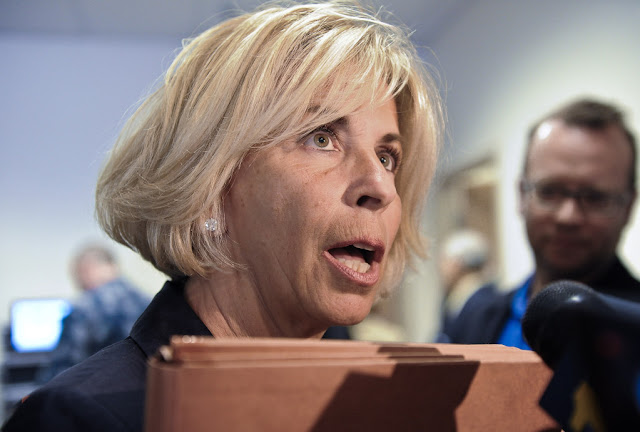 Janet DiFiore, the chief judge of New York, this week used her office to push the left’s politically correct talking point that President Trump is out to deport every single immigrant.
At a Court of Appeals hearing on providing legal services to the poor, DiFiore slammed the legal profession for not doing enough to help illegal immigrants survive the Trump era.
“With the heightened focus on immigration, there are many thousands of individuals being held and facing deportation without the assistance of counsel,” she said.
“Members of our profession have a moral and ethical obligation to respond to this growing crisis and to find ways to provide effective assistance of counsel to this very vulnerable population.”
DiFiore says the shifting “values of the current federal administration” pose a massive threat to thousands of New Yorkers. But no crisis is actually even on the horizon.
To the extent that Trump has ramped up enforcement, it’s been on the border and against those illegal immigrants who’ve committed crimes here in America, including gangs like MS-13.
Yes, he announced he’s ending the (unconstitutional) Obama policy on the “Dreamers”— but only while practically begging Congress to send him a bill to grant them actual legal protection. He’s even eager to strike a deal with Democrats, if that’s what it takes.
The top jurist in New York should be sticking to the facts — not feeding lefty fantasies.
Source>http://nypost.com/2017/09/22/nys-chief-judge-pushes-hysteria-from-the-bench/
Posted by theodore miraldi at 9:24 AM