This 12-Yr. Old ‘TRANSITIONED’ To A Girl, Took HORMONES, Then CHANGED His Mind

This horrific experience is the result of bad parenting. Children live in anime mimicking the behaviors of their parents in search of their natural gender assignment. If a parent promotes Transgendering to an undeveloped child the are committing their child to a life of uncertainty and insecurity within their natural peer group...tmiraldi 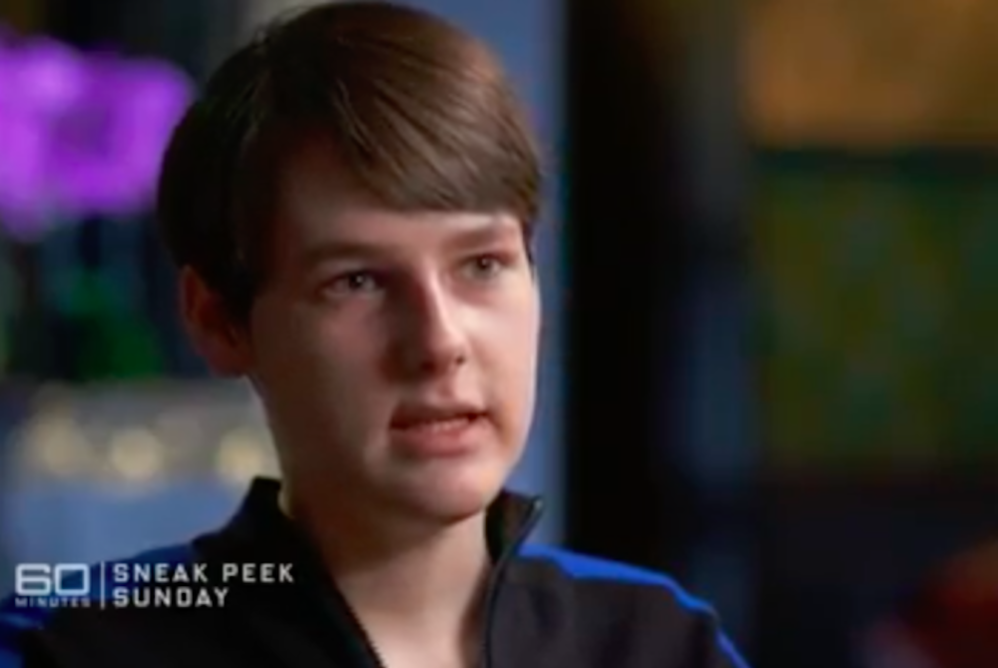 A preview for an upcoming episode of “60 Minutes Australia” features a teenage boy who tried to “transition” to a girl then changed his mind. In the minute-long snippet, the mother of a boy identified as Patrick admits she fed him hormones that were prescribed in an effort to help him become a girl, which she says her son wanted for a time.
“When he was young he would dress up in girls’ clothes,” Patrick’s mom said. “At one stage he did say to me, could he be taken to the doctor to be changed into a girl.”

“I felt like I was on the right path to becoming a girl,” Patrick said. But then Patrick changed his mind.
“He looked me in the eye and said, ‘I’m just not sure that I am a girl,'” his mom said.
Patrick’s story of regretting the decision to “transition,” or try to appear opposite of one’s biological sex, is not uncommon. A 21-year-old woman from New Zealand took hormones for several years in an effort to make her body appear more like a man’s. While undergoing hormone treatments,Zahra Cooper says she became irritable, depressed, and attempted suicide. She eventually decided to stop the process and embrace being a woman again — a decision her significant other and grandfather say has made her happier.
Source>http://thefederalist.com/2017/09/08/12-year-old-boy-transitioned-girl-took-hormones-changed-mind/