When the TRUTH Is Crazy

Trump is diagnosed with a severe case of conformity- 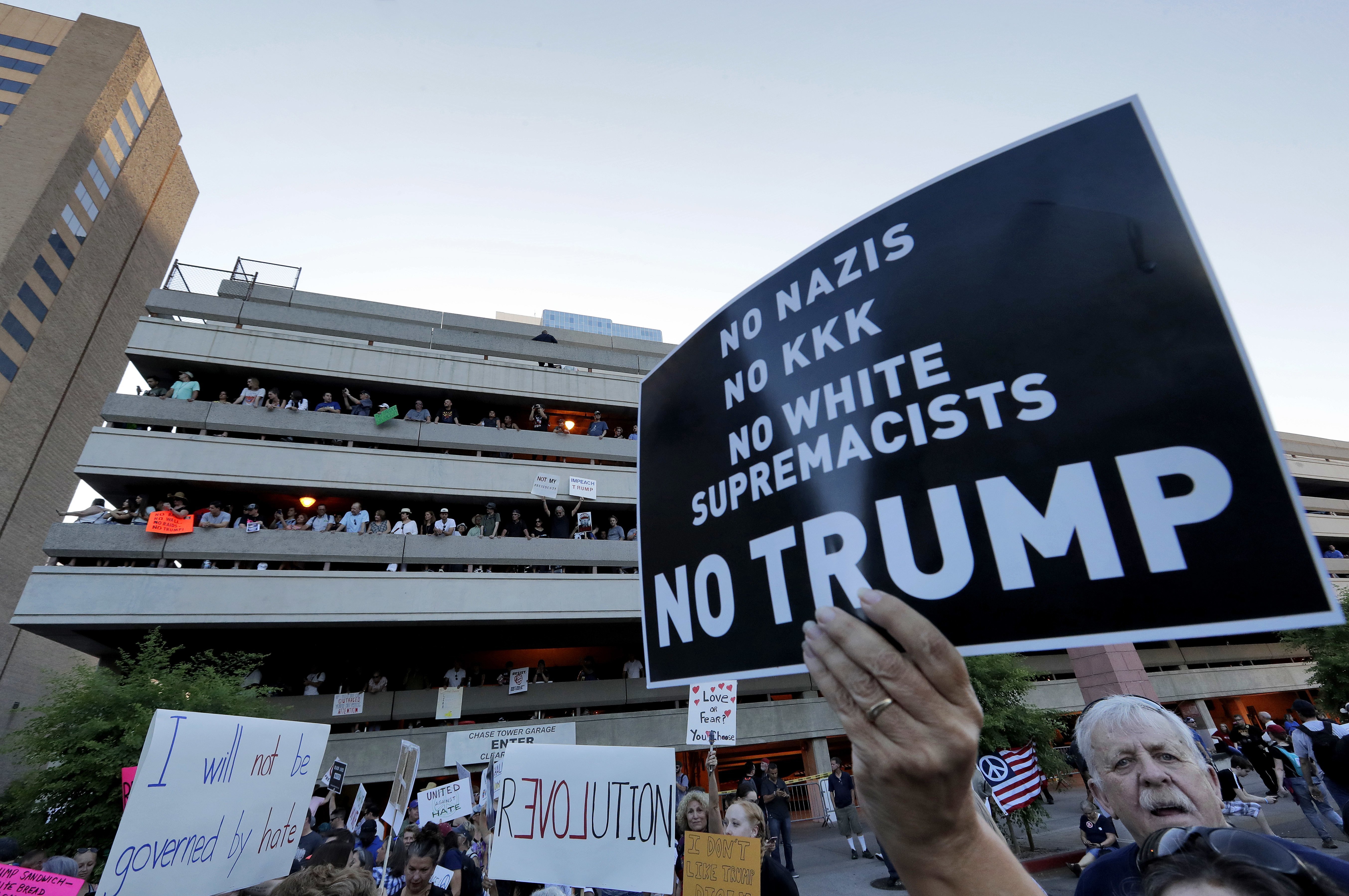 Two things are intriguing about the “Trump is mentally ill” murmur that CNN’s Brian Stelter, on his show “Reliable Sources,” claimed is rife among the media.
Mr. Trump’s mental health is being questioned because he insists on saying a true thing about the violence in Charlottesville. Even the visible dismay on the faces of his own aides at his Aug. 15 press conference was there because he spontaneously reverted to the truth when they thought they had extorted his promise to refer only to the violence of the white-supremacist groups.
The other thing to notice is that “Trump is a liar,” another favorite media theme (one with considerable validity), has had to be put on hold for the duration.
Mr. Trump is being diagnosed as crazy for insisting on an undisputed fact. Sociologically, this is interesting. A columnist of a more polemical bent might even make reference to the Soviet-era practice of condemning citizens to mental institutions for questioning the lies of the state.
This would be a cheap shot. Failure to conform, in any society, is treated in casual parlance as prima facie evidence of insanity. And the media, in any society, exist at least partly to enforce such conformity, not truthfulness.
Let me repeat: Many who enter the media profession do so because they have an extraordinary need to conform, to be seen conforming, to make others conform.
It is only a slight oversimplification to say there are two kinds of people in the world.
Call one Steven Mnuchin. He, with genuine perplexity, answered an open letter from his Yale colleagues by saying: “While I find it hard to believe I should have to defend myself on this, or the president, I feel compelled to let you know that the president in no way, shape or form, believes that neo-Nazi and other hate groups who endorse violence are equivalent to groups that demonstrate in peaceful and lawful ways.”
Call the other Gary Cohn, who felt the need to proclaim his dismay that anybody would “equate” violent racists with peaceful protesters, though no one did, including President Trump.
Now here’s where we throw a curveball. There is a reason politicians constantly preach to themselves to stay “on message.” The goal of political speech is always instrumental, to bend the game to your benefit, to minimize the opposition’s opportunity to gain advantage.
Mr. Trump’s failure to stay on what his staff, including Mr. Cohn, obviously think is the proper message in relation to Charlottesville has been costly. If Mr. Trump hoped to deliver tax reform, his chances seem slimmer now. If he hoped to build his rapport with Republicans and lead them to victory in the 2018 midterms, that also seems a mite less likely now.
Then again, does Mr. Trump really want these things? Did he really want to be president at all? These questions at the time made nominating him seem like a bad idea. Mr. Trump’s purposes are not your purposes, Republicans. You forget this at your peril.
From the media, we still await an authoritative reconstruction of what happened in Charlottesville, but in the reporting so far the “Antifa” activists never have names and aren’t quoted, whereas neo-Nazis and white nationalists babble freely to the press.
Either the Antifa types don’t talk to the press, or the press makes no effort to talk to the Antifa types. Either way, it’s especially weird in cases like the Aug. 19 Boston riot or last weekend’s melee in Berkeley where the sole or primary actors were antifascist activists. Their alleged fascist enemies were few or nonexistent. In the Berkeley case, a pro-Trump rally had been canceled but Antifa actors showed up anyway and attacked whoever was handy.
The election of Mr. Trump was partly a fabulous accident, a fluky outcome of the Electoral College. His margin may well have been provided by the FBI and U.S. intelligence establishment’s galumphing intervention in the Hillary Clinton email matter.
That said, this accident could have been met more constructively by Democrats and the media if they had been willing to build on Mr. Trump’s basic nonattachment to party and his willingness to do deals to move the country forward.
Unfortunately another accident intervened: Russia. That Democrats and the media spent so much of his first months trying to paint Mr. Trump as a Russian agent needs to be explained: this theme hand-delivered to them by a U.S. intelligence establishment now trying to cover up its earlier Inspector Clouseau efforts to keep Mr. Trump out of the White House.
The true story of the Trump era will take a novelist, not a historian, to do it justice.