Clinton and the Rosenbergs: Let's DARE Call It TREASON 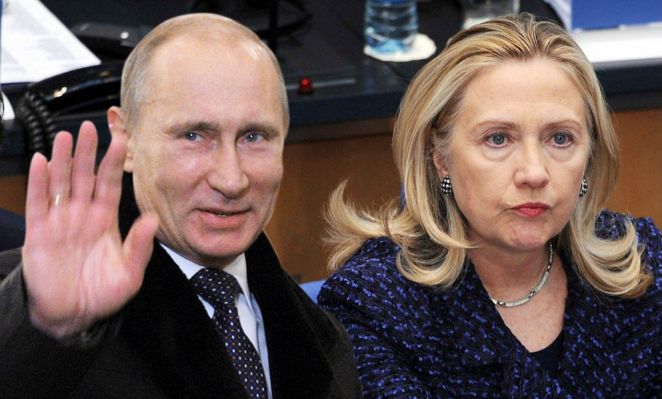 To some, any comparison between the Clintons and the Rosenbergs is a bridge too far, yet both gave aid and comfort to a strategic enemy, Russia, aid that enhanced the capability of America’s enemies to wage nuclear war on the United States. The Rosenbergs trafficked in the design of nuclear weapons while the Clintons trafficked in the raw material for nuclear weapons -- uranium. It is adistinction without a difference not lost on former deputy assistant to President Trump, Sebastian Gorka:

Gorka spoke during an interview with Fox commentator Sean Hannity on his show Hannity. The two discussed Secretary of State Clinton’s involvement in the 2009 U.S. decision to allow the sale of Uranium One, a Canadian mining firm with licenses to mine American uranium deposits in Kazakhstan.

“If this had happened in the 1950s there would be people up on treason charges right now,” Gorka told Hannity of the decision to allow the sale of Uranium One…

“This is equivalent to what the Rosenbergs did and those people got the chair,” Gorka said. “Think about it. Giving away nuclear capabilities to our enemies. That’s what we’re talking about.”

Gorka was referring to Julius and Ethel Rosenberg, who were executed by electric chair in June 1953 after they were accused of giving top-secret nuclear weapon designs to the Soviet Union.

Indeed, let’s think about it. Just where did the uranium processed by Uranium One end up? Nuclear regulatory officials assured at least one senator, John Barrasso of Wyoming, that no uranium owned by Uranium One would leave the country with proper export license. Yet that is not what happened:

The Nuclear Regulatory Commission wrote to Mr. Barrasso assuring him that American uranium would be preserved for domestic use, regardless of who owned it.

“In order to export uranium from the United States, Uranium One Inc. or ARMZ would need to apply for and obtain a specific NRC license authorizing the export of uranium for use as reactor fuel,” the letter said…

In Wyoming, where Uranium One equipment is scattered across his 35,000-acre ranch, John Christensen is frustrated that repeated changes in corporate ownership over the years led to French, South African, Canadian and, finally, Russian control over mining rights on his property.

“I hate to see a foreign government own mining rights here in the United States,” he said. “I don’t think that should happen.”

Mr. Christensen, 65, noted that despite assurances by the Nuclear Regulatory Commission that uranium could not leave the country without Uranium One or ARMZ obtaining an export license -- which they do not have -- yellowcake from his property was routinely packed into drums and trucked off to a processing plant in Canada.

Asked about that, the commission confirmed that Uranium One has, in fact, shipped yellowcake to Canada even though it does not have an export license. Instead, the transport company doing the shipping, RSB Logistic Services, has the license. A commission spokesman said that “to the best of our knowledge” most of the uranium sent to Canada for processing was returned for use in the United States. A Uranium One spokeswoman, Donna Wichers, said 25 percent had gone to Western Europe and Japan. At the moment, with the uranium market in a downturn, nothing is being shipped from the Wyoming mines.

We in fact may have no idea how much yellowcake was exported illegally to foreign buyers and who these buyers were. They could have been representatives of rogue regimes like North Korea and Iran. Neither they nor Russia is very much interested these days in the peaceful uses of nuclear power. They are interested in building nuclear bombs and putting them on missiles pointed at the United States.

Is this treason like that committed by the Rosenbergs? If it is not, then just what would be? Certainly Democrats have a very low threshold for treason when it comes to the Trump administration:

Hillary Clinton's former running mate, Sen. Tim Kaine, said Donald Trump Jr. may have committed treason when he agreed to meet with a Russian lawyer under the pretense of getting dirt on Clinton.

"That, the investigation -- it, it's not -- nothing is proven yet. But, we're now beyond obstruction of justice in terms of what's being investigated," the Virginia Democrat told CNN Tuesday. "This is moving into perjury, false statements and even potentially treason.

Liberals have been using “treason” in sentences with “Trump” as if the two were synonyms, despite there being no evidence whatsoever proving the Trump administration colluded with Russia on anything obstructed investigations into this nonevent:

One day later, on Tuesday, Michael Winship, senior writer for BillMoyers.com, wrote an opinion piece titled, “‘There’s a Smell of Treason in the Air’” Winship is a former senior writing fellow at the progressive advocacy group Demos, which is financed bybillionaire George Soros…

The title of Winship’s article, meanwhile, comes from a quote in the Washington Post last week provided by presidential historian Douglas Brinkley, who told the newspaper, “There’s a smell of treason in the air. Imagine if J. Edgar Hoover or any other FBI director would have testified against a sitting president? It would have been a mindboggling event.”

On cue, Rep. Ted Lieu (D-CA) warned Friday of a “cloud of treason” hanging over the Trump administration. “The bombshell revelation that US officials have information that suggests Trump associates may have colluded with the Russians means we must pause the entire Trump agenda,” he said.

That “cloud of treason” pales in comparison with the mushroom cloud of treason that hangs over the Clintons who, like the Rosenbergs, arguably enhanced the ability of our enemies to produce nuclear weapons to be used against the United States. In this, they are no different than the Rosenbergs.

None dare call it treason? Maybe we should.

Posted by theodore miraldi at 4:13 PM