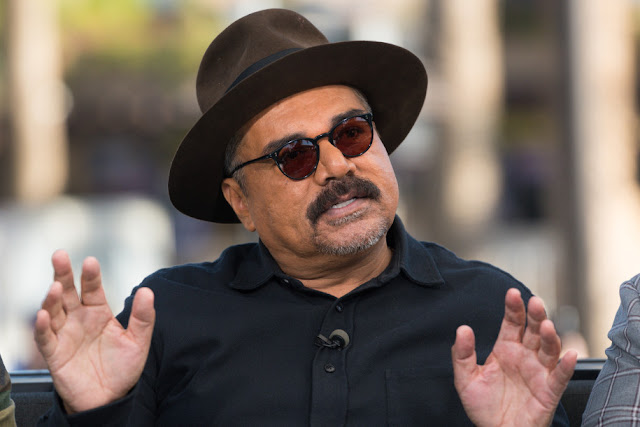 
Comic George Lopez was booed off stage at a gala for juvenile diabetes in Denver last week, over an anti-Donald Trump routine that fell flat with the crowd.
We’re told the flap began when Trump backer and Liberty Media CEO Greg Maffei donated $250,000 but requested that Lopez cool it with the anti-Trump jokes at the Carousel Ball.
An attendee at the event — where tables sold from $5,000 to $100,000 to benefit the Barbara Davis Center for Diabetes — commented on a YouTube video that “George was asked nicely to stop making Trump jokes by a man in front row [Maffei] who just donated $250K.” But “George doesn’t, continues. Gets booed.”
We’re told that Lopez responded to Maffei, “Thank you for changing my opinion on old white men, but it doesn’t change the way I feel about orange men.”
Trying to recover and sensing the audience turn, Lopez said, “Listen, it’s about the kids . . . I apologize for bringing politics to an event. This is America — it still is. So I apologize to your white privilege.”
We’re told Lopez also told a joke about Trump’s proposed border wall with Mexico, saying, “I guess you can get some Mexicans to do it cheaper and they wouldn’t crush the tunnels ­underneath.”
When the audience did not respond well, he quipped, “Are you El Chapo people?” in reference to the drug kingpin who has used tunnels to evade authorities.
Lopez then announced a video segment — but he did not return to the stage, and a local newscaster took over the hosting duties.
TV host Chris Parente posted on Twitter, “big controversy: host of HUGE charity #CarouselBall, @georgelopez, makes political comments about Trump, drops f-bomb and is escorted out.” But a source close to the comedian insisted to Page Six that Lopez’s segment was “only supposed to be four minutes,” even though he was listed as the night’s emcee.
Lenny Kravitz performed at the gala, which raised $1.65 million.
Reps had no comment.
Source>https://pagesix.com/2017/10/14/george-lopez-booed-off-stage-after-trump-jokes-flop-at-gala/
Posted by theodore miraldi at 6:27 PM