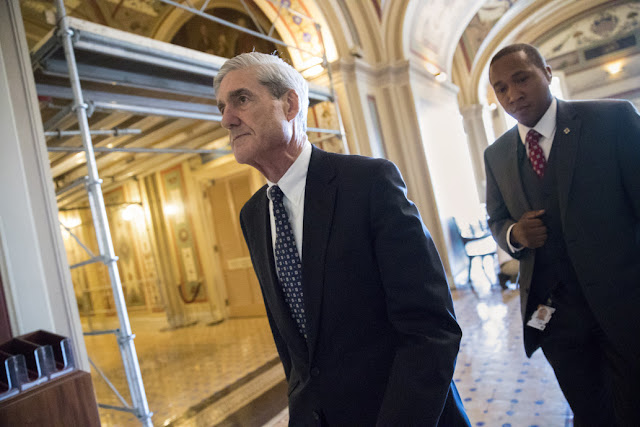 
Lefty cheers for Robert Mueller’s investigation into Russian meddling in US politics may soon fade now that he’s reportedly looking into a top Democratic lobbyist.
NBC reports that Tony Podesta (the brother of Hillary Clinton’s campaign chairman, John Podesta) and his firm are the subjects of a criminal investigation by the special prosecutor.

And this comes amid new reports that the FBI gathered evidence for two years as Russian agents — including a major sleeper cell — worked to gain access to then-Secretary of State Clinton, husband Bill and members of their inner circle.
All of which underscores that, yes, Russia has long been trying to worm its way into US politics. But that effort went far, far beyond any schemes to help elect Donald Trump president.
The Podesta probe concerns suggestions he failed to fully disclose spending (a felony) while lobbying for a pro-Russian Ukrainian group.
The firm updated its foreign-agent-registration forms only after news reports disclosed Podesta’s payments from the European Center for a Modern Ukraine.
Meanwhile, The Hill is reporting new details of a years-long FBI investigation that tracked Moscow’s covert influence-buying activities — including planting a spy posing as an accountant in the offices of a top Clinton donor.
Team Hillary has long denied that she was a target of the spy ring, but an FBI source told The Hill: “There is not one shred of doubt from the evidence that we had that the Russians had set their sights on Clinton’s inner circle.”
All this, of course, follows reports the Obama administration knew Russia was engaged in a campaign of bribery and extortion — yet allowed a deal to go through giving Moscow control of one-fifth of America’s uranium.
Yes, there’s something to investigate here. But it goes way beyond Donald Trump.
Source>http://nypost.com/2017/10/23/now-democrats-have-a-russia-problem/

Posted by theodore miraldi at 8:55 AM