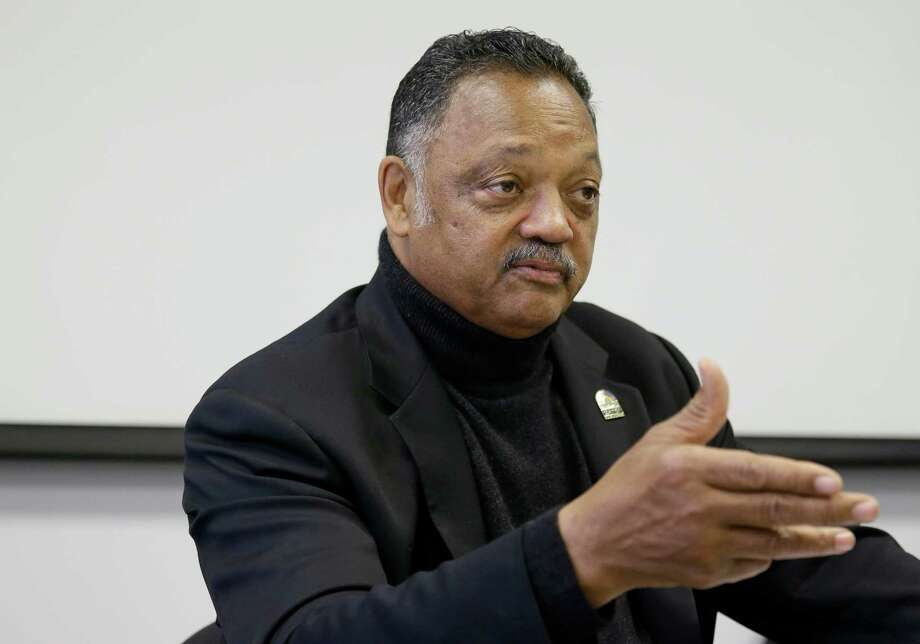 SEATTLE - Reverend Jesse Jackson, the noted civil rights activist, wants to have an extensive conversation with Texans owner Bob McNair.
In the wake of a firestorm of controversy following McNair saying "We can't have the inmates running the prison," at a recent NFL owners meetings, Jackson was sharply critical of the remarks in a telephone interview Sunday with The Houston Chronicle. Jackson accused owners, including McNair,  of having a "plantation mentality."
Jackson added that there should be sanctions against McNair for his comments. McNair has apologized publicly in a statement and privately to his players and stated that he wasn't referring to players in those remarks.
said he reached out to McNair and Dallas Cowboys owner Jerry Jones and hasn't heard back from them.
Jackson suggested that the NFL provide extensive details about what was said at the closed-door meeting regarding players' national anthem protests.
"They really should make the minutes of that meeting public," Jackson said. "I understand there were some other things said that were just as bad from other owners. They have kind of a plantation mentality. The players are objectified in some sense. Mr. McNair is a product of the South. They act like he's a victim or misunderstood, but those players have made him a wealthy man.
"Mr. McNair said he's sorry, but he also said what he said in an uninhibited way when he's in a private meeting with the other owners. There should be some kind of sanctions. Other owners heard him talk that way and they shouldn't condone that kind of talk."
Jackson believes there's an opportunity to bring people together through this situation.
"I reached out to Mr. McNair, I haven't heard back from him," Jackson said. "I reached out to Jerry Jones, I haven't heard back from him. I would love to talk with him and Jerry Jones and put together a plan. There's a way to to increase equality and put together a plan for fairness. This is a solvable problem."
Jackson applauded players, including former San Francisco 49ers quarterback Colin Kaepernick, for their courage in protesting and suggested they take ir further.
"The players should escalate their nonviolent protests," Jackson said. "Donald Trump called them 'sons of bitches.' Kaepernick is not degrading the flag. He's kneeling to pray, which is in our best tradition. If we had not knelt and prayed nonviolently, where would be today as a society?
"Blacks and whites couldn't have played together and stayed together and celebrated together. If not for the civil rights movement, you couldn't have had that team in Houston. We were successful in our protests and the walls came down."
Source>http://www.chron.com/sports/texans/article/Rev-Jesse-Jackson-NFL-owners-plantation-mentality-12315578.php
Posted by theodore miraldi at 7:48 AM