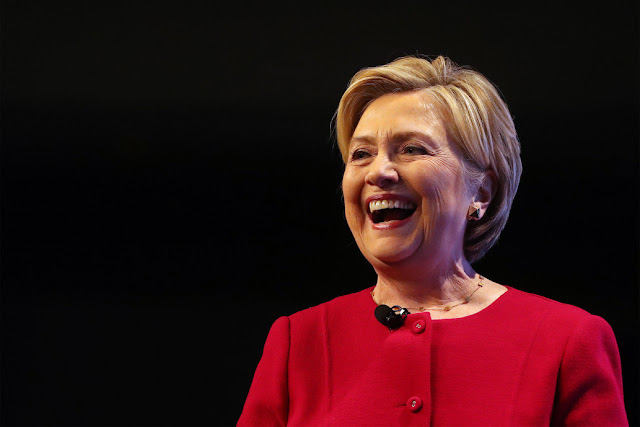 
And so the worm turns. Make that worms.
Just as key congressional panels open new probes into the still-smoking debris of last year’s election, the revelation that Hillary Clinton’s campaign and the Democratic National Committee paid as much $9 million for the discredited Russian dossier on Donald Trump flips the collusion script on its head.
Now it’s Democrats’ turn in the barrel.
The explosive report in the Washington Post goes a long way to explaining how the dossier was so widely spread among political reporters during the election. The Clinton camp must have passed it out like Halloween candy to its media handmaidens.
News organizations tried for months to confirm the salacious details, but couldn’t. The document became public when BuzzFeed, a loud Clinton booster, published it 10 days before the inauguration, while acknowledging it couldn’t verify the contents.
The Post report provides possible answers to other questions, too. Because Clinton’s team paid for the dossier, it’s likely that she gave it to the FBI, where James Comey planned to hire the former British agent who had compiled it to keep digging dirt on Trump.
The finding also raises the possibility that the dossier is what led the Obama White House to snoop on members of Trump’s team, and leak the “unmasked” names to the anti-Trump media in a bid to help Clinton.
In short, we now have compelling evidence that the dossier was the largest and dirtiest dirty trick of the 2016 campaign. And Clinton, who has played the victim card ever since her loss, was behind it the whole time.
Anybody surprised? Me neither.
Source>http://nypost.com/2017/10/24/the-trump-dossier-was-clintons-dirtiest-political-trick/
Posted by theodore miraldi at 8:08 AM