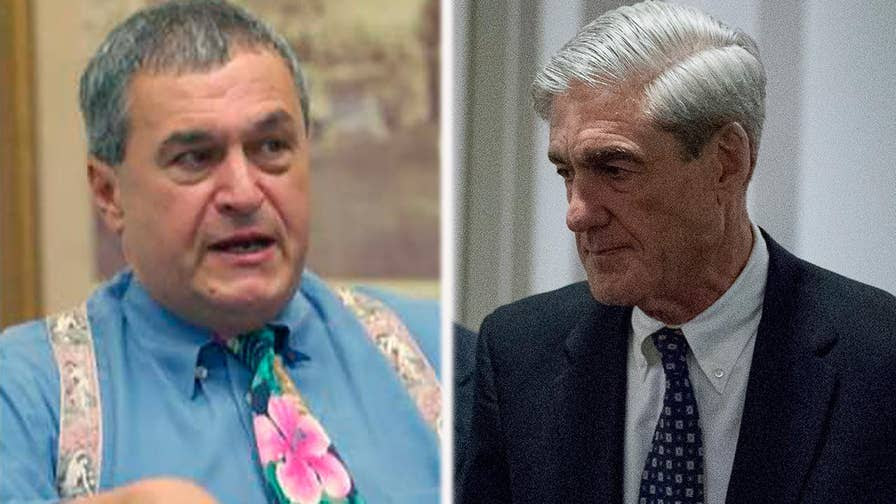 Tony Podesta, founder of the Podesta Group and brother of former Hillary Clinton campaign chairman John Podesta, is resigning from his lobbying company.
Podesta and his lobbying firm were subjects of a federal investigation led by Special Counsel Robert Mueller.
The Podesta Group was one of several firms that worked on a campaign called the European Centre for a Modern Ukraine. The campaign was led by Paul Manafort and promoted Ukraine’s image in the West.
Manafort, who served as President Trump's campaign manager for a period last summer, was indicted Friday by Mueller's team for several charges dating back to his work in Ukraine.
According to Politico, which first reported the story, Podesta will be handing over full operational and financial control to the company’s CEO Kimberly Fritts.
In an email to his staff, Podesta reportedly said he was stepping down because he "needs to fight this as an individual, but doesn't want the firm to fight it," a person familiar with the farewell speech said.
Dubbed on of DC’s “50 heavy lifters” by the Financial Times and one of “Washington’s biggest players” by The New York Times, Podesta turned his once-modest lobbying firm into a heavy hitter.
But in the wake of the Mueller investigation the Podesta Group has struggled. About a half dozen of its clients have cut ties with the firm this year. The firm brought in an estimated $4.8 million in the third quarter of 2017, down from $6.1 million in the third quarter of 2016.
Source>http://www.foxnews.com/politics/2017/10/30/brother-clinton-campaign-chair-steps-down-from-lobbying-firm-amid-reports-scrutiny-from-special-counsel.html
Posted by theodore miraldi at 2:24 PM