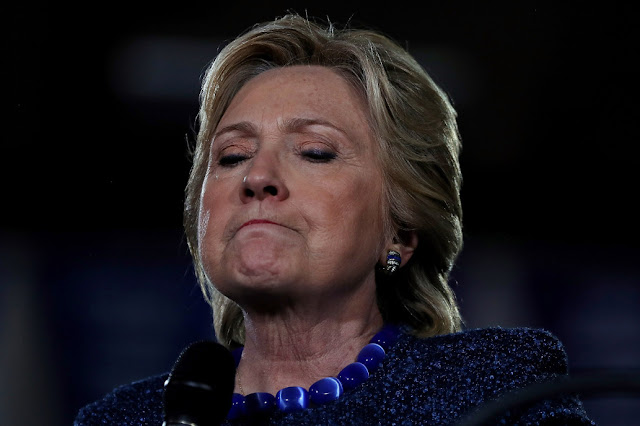 What’s the difference between the infamous Russian dossier on Donald Trump and that random fake-news story you saw on Facebook last year? The latter was never used by America’s intelligence community to bolster its case for spying on American citizens nor was it the foundation for a year’s worth of media coverage.


Then again, you get what you pay for. We now know Hillary Clinton and the Democratic National Committee paid as much as $9 million for the discredited dossier on Trump.
According to The Washington Post, a lawyer named Marc Elias, who represented both the 2016 Clinton campaign and the Democratic National Committee, had hired Fusion GPS, a DC firm working on behalf of the Russian government to soften sanctions at the time, to provide opposition research for them. The firm then hired a former British spy named Christopher Steele who reportedly purchased salacious rumors about Trump from the Russians.
Now, you might expect that the scandalous revelation of a political campaign using opposition research that was partially obtained from a hostile foreign power during a national election would ignite shrieks of “collusion” from all patriotic citizens. After all, only last summer, when it was reported that Donald Trump Jr. met with a Kremlin-linked Russian lawyer who claimed to be in possession of damaging information about Clinton, there was widespread condemnation.
Finally, we were told, a smoking gun tied the Trump campaign to Vladimir Putin. Former Democratic vice presidential candidate Tim Kaine went as far as to suggest that the independent counsel begin investigating treason.
Treason! Trump Jr. didn’t even pay for or accept research.
The Clinton crew, on the other hand, did. They didn’t openly push the contents of the dossier — probably because they knew it was mostly fiction. Instead, Fusion GPS leaked it to their friends in the media.
The dossier ended up in the possession of most major news outlets. Many journalists relied on Fusion GPS to propel coverage. BuzzFeed even posted the entire thing for Americans to read, even though it was more than likely its most scandalous parts were hatched by a foreign government.
The memo dominated newsrooms that were convinced Trump was a Manchurian candidate. No fake-news story came close to having this kind of impact.
Democrats in Washington are now pushing the “Honest Ads Act,” which creates a raft of new regulations and fines for Web sites that don’t do enough to combat fake news. Attempting to control the flow of information into our screens is the hobbyhorse of would-be censors. But since they’re at it, when do we get a bill that fines institutional media organizations that readily embrace bogus foreign dossiers?
Because the dossier didn’t just awaken the Russia-stole-our-democracy narratives in the media. It’s just as likely that the dossier was used by Clinton’s allies in the government.
The Obama administration reportedly relied on the dossier to bolster its spying on US citizens. We know of at least one case where the information was used to justify a FISA warrant on a Trump adviser. And let’s not forget that Steele had reached an agreement to be compensated for his efforts by the FBI.
None of this excuses the actions of Paul Manafort and others who may have benefitted from their relationship with the Russians. Yet, using the very standards Democrats have constructed over the past year, the Fusion GPS story is now the most tangible evidence we possess of Russian interference in the American election.
And at some point, Democrats will have to decide whether it’s wrong for a political campaign to work with foreigners when obtaining opposition research or whether it’s acceptable. We can’t have different standards for Democrats and Republicans.
Otherwise people might start to get the idea that all the histrionics over the past year weren’t really about Russian interference at all, but rather about Hillary losing an election that they assumed she’d win.
Source>http://nypost.com/2017/10/25/why-doesnt-hillarys-dossier-trick-count-as-treason/