A ‘Marxist’ Explanation for the Trump REVOLUTION 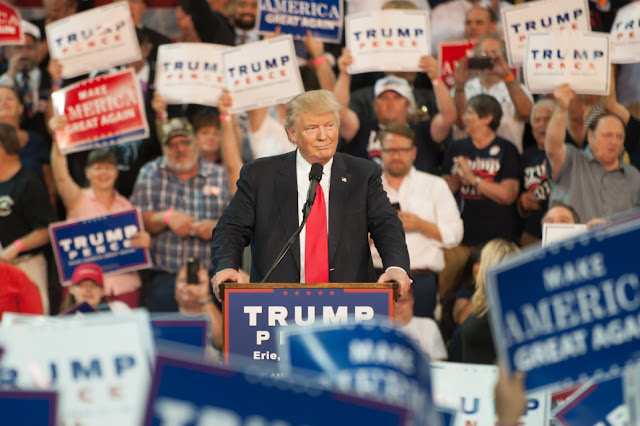 ‘Red October” was the name for a great Cold War movie. It’s also the name for the Communist takeover of the Russian government on Oct. 26, 1917, when Bolshevik forces stormed the Winter Palace in today’s St. Petersburg. That’s according to the old-style calendar; in the new calendar, the 100th anniversary of the Revolution is Tuesday, Nov. 7.
We had our own revolution, a year ago. Which makes it a good time to compare Red October with red-state America, the Trump revolution in American politics.
I got a heads up about the comparison at a 2015 dinner, when I heard a congressman complain about the members of the House’s rambunctious and very conservative Freedom Caucus. “Right-wing Marxists,” he called them. Aha, I thought. That’s me.
Don’t get me wrong. I’m as aware as anyone of all the misery communism gave us, the murders, the twisted lives. I don’t even buy the idiotic notion that this was justified by good intentions. But in one respect Karl Marx understood something about America, something that explains the Trump revolution.
With all the horrors of communism, with all the misery it unleashed on the world, Karl Marx still has something to tell us. Something about the problem he had with America. It didn’t fit with his theories. He said society progressed in stages: first feudalism, then capitalism, then socialism. But in 1852, when he wrote “The Eighteenth Brumaire of Louis Napoleon,” the most advanced capitalist society was that of the United States, and it was nowhere near socialism.
That was a bit of an embarrassment for Marx, but then he had an explanation for what he might have called American Exceptionalism.
There were social classes in America but no class-consciousness because the country was so mobile. Throughout the 20th century, this was the answer sociologists gave to “why it didn’t happen here.” Income mobility explained why we didn’t have a Labor Party as Britain did, why socialism never took hold in the United States.
But now we’ve become immobile. We’ve grown an aristocracy, a class of smug bicoastal liberals who look down at the deplorables who voted for Trump, who can’t even accept that Trump won the election. And in last year’s election we saw what Marx would have predicted, a revolution of the underclass. There was no tsar, but there was a tsarina who thought herself entitled to the presidency.
The revolution sought to restore the American Dream, the idea of a country where all may rise, where our kids will have it better than we did. Today the dream has been betrayed, and we all know it. We also know that what would make us mobile again is a good K-12 education system, sensible immigration laws, an end to the barriers erected by the regulatory state, all the things elite liberals oppose.
The election was thus a struggle between one set of voters with a revolutionary consciousness against a counter-revolutionary class that denied that any change was possible. It was like 1917, with the difference that now it’s the Left that is counter-revolutionary, that wants to keep things as they are — unjust, unequal.
And that’s why, of the different kinds of Marxism, mine is right-wing. It wasn’t free-market capitalism that made us immobile. Instead, it was all the barriers to advancement that liberals created, through statutes and regulations that place a stumbling block in the path of those who seek to rise. Today it’s the socialist who is objectively counter-revolutionary, for there’s nothing more truly revolutionary than a capitalist system that opens its doors to talent and industry, that erases unearned privileges.
There’s another sense in which I’m a Marxist. I see public policy questions through an economic prism. I don’t deny that culture matters, children need two-parent families, drug dependency holds people back. I simply don’t think the state can do much to change things, except make it worse, and believe that David Hume wasn’t far off when he observed, “all plans of government, which suppose great reformation in the manners of mankind, are plainly imaginary.”
Today, the only moral rearmament crusade we need from the government is one that gives people jobs. After that we can take care of ourselves.
Source>http://nypost.com/2017/11/03/a-marxist-explanation-for-the-trump-revolution/
Posted by theodore miraldi at 8:34 AM