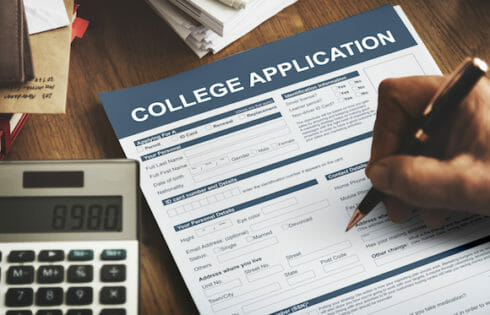 Brown University is implementing a change to its graduate school application that will allow applicants to “self-identify” as persons of color. Multiple efforts by The College Fix to clarify the details of this change were ignored by campus officials.
The policy comes as a result of complaints made by graduate students on the Graduate School advisory board that international and Asian American students are not treated as members of historically underrepresented groups by the university, according to The Brown Daily Herald.
One graduate student, Lydia Kelow-Bennett, told The Herald that this decision has led to “institutional invisibility” for these students. Brown defines historically underrepresented groups as “American Indian, Alaskan Native, African American, Hispanic or Latinx and Native Hawaiian and/or Pacific Islander.” The school’s diversity initiatives are intended to benefit members of these groups.
Brown’s criteria for historical underrepresentation “caused some students to not receive invitations to certain events, such as a multicultural student dinner,” The Herald reported.
How allowing applicants to self-identify as persons of color will affect policy relating to the diversity initiatives, and whether the university will take any steps to verify applicants’ self-identification, remain unclear. The Fix reached out multiple times to Brown’s graduate admissions office to inquire into how Brown would ensure that applicants were telling the truth about their self-identified ethnicity. The office did not respond.
The Fix also reached out to Marlina Duncan, the dean of diversity initiatives, to learn whether or not self-identifying as a person of color has any impact on an applicant’s prospects for admission. Duncan did not respond.
Reached by email, campus spokesman Brian Clark provided The Fix with a link to an article from Brown’s online news department celebrating the graduate school’s “most diverse class to date.” The article did not actually address the matter of minority self-identification.
When pressed about the change to the graduate school application–specifically how the option to “self-identify” as a minority differs from the standard ethnicity queries on other college applications–Clark gave no response.
Other universities allow students to “identify” a certain way in order to qualify for admissions or receive various benefits. The University of California, Davis, awards financial grants to students who identify as LGBT or as an illegal immigrant.


And in recent years, several all-women’s colleges have permitted men who identify as women to apply. Some sororities have followed suit.
SOURCE>https://www.thecollegefix.com/post/39422/
Posted by theodore miraldi at 4:26 PM