CELEBRITIES Call for RELEASE of Woman CONVICTED of First-Degree Murder

The Left's Too Little, Too Late narrative is just another false emotive flag for relevance...tmiraldi 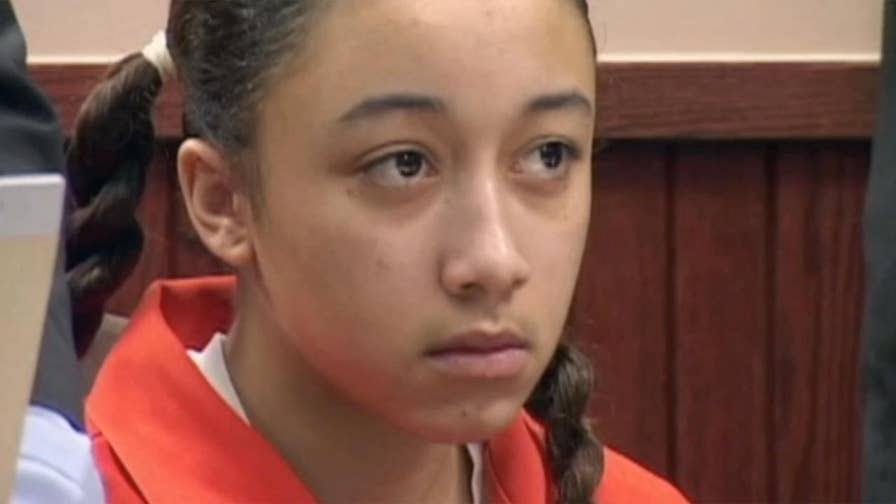 Celebrities like Lebron James and Kim Kardashian are calling on authorities to release a woman serving a life sentence for killing a man who had hired her for sex when she was 16.
Cyntoia Brown, now 29, fired the shot that killed a 43-year-old Nashville realtor who had picked her up for sex. It is unclear what sparked the renewed interest in Brown’s 2006 conviction, but there was a recent report on Fox 17.
“We were very, very appreciative of the fact that such an incredible number of celebrities would join our plea,” Charles Bone, a lawyer who took on the case pro bono, told The New York Times. “She was thrilled by the fact that people really cared.”
The Department of Corrections declined Fox 17’s interview request, but a PBS documentary filmmaker shared some of the footage with the station.
“We started the conversation,” Dan Birman told Fox 17. "This is a young girl who's at the tail end of three generations of violence against women. She had no chance."
At the age of 16, Brown was a runaway who had been crashing with friends in Nashville for about a year. Toward the middle or end of July 2004, she met a 24-year-old man nicknamed Cut-throat. They started living together — staying at different motels around town and snorting cocaine every day.
He allegedly abused her physically and sexually. She said he once choked her until she passed out. Other times he allegedly pulled a gun on her.
“He would explain to me that some people were born whores, and that I was one, and I was a slut, and nobody’d want me but him, and the best thing I could do was just learn to be a good whore,” she testified.
He forced her to prostitute herself so that they would have money to live, she said. On the day she met Johnny Allen — Aug. 5, 2004 — the man she called Cut had hit her and told her to go out and bring back some money.
Allen picked her up off the street and bought her some fast food. He asked her if she was OK, but after listening to her story, asked if she was “up for any action,” Brown said.
He drove her back to his house where his strange behavior frightened her and made her want to escape. When she couldn’t sneak away, she said she wanted to nap.
He lay down with her but didn’t fall asleep. He kept getting up and standing over her. She became more panicked, convinced something was going to happen to her. Finally, she shrugged off his advances and, as he rolled over, she took a gun from her purse and shot him once in the head.
In 2004, prosecutors in Nashville said Brown killed Allen in order to steal from him — she left with his pants, containing his wallet, and some guns. At her 2006 trial, the jury sided with prosecutors, convicting Brown of first-degree murder and sentencing her to life in prison.
She is currently serving her time in the Tennessee Prison for Women in Nashville.
Derri Smith, the founder of End Slavery TN, said, “She did kill someone. She deeply regrets it, but she was a child and she was being exploited.”
The Fox 17 report said if Brown’s case were heard today, the court would treat her as a human trafficking victim.
A clinical and forensic psychiatrist testified during her trial that Brown’s erratic behavior could be explained by her birth mother’s abuse of alcohol while she was pregnant. Experts have diagnosed Brown as suffering from alcohol-related neurodevelopmental disorder — a type of fetal alcohol syndrome disorder that he characterized as a “severe mental disease and defect.”
State Rep. Jeremy Faison, a Republican from Nashville, told The New York Times that he visited Brown in 2015 and has since been advocating for her release.
“I was amazed at the person I met,” he told the paper. “She was kind, intelligent, she had a disposition or presence about her that was just amazing.”
Bone, her lawyer, told The Times that he hopes for a new trial due to her public defender’s work and urged the state to consider the case and possibly shorten the sentence.
Jeff Burks, the prosecutor who prosecuted Brown as is now in Georgia, told Fox 17 that Brown does not deserve clemency.
"There has been a group of people who have wanted to make Ms. Brown a victim and a celebrity since this happened," Brown wrote to Fox 17 News. "She was not 'trafficked' nor was she a 'sex slave.' It's not fair to the victim and his family that the other side of this case is so seldom heard."
The Associated Press contributed to this report