Just one year ago, when denouncing serial predator and likely rapist Bill Clinton might have mattered, the Left instead embraced him and cheered on his chief enabler. 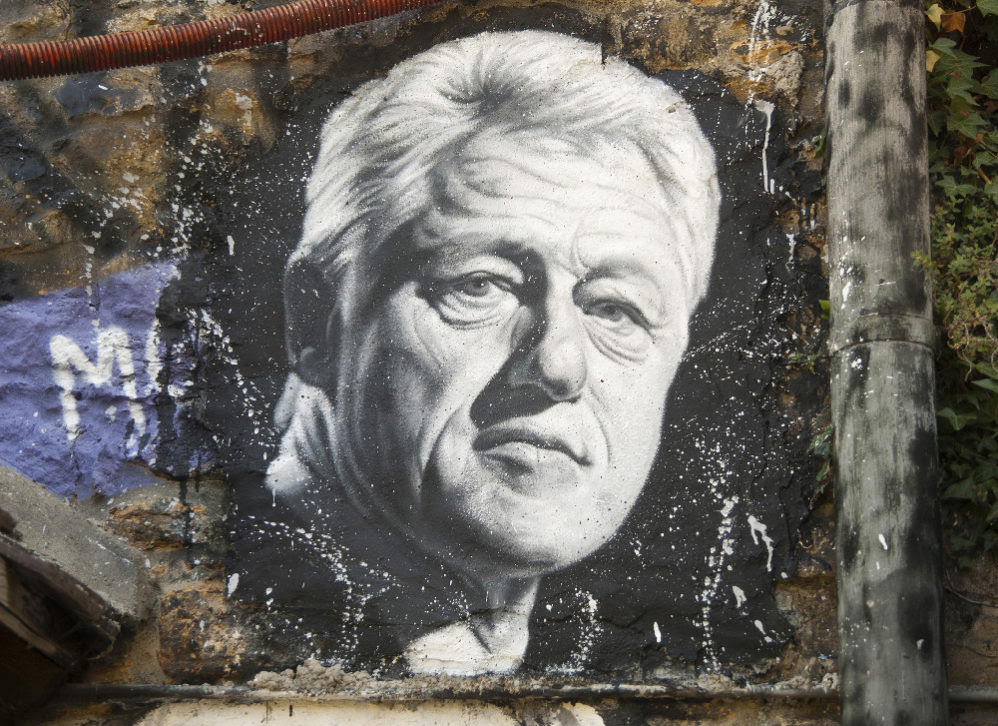 
Thanks to the predator-outing campaign, there is a growing attempt to re-litigate Donald Trump’s p*ssy-grabbing, Miss USA-leering behavior. 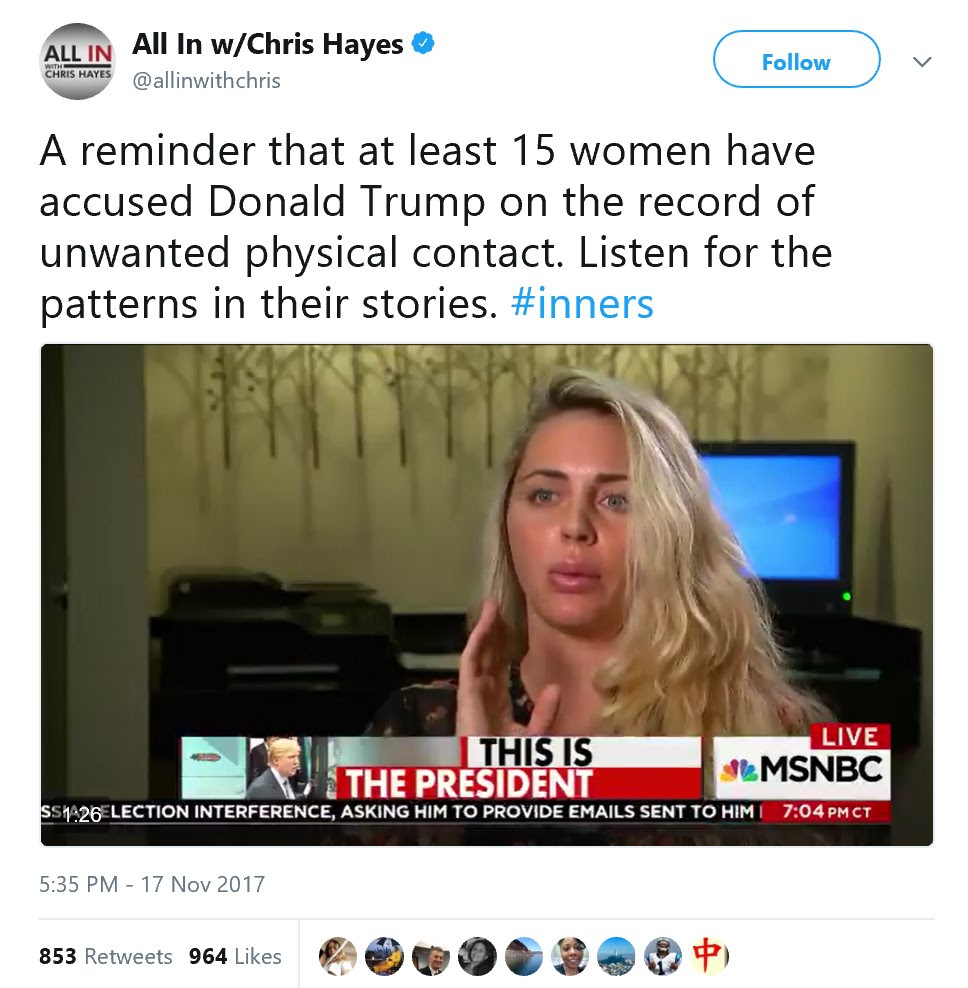 Trump’s decision on Friday to blast Sen. Al Franken on Twitter only called more attention to the president’s own past misconduct. 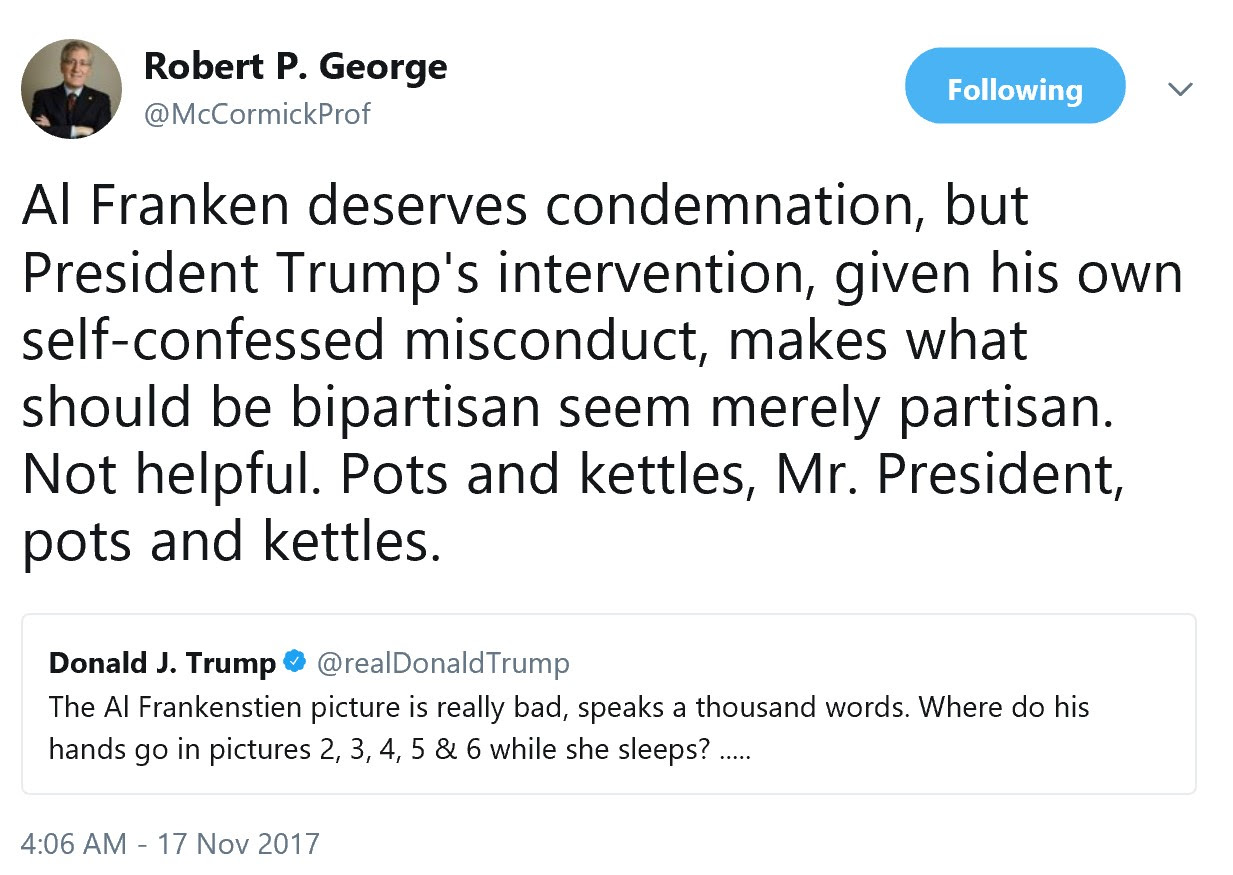 But I’m having none of it. This piece will be the only mention I make of Trump’s personal peccadilloes and past sexual misconduct. Here’s why.
When Trump first entered the Republican primary, I assumed, like many, it was a big publicity stunt. I was painfully reminded of this a few weeks ago when Kid Rock announced that, of course, he isn’t running for the Senate: “Who couldn’t figure that out?” Well, fool me once, and all that.
But once it became clear that Trump was in the primary for the long haul and had corralled a herd of supporters, I spoke out daily (several times a day) about his horrors—from his underlying liberalism, to his offensive treatment of women (and everyone else), to his narcotic personality—but to no avail. He won both the primary and the presidency. What good comes now from a constant loop replaying Trump’s misconduct?

Is This About Trump’s Actions or Using Any Ammo?

Also, while the majority of the “but Trump is a pig too” crowd are likewise condemning Franken, color me skeptical of their sincerity. After all, photographic evidence provided conclusive proof of Franken’s (faux?) groping. And the story broke as Washington was in the throes of (rightly) destroying Roy Moore’s Senate candidacy for his own sexual misconduct. Given the timing, the Democrats couldn’t very well ignore the charges against one of their own.
However, just one year ago, when denouncing serial predator and likely rapist Bill Clinton might have mattered, the Left instead embraced him and cheered on his chief enabler—would-be commander-in-chief Hillary Clinton. And when Trump reintroduced Bill’s past accusers to the public before the second presidential debate, Democrats sat silent.

But with Hillary’s defeat, the Clintons’ cachet cratered, making Democrats’ come to Jesus moment over Bill’s past sexual misconduct beyond cynical. Throwing Bill under the bus now served two purposes. It allowed the Left to appear serious about sexual harassment as they attacked Moore and vicariously the Republican Party. And the concerted condemnation of Bill’s unsavory history launched a warning shot toward Hillary, telling her to abandon her sore loser “What Happened” tour and lay low or else.

Posted by theodore miraldi at 11:45 AM