Dershowitz: Mueller Is 'Going WELL BEYOND His Authority as Prosecutor' 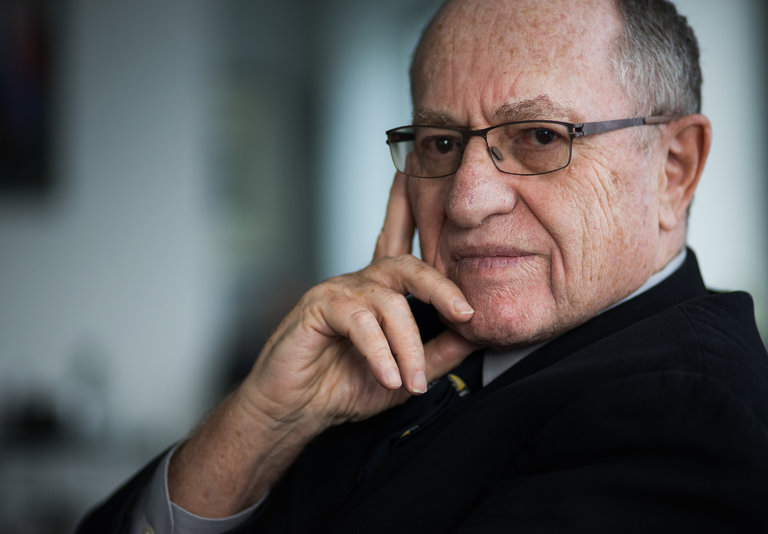 Alan Dershowitz warned that the special counsel appointed to investigate the Trump campaign's connections to Russia is turning constitutional actions into crimes.
Special Counsel Robert Mueller is "going well beyond his authority as a prosecutor," the Harvard law professor emeritus and lifelong Democrat told "Outnumbered Overtime" on Monday.
Mueller has requested documents from the Justice Department regarding the president's firing of FBI Director James Comey and Attorney General Jeff Sessions' recusal from the Russia probe. He is scheduled to interview several White House officials.
"The president is entitled to fire the head of the FBI," Dershowitz said. "The president is entitled to direct his attorney general who to investigate, who not to."
"That's what the law has been since Thomas Jefferson," he added, saying that if we want to change it we must do so in the legislative arena, not through a prosecutor.
"I don't see that the prosecutor should have a right to turn a constitutionally protected act of the president into a crime by speculating on what his motive might have been," he stated.
"These are political sins if they are sins at all. They are not crimes."
"He's going to do the domino game," Dershowitz predicted. He explained that Mueller will indict someone close to the president on an unrelated matter and then press them for more information about Trump and Russia.
This is dangerous because sometimes those targeted in such a way exaggerate, Dershowitz said, because they know that "the better the evidence, the sweeter the deal."
The lawyer said he believes no investigation into either President Trump or Hillary Clinton is warranted, but a bipartisan commission to investigate Russian influence on elections is.
SOURCE>http://insider.foxnews.com/2017/11/20/alan-dershowitz-special-counsel-going-well-beyond-his-authority-prosecutor
Posted by theodore miraldi at 6:59 PM