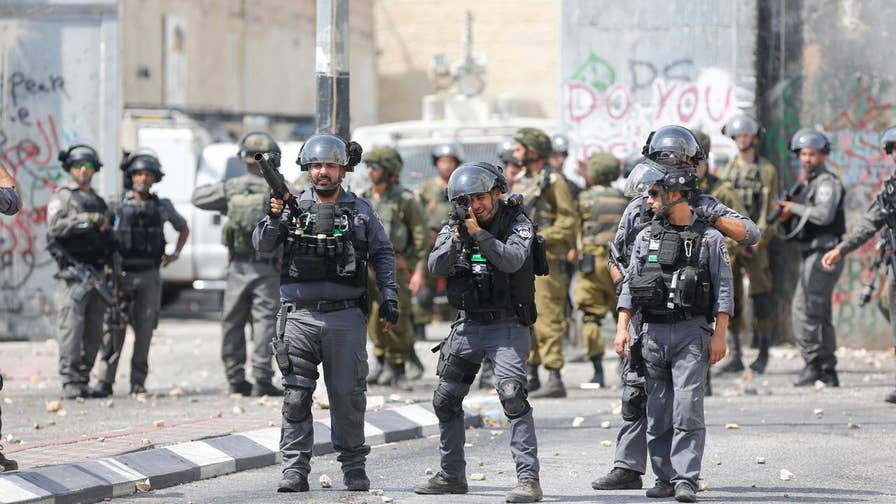 
Palestinian terrorist leaders often use teenagers to commit acts of terror because they know the Israeli legal system treats children more leniently than adults. Now 10 Democrats belonging to the Congressional Progressive Caucus are trying to give terrorist leaders yet another reason for using young people to murder even more innocent civilians.
Rep. Betty McCollum, D-Minn., introduced legislation Nov. 14 – co-sponsored by nine other Democrats – calling on the State Department to “prevent United States tax dollars from supporting the Israeli military’s ongoing detention and mistreatment of Palestinian children.”
In a news release about the proposed legislation, McCollum said: “This legislation highlights Israel’s system of military detention of Palestinian children and ensures that no American assistance to Israel supports human rights violations …. Peace can only be achieved by respecting human rights, especially the rights of children. Congress must not turn a blind eye the unjust and ongoing mistreatment of Palestinian children living under Israeli occupation.”
It is well established that recruiting and using young Palestinians to wage terror on Israeli civilians is part of the modus operandi of Palestinian terrorist leaders. For decades, members of the radical Palestinian political and religious leadership have been stirring up young people to wage war against the Jews and the Jewish State.
This was seen in the gruesome intifada that began in 2000, in which Palestinian teenagers committed dozens of attacks against Jewish Israelis on buses, in cafes and at nightclubs.

The new law allows for leniency. The courts can not only postpone the convicted minor’s transfer date from a closed holding facility to prison, but can also shorten or cancel the prison sentence altogether, if warranted by the circumstances.

More recently – in what has become known as the “lone-wolf” intifada – children as young as 13 have stabbed Israelis with scissors, screwdrivers and knives.
Legislation proposed by the 10 Democrats is titled the Promoting Human Rights by Ending Israeli Military Detention of Palestinian Children Act. The bill does not explicitly define at what age a person moves from childhood to adulthood.
While noting that children between the ages of 12 and 17 are held and prosecuted by Israeli military courts, the bill fails to acknowledge that some of the most barbaric terrorist attacks against Jewish Israelis have been committed by Palestinian teens.
Consider the terrorist attack that took place over this past summer in Halamish, about an hour outside Jerusalem. A Palestinian in his late teens – from a nearby village controlled by the Palestinian Authority – chose a Jewish house at random and fatally stabbed three members of a family as they ate their Sabbath dinner.
The Palestinian “child” murderer also wounded several other family members, while one mother hid her young children in an upstairs room until the terrorist left.
The triple-murder is reminiscent of a similar attack that occurred only six years earlier when two Palestinian teens armed with knives broke into the Fogel family home in Itamar as they slept on Friday night. The “children” butchered the mother, father and three of their children – including a 3-month-old baby as she slept in her crib.
As a result of such deadly terrorist attacks by Palestinian teenagers, Israel has had to introduce legislation to deal with the problem. In August 2016, the Israeli parliament (Knesset) passed a bill allowing imprisonment of terrorists as young as 12.
The new law allows for leniency. The courts can not only postpone the convicted minor’s transfer date from a closed holding facility to prison, but can also shorten or cancel the prison sentence altogether, if warranted by the circumstances.
In introducing the bill, Knesset Member Anat Berko said: “This law was born of necessity. We have been experiencing a wave of terror for quite some time. A society is allowed to protect itself. To those who are murdered with a knife in the heart it does not matter if the child is 12 or 15. We’ve witnessed numerous cases where 11-year-old children were suicide bombers. Perhaps this law will also do something to protect these children from being used to slaughter people.”
In a desperate effort to justify her proposed legislation, Rep. McCollum argued that “peace can only be achieved by respecting human rights, especially the rights of children.”
McCollum’s hypocrisy in this context is palpable. She claims to be an advocate for “the rights of children.” Yet she refuses to acknowledge or condemn Palestinians who perpetrate acts of child abuse by recruiting children to commit terrorist attacks on Jews.
McCollum expressed no outrage when Palestinian leaders were caught posting material on social media inciting and encouraging young Palestinians to stab Israelis.
And the Minnesota member of Congress failed to protest when Hamas set up training camps – under the mantra “Vanguards of Liberation” – aimed at training children as young as 15 to use weapons against Israel. Nor did she speak up when children in Gaza were crushed to death when the terror tunnels they were recruited by the Hamas leadership to build collapsed on their bodies.
So I ask: What do these members of Congress think Israel should do? If children as young as 13 were roaming the streets of New York, Los Angeles or Boston stabbing elderly women as they shopped at the supermarket or waited at a bus stop, would the Democrats protest the apprehension and prosecution of the perpetrators? Of course not.
No country in the world would tolerate terror in its cities, regardless of the age of the terrorists.
Israel has a right – according to international law – to protect its citizens from constant terror attacks, including those committed by young Palestinians. It actually has an obligation to do so.
If Israel is punished for trying to protect its citizens from teen terrorists, this would incentivize terrorist leaders to keep using children in pursuit of their goal of wiping the Israel off the map.
But rather than condemning the abhorrent and unlawful use of children as terrorist pawns, the 10 congressional Democrats chose to single out Israel for punishment.
People of good faith on both sides of the aisle should call out this double standard for what it really is: an attack on Jewish victims of teenage terrorism and the Jewish State.


For Shame on this group of biased anti-Israel Democrats, which includes the following members of Congress: Mark Pocan of Wisconsin; Earl Blumenauer of Oregon: André Carson of Indiana: John Conyers of Michigan; Danny K. Davis of Illinois; Peter A. DeFazio of Oregon;  Raul Grijalva and Luis V. Gutiérrez  of Arizona; and Chellie Pingree of Maine. They give a bad name to the Democratic Party, to the Progressive Caucus and to Congress.
SOURCE>http://www.foxnews.com/opinion/2017/11/24/alan-dershowitz-ten-congressional-democrats-want-lenient-treatment-for-young-terrorists-who-murder-israelis.html
Posted by theodore miraldi at 6:41 PM