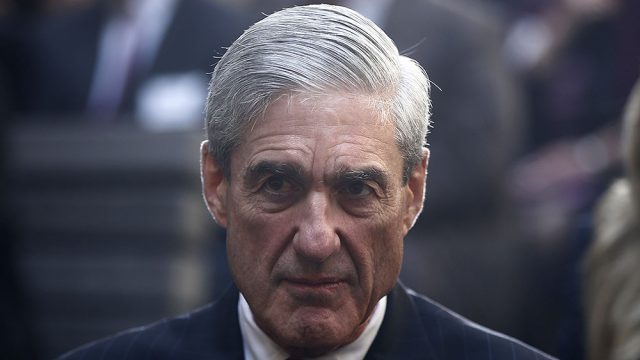 Scandal: Just as the FBI and Justice Department is telling Congress that they haven't been able to verify anything of importance in the Trump/Russia collusion dossier, Special Counsel Robert Mueller has decided to cast a much wider net in his fishing expedition. Is this a coincidence? Or is it a sign that Mueller also realizes there's no there there?


Shortly after it came to light that the Clinton campaign and the DNC had secretly paid Fusion GPS to assemble the so-called Steele Dossier, which Fusion then tried to fob off on reporters before the election, the press dismissed this bombshell by saying that the source of its financing was irrelevant because much of the dossier "checks out" or has been "proven to be accurate."
But according to the Washington Examiner's Byron York, FBI and Justice officials recently told congressional investigators that after spending nearly a year and a half looking into it, "they have not been able to verify or corroborate the substantive allegations of collusion between Russia and the Trump campaign outlined in the Trump dossier."
In other words, they've failed to verify things like: the alleged meetings of Carter Page with the head of Russia's state-owned oil company and a top official in the Putin government; the alleged meeting between Michael Cohen and "Kremlin representatives"; or any of the other specific claims in the dossier that weren't already public knowledge when it was written.
Mueller's initial indictments suggested that he's had no better luck than the FBI.
The charges Mueller filed at the end of October against Trump's short-lived campaign manager, Paul Manafort, had nothing whatsoever to do with election meddling. And low-level campaign volunteer George Papadopoulos pleaded guilty to lying to the FBI not about whether he had contacts with people from Russia — which amounted to nothing — but about when those meetings occurred.
As we noted at the time: "This may be nothing more than a prosecutorial Hail Mary, thrown in desperation that something damning might be revealed."
What does Mueller do now? ABC News reports that he has requested "a broad array of documents" from Justice, not about collusion, but about whether the Trump administration did anything to obstruct the investigation that arguably never should have been launched in the first place.
Mueller's investigators, according to ABC, want emails related to Trump's firing of FBI Director James Comey and Attorney General Jeff Sessions' decision to recuse himself. That includes emails sent within Justice, and any correspondence with White House officials.
"The latest move suggests the Special Counsel is still actively digging into, among other matters, whether Trump or any other administration official improperly tried to influence an ongoing investigation," the story says.
This could also be read as: Having failed to find any evidence of collusion, Mueller is now fishing around for something, anything, to justify the vast amount of resources being poured into his endless investigations.
The mainstream press hasn't uncovered anything nefarious, either, despite spending a solid year looking for it. As we've noted in this space, all the bombshells they have breathlessly reported turned out to be duds, and much of what the press is now saying about the "scandal" is either wrong or exaggerated — such as that the dossier has been "proven to be accurate."
So, let's recap: After nearly 16 months of investigating, the FBI and the Justice Department admit that they haven't been able to verify any of the most damaging Trump/Russia collusion claims in the DNC/Hillary Clinton financed dossier.
Neither, apparently, has Mueller after six months of investigating.
Nor has an army of investigative reporters who've been trying to prove the charges since November 9, 2016.
Yet no one wants to let go of the story.
With each passing day, this is looking less and less like a legitimate investigation and more like an attempt by the Washington establishment to stage a palace coup against a duly elected president
SOURCE>https://www.investors.com/politics/editorials/trump-russia-dossier-robert-mueller-investigation/
Posted by theodore miraldi at 8:54 AM