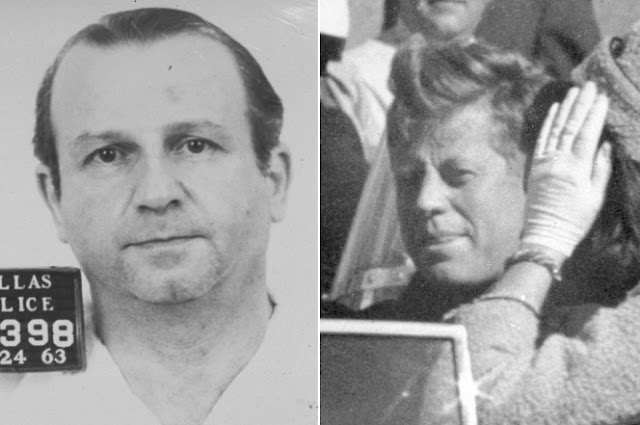 
Jack Ruby — the man who shot John F. Kennedy’s killer Lee Harvey Oswald — was among the crowds who witnessed the president’s assassination — and invited an FBI informant to “watch the fireworks” with him that infamous morning, according to an account in newly-released National Archives records.

The exchange between Ruby and informant Bob Vanderslice of Dallas on Nov. 22, 1963 wasn’t told to FBI handlers until 1977 — and the records don’t explain why 14 years elapsed, CBS News reported.
“The informant stated that on the morning of the assassination, Ruby contacted him and asked if he would ‘like to watch the fireworks,'” reads an FBI record dated April 6, 1977.
“He was with Jack Ruby and standing at the corner of the Postal Annex Building facing the Texas School Book Depository Building at the time of the shooting. Immediately after the shooting, Ruby left and headed toward the area of the Dallas Morning News Building,” the document continues.
Others have placed Ruby at the nearby Dallas Morning News building on that day, but Vanderslice may be the first to place him among the crowds actually witnessing the assassination.
Conspiracy theorists have long tried to link Ruby to the assassination itself, beyond his undisputed role as Oswald’s killer.
The newly-released records do not speculate on whether Ruby used the “fireworks” reference as an innocent metaphor for “hoopla,” or something more sinister.
Ruby did not say anything to him immediately after the shooting, Vanderslice told agents.
The National Archives released more than 2,000 assassination-related documents in late October.
SOURCE>https://nypost.com/2017/11/18/jack-ruby-watched-jfk-get-assassinated/
Posted by theodore miraldi at 10:58 PM