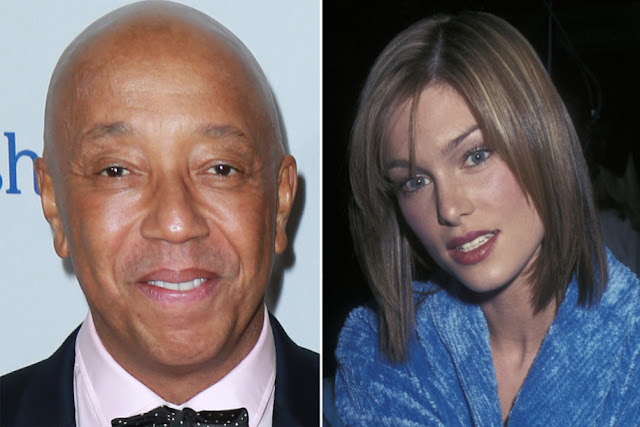 
A former model claims she was just 17 when hip-hop mogul Russell Simmons forced her into sex — and all while his pal, embattled moviemaker
Brett Ratner, sat by and watched, according to a bombshell report on Sunday.
Keri Claussen Khalighi said the scary casting-couch incident happened in 1991 in New York when she and Ratner were at Simmons’ New York home to allegedly watch a music video the men had been doing, according to the Los Angeles Times.
That’s when Simmons allegedly made aggressive sexual advances and removed her clothes, as Ratner sat nearby.
“I looked over at Brett and said ‘help me’ and I’ll never forget the look on his face,” the then-Nebraska teenager recalled. “In that moment, the realization fell on me that they were in it together.”
She continued: Ratner “just sat there and watched.”
The Simmons, who is 60, would have been 33 or 34 at the time.
“I fought it wildly,” said Khalighi, who claimed she was eventually coerced into performing oral sex. “I guess I just acquiesced.”
Khalighi the experience was “disgusting” and she went to take a shower — where Simmons allegedly followed her and penetrated her.
“It hurt so much,” she said.
The famed music executive Simmons insisted his relations with Khalighi were also consensual.
“I know Keri Claussen Khalighi and remember the weekend in 1991 that she has referenced,” Simmons said in a statement. “Everything that happened between us 26 years ago was completely consensual and with Keri’s full participation.”
The Def Jam records co-founder Simmons insisted he’s on the right side of Hollywood’s burgeoning debate on sexual harassment.
“Let me be crystal clear and very direct. Abusing women in any way shape or form violates the very core of my being,” he said.
“I have always spoken out regarding my life experiences, women’s issues and the need to bring a faster and more decisive shift in the collective consciousness that will help bring about true women’s equality.”
Ratner’s attorney Martin Singer told the LA Times that his client has “no recollection” of Khalighi asking for help against Simmons’ moves
A half-dozen women, including Olivia Munn and Natasha Henstridge, recently accused Ratner of sexual misconduct.
Ratner and Simmons were investigated for an alleged sexual battery in 2001 in Beverly Hills, California, but prosecutors declined to press charges, Variety reported earlier this month.
The entertainment and political worlds have been rocked by accusations of sexual harassment and assault, following allegations against Tinseltown titan Harvey Weinstein.
Since allegations — dozens, spread over decades — emerged against Weinstein, other powerful men such as actor Kevin Spacey, US Sen. Al Franken (D-Minn.) and Senate candidate Roy Moore (R-Ala.) have been confronted by accusers.
SOURCE>https://pagesix.com/2017/11/19/model-claims-russell-simmons-forced-her-into-sex-while-brett-ratner-watched/
Posted by theodore miraldi at 1:30 PM