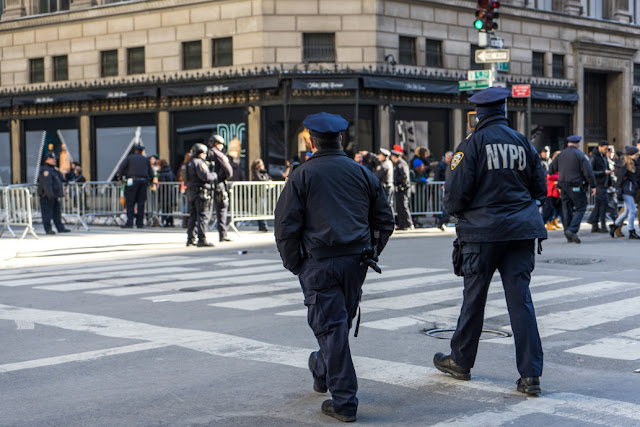 
Hand it to Peter Zimroth, the court-appointed NYPD monitor: He’s effectively exposing the idiocy of the ruling he’s supposed to enforce.
His latest report says that cops are no longer sure what’s expected of them when they stop a civilian and fear the brass won’t stand by them if something goes wrong. Plus, the court-mandated paperwork is too time-consuming.

A year ago, Zimroth reported that officers weren’t stopping, frisking and arresting suspects properly, and laid the blame on poor training. Well, the department revamped the training, yet cops still tell Zimroth that the rules are confusing and the forms maddening.
And, as the monitor paraphrases their remarks, “It’s not worth stopping anyone because the department won’t have our backs.”
In short, the remedies agreed to by Mayor de Blasio in settling the stop-and-frisk lawsuits — even after the judge behind the adverse rulings was kicked off the case for bias — have crippled a basic policing tactic.
It’s to the great credit of all 37,000 members of the force that the NYPD still manages to keep driving crime rates down anyway, thanks to innovative approaches, including ever-better use of information.
But this leaves the critics eager to find new ways to handcuff the city’s police — such as the “Right To Know Act,” which would practically require cops to invite anyone they stop to file a complaint, if not a lawsuit.
The mayor could start sending the right signal of support for police by not just opposing this legislation, but making credible threats of consequences for members who vote for it anyway.
And de Blasio can follow up by asking the court to lift its burdensome stop-and-frisk paperwork, since the court’s own monitor faults it.
SOURCE>https://nypost.com/2017/11/20/nypd-monitor-exposes-the-idiocy-of-the-ruling-hes-supposed-to-enforce/
Posted by theodore miraldi at 12:55 PM