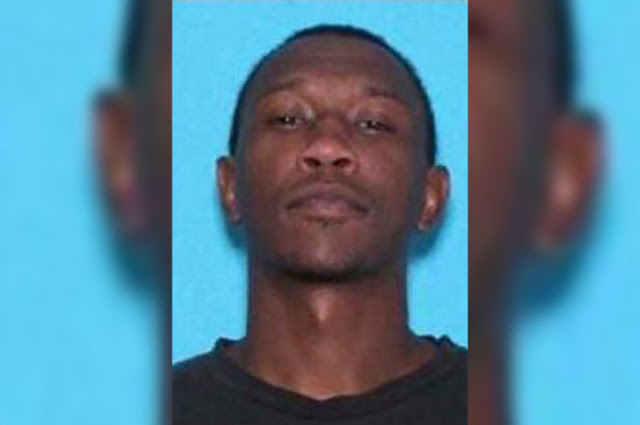 
A Texas state trooper was killed in the line of duty during a routine traffic stop on Thanksgiving — and the alleged gunman was nabbed following an hours-long manhunt.
Highway Patrol Trooper Damon Allen, 41, was gunned down around 4 p.m. Thursday on I-45 in a rural county near Fairfield, about 90 miles south of Dallas, authorities said.
Allen, a 15-year veteran, had pulled over suspected shooter Dabrett Black, 32, for a traffic violation when moments later, Black allegedly blasted multiple shots at Allen with a rifle, according to cops.
Allen, a married father of three, was killed at the scene, authorities said.
The shooter quickly fled in a 2012 Chevrolet Malibu, sparking a massive manhunt.
Black was arrested at 9 p.m. in Waller County near Prairie View, about 50 miles northwest of Houston and more than 100 miles south of the fatal shooting.
The suspect was wounded in a shootout with police before he was taken into custody.
“He’s moving between the hay bales. He has good cover. He has good concealment,” one officer can be heard saying as authorities homed in on Black, according to a live police radio dispatch on broadcastify.com.
“We got this guy. We’ve got eyeballs on him. Let’s take our time and get him on our terms, not on his terms,” another officer said.
Black — who has a criminal history that includes evading arrest, reckless driving, and assault against a public servant — will face a capital murder charge, according to police and local reports.
Multiple Texas officials expressed their condolences following the trooper’s death.
Gov. Greg Abbott called the slaying a “heinous crime,” saying, “The killer will face justice, and the State of Texas will continue to offer our unwavering support for the men and women in law enforcement who keep our communities safe.”
Texas Sen. Ted Cruz said in a tweet Thursday: “Prayers for the family and loved ones of the @TxDPS Trooper killed on duty today and for all our Troopers who are serving our state and seeking justice for the killer.”
The Texas Department of Public Safety said the department is “heartbroken tonight after one of Texas’ finest law enforcement officers was killed in the line of duty.”
“Trooper Allen’s dedication to duty, and his bravery and selfless sacrifice on this Thanksgiving Day, will never be forgotten,” the department said.
Ex-NYPD Police Commissioner Bill Bratton also expressed condolences on Twitter: “My prayers are with the family of the Texas State Trooper who was tragically shot and killed in the line of duty tonight.”
“On this #Thanksgiving I’m thankful for our cops who keep us safe and unfortunately—all too often—make the ultimate sacrifice,” Bratton wrote.
SOURCE>https://nypost.com/2017/11/24/suspect-caught-after-trooper-is-slain-during-traffic-stop-on-thanksgiving/
Posted by theodore miraldi at 12:53 PM