Trump Notches ANOTHER WIN On TRADE As China SLASHES TARIFFS 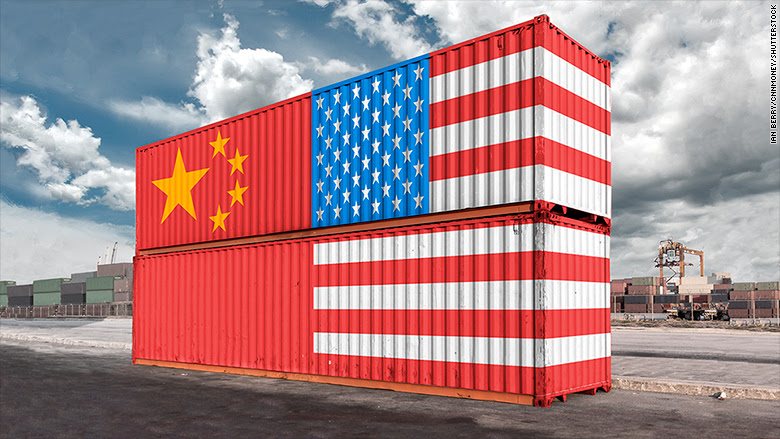 Trade: President Trump's much-derided Asian tour earlier in the month received widespread criticism in the mainstream media. What they won't report is that, like it or not, his visit is already paying dividends.

Maybe you saw some of the headlines: "The 'Missed Opportunity' Of Trump's Asia Trip" (NPR). "Donald Trump's Asia Tour Leaves Observers Perplexed" (BBC). "Trump Wants America To Be Like China" (U.S. News).
Actually, despite the media snark, the trip was a big success from Trump's perspective, especially on trade. While Trump was conferring with Chinese President Xi Jinping, U.S. companies announced some $250 billion in deals with China — a clear sign China wants to open its markets even more.
A more recent example was China's decision, announced on Thanksgiving, to slash import taxes on some 187 consumer goods. As Bloomberg News correctly noted, this move "promises to boost the prospects of multinationals in the Chinese market," in particular big U.S. consumer multinationals like Procter & Gamble Co. and medicine-maker Pfizer.
Coming just weeks after his Asian trip finished, it counts as a major victory for Trump on trade. Indeed, Trump has loudly and consistently criticized China and others for not living up to their agreements to lower trade barriers. Last year, China's trade deficit with the U.S. stood at $347 billion. It has become a chronic sore spot in economic relations between the two countries.
Nor are these just-announced tariff cuts small. When the cuts kick in on Dec. 1, they'll be sliced from an average of 17.3% to an average of 7.7%.
No, this alone isn't a panacea for anyone. But it will help to redress the artificial trade imbalance between China and the U.S.
And it will be to Chinese consumers' immense benefit. One of the problems China has had is its overreliance on exports for growth, while its own consumers have suffered high prices and, in many cases, a lack of consumer goods to buy locally. Chinese President Xi Jinping, seeking to reverse China's flagging economic growth, pledged during the October Communist Party meeting to help Chinese workers improve their standard of living.
Because Chinese workers have so few things to buy, it's not unusual for them to save up to half their income: You can't spend money if you have nothing to buy.
America trading more to China isn't a bad thing. IBD has long advocated free trade in its pages. We still do. But what has prevailed between the U.S. and China can't be called free trade on any meaningful level. Maybe Trump's recent success is a first big step in correcting that.
SOURCE>https://www.investors.com/politics/editorials/trump-notches-another-win-on-trade-as-china-slashes-tariffs/

Posted by theodore miraldi at 9:36 AM