Agents 'shocked' by high numbers of illegal crossers from 2

Illegal alien children are caught and released at the border, then processed and given temporary legal status in many cases.

The so-called “Trump effect” at the U.S. southern border is becoming a bygone memory as border agents are again being overwhelmed by foreign nationals of all stripes seeking asylum.
It’s no secret the number of apprehensions fell sharply in the first three months of President Trump’s administration, bottoming out in April as the human traffickers feared being caught and prosecuted by an administration that talked tough on the need to staunch the flow of illegal migration.
But in May the number of illegal crossings started rising again, according to immigration experts and border-patrol agents in the field.
“We’re getting those family units again. They’re getting bus rides just like before at taxpayer expense to their destination of choice,” a U.S. Border Patrol agent told WND.
These illegal crossers are given a notice to show up at a later date to an immigration court hearing, but the vast majority are no-shows. They disappear into Chicago, Atlanta, San Francisco, L.A., or some other city.
Most of the families and UACs are coming from Guatemala and other parts of Central America.
But disturbing numbers of Asians, mostly from India and Pakistan, are also arriving at the border seeking asylum.
Pakistanis, Indians, Brazilians heading for America’s first sanctuary state
Pakistan is one of the world’s most populous Muslim countries and a hotbed of jihadism. Parts of India also contain pockets of active al-Qaida fighters, national security experts tell WND.
The border agent told WND, a group of agents were briefed about a week ago by a border intelligence supervisor to be on the lookout for more Asians. He said 50 Pakistanis and approximately 300 Indians were apprehended at the border in the month of November alone. Most came in small groups of five or less.
“The Pakistanis really shocked me,” said the border agent, who works in the El Centro Sector but asked not to be identified for fear of professional reprisals. “I knew they were getting Indians, but when he said 50 Pakistanis were picked up last month I was really shocked.”
All crossed over from Mexico into California in the El Centro sector.
“I think a lot of them from Pakistan and India are flying right into Mexico City and Mexico just kind of looks the other way, maybe even helps point them in the direction of the fastest route to the U.S. border,” the agent told WND. “They don’t want them in Mexico.”
Agents are also seeing some Brazilians crossing into California from Mexico. Brazilians have a history of coming through Texas.
The agent thinks he knows why more are choosing California now.
“Word is getting out that these checkpoints are understaffed and that California is a sanctuary state,” he said.
California Gov. Jerry Brown signed legislation on Oct. 4 declaring California the nation’s first sanctuary state. The new law goes into effect Jan. 1 but word is already spreading.
The federal agent said the border surge is also the fault of a lack of manpower at the U.S. Border Patrol.
President Trump promised during his campaign to beef up the number of patrol agents by 30 percent but hiring has been slow. 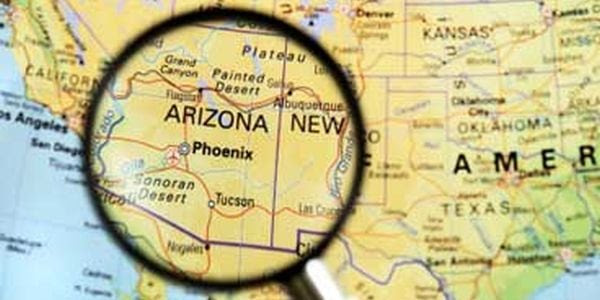 “Interstate 8 has become almost like a free-for-all because the checkpoint is not being manned on a consistent basis,” the agent told WND.
Our union has again raised the issue of putting agents into non-enforcement duties,” said the agent. “Our management needs to pull their heads out of the sand and put these people back out in the field. It’s ridiculous.
“The draw of amnesty and the fact that there’s been a draw-down of agents in the field, this is why we’re starting to get overrun again.”
The rural S-2 route within the El Centro Sector was being manned in the early months of the Trump presidency, after largely being abandoned in the last year of the Obama administration. But now it’s “back to sporadic coverage at best,” the agent said.
“Interstate-8 is also manned sporadically, so they just send a scout through who radios back and says ‘it’s all clear, go ahead and bring your load of illegals or your load of drugs through,'” he said.
William Gheen, founder and president of Americans for Legal Immigration, or ALIPAC, said California’s decision is having a ripple effect as the message gets out that the state wants to be a recognized safe haven, a magnet, for global migration.
But even more than that, says Gheen, is the effect of renewed talk in Washington of offering amnesty for the roughly 800,000 DACA illegals who were brought to the U.S. illegally by their parents.
“Every time Congress or the White House begins to talk about amnesty, the border crossings increase. That’s what we see happening now,” Gheen said. “Our border patrol agents are woefully understaffed, and we don’t have a wall, so the border is still wide open to them, and the politicians are talking about amnesty again in Washington so everyone hears that and they say ‘oh boy, we need to get there now.'”
As WND reported last week, a group of 34 GOP Congressman sent a letter to House Speaker Paul Ryan demanding that amnesty for DACA illegals be passed by Christmas.
“This is the Trump-McConnell-Ryan amnesty plan,” Gheen said. “It’s having a devastating effect on our border, just as this type of talk did under the Obama administration.”
Border enforcement numbers
For fiscal 2017, which ended Sept. 30, U.S. Customs and Border Patrol apprehended 310,531, a 23.7 percent decline from fiscal year 2016. With regard to Trump’s time in office, the CBP shows that border crossing along the southwest border declined from Jan. 21—a day after Trump’s inauguration—through April.
Starting in May, the numbers climbed with families and unaccompanied children who were apprehended or determined to be inadmissible cases. The CBP apprehended 104,997 families along the southwest border and 48,681 unaccompanied children.
“We remain concerned about the steady flow of unaccompanied children and family units from Central America,” CBP acting Deputy Commissioner Ronald Vitiello said in a Tuesday press conference. “This trend is enabled by legal and policy loopholes, which are exploited by transnational criminal organizations engaged in human smuggling and trafficking.”
Francis Cissna, director of U.S. Citizenship and Immigration Services, stressed the need for implementing Trump’s immigration priorities going into 2018, which he said would protect the U.S. economy and national security.
“Among these priorities are ending extended family migration, ending asylum abuse, and shifting a merit-based immigration system,” Cissna said. “Preliminary data for fiscal year 2017 shows that 2 out of 3 of our 1 million-plus immigrants were admitted in family-based categories. Only 66,000 out of that 1 million lawful permanent residents were admitted based on their skills.”
Source>http://www.wnd.com/2017/12/free-for-all-at-u-s-border-reveals-disturbing-trend/
Posted by theodore miraldi at 9:14 AM