Now, This Is Presidential OBSTRUCTION 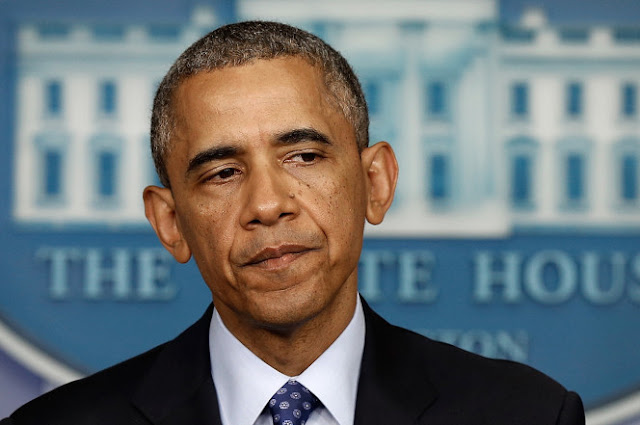 
What if a president used his power to interfere with a federal investigation involving foreign powers committing serious crimes in the United States as well as elsewhere? Such a thing would be considered a terrible scandal and, no doubt, lead to a federal probe by a special counsel who would be expected to get to the bottom of such a mess.

But if you think this is a reference to the investigation led by Robert Mueller into possible collusion with Russia during the 2016 campaign and obstruction of justice once President Trump took office, you’re wrong. While proof that the Trump campaign actually plotted with Russia still has yet to be presented, evidence of another scandal involving President Barack Obama and Hezbollah, Iran and the Russians has just been uncovered in an investigative story by Politico. The tale involves an administration decision to spike Project Cassandra, a federal probe into international drug smuggling, money laundering and terrorism by Hezbollah.
The motive for interference with the justice system was to appease both Moscow and Tehran during Obama’s quest for a nuclear deal with Iran. It happened because, as Politico’s sources made clear, a decision was made at the highest levels of the Obama administration to prioritize making nice with Iran and Russia over the federal government’s obligation to protect US citizens.
It’s the sort of thing that ought to rock Washington. An actual plot that placed the interests of foreign powers over those of the US by Obama.
Project Cassandra was built upon previous efforts by the Drug Enforcement Agency and US intelligence agencies to deal with the growing reach of Hezbollah around the globe. By the time Obama took office, Hezbollah’s crimes financed terrorism to the tune of more than $1 billion while also furthering the interests of the ayatollahs pulling their strings in Tehran.

How Trump can repair the damage from Obama's narcoterror fail

Obama and Prince Harry have a budding bromance

Sessions needs to stop the misuse of intelligence for politics

But the Obama administration wasn’t interested. By the time Obama’s second term began, he had in place CIA Director John Brennan, who had long advocated better relations with Hezbollah “moderates,” and Secretary of State John Kerry, who was determined to make every conceivable concession to Iran — including legalizing their nuclear program and allowing restrictions on it to eventually lapse — in order to get an agreement. That was the beginning of the end for Project Cassandra.
Orders from on high precluded indictments and operations designed to hinder Hezbollah. Ali Fayad, a Lebanese arms dealer who was indicted on charges of planning the murders of US government workers, had been captured in the Czech Republic. But, bowing to Russian pressure, the US made no effort to extradite him and Fayad was allowed to evade justice and go back into business in Lebanon.
Another top Hezbollah operative involved in chemical weapons also got a pass. Possible indictments of Hezbollah personnel were quashed. A top operative involved in trafficking chemical weapons also got a pass and requests to lure others involved in this mafia-style group to countries where they could be apprehended were denied.
Those US agents who protested this were told not to “rock the boat.” While the CIA was leery of DEA efforts to prosecute a group they sought to influence, the Obama administration was interested in neither law enforcement nor covert operations against Hezbollah as their push for an agreement with Tehran became more serious. Meanwhile, the terrorists were sending planeloads worth of cash from Latin America drug trafficking and even the proceeds from Islamist-run used- car companies in the US back to Lebanon. Cash reserves in a Beirut account that was awash in Hezbollah drug money doubled. A regular shuttle flew from Venezuela to Iran, with illegal drugs and cash flowing one way and Hezbollah and Iranian agents (who were then supplied with fake identities by Venezuela) the other. But to the frustration of those involved in Cassandra, the US didn’t act when it could to capture those in the scheme.

How Trump can repair the damage from Obama's narcoterror fail

The message the task force received was that their work could not interfere with a diplomatic charm offensive directed at Iran and Russia. By the time Trump took office, US efforts to stop Hezbollah had been derailed. Worse than that, as it became clear that Obama had zero leverage in the negotiations, there was little he wouldn’t do to keep the ayatollahs happy.
In order to win the release of US citizens being held hostage by Tehran after the nuclear deal had been concluded, the United States was no longer just turning a blind eye to Hezbollah transferring criminal profits there. In 2016, Obama sent $400 million packed onto wooden pallets as part of a ransom payment to Iran of unfrozen assets.
These gifts to Iran and Russia had far-reaching consequences. It doesn’t just make a nuclear deal that was already a disaster, that didn’t fulfill any US objectives, look even worse. It also highlights the way the US stood by as Iran’s quest for regional hegemony became a reality, endangering American allies as well as making the world safer for Islamist narcoterrorists.
Congress and the Department of Justice should investigate these revelations. They ought to light a fire under US efforts to renegotiate a nuclear deal so as to end its sunset provisions as well as to reinvigorate efforts to crack down on Hezbollah. But it may be that the country is so obsessed with Trump’s uncivil discourse that it may not care much about Obama aiding and abetting terrorism. If so, you don’t have to be a fan of Trump’s to understand there is something deeply wrong with giving Obama a pass for decisions that look far worse than anything Trump is accused of doing.
Source>https://nypost.com/2017/12/18/now-this-is-presidential-obstruction/
Posted by theodore miraldi at 8:15 AM