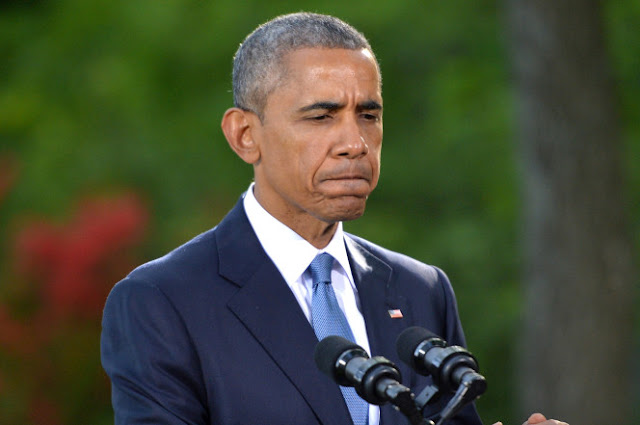 
The Obama administration protected members of notorious terror group Hezbollah from prosecution to save the Iran nuclear deal, a new report claims.
A team at the Drug Enforcement Administration had been working for almost a decade to bring down the Lebanon-based militant organization’s sophisticated $1 billion-a-year drug ring — which it found was smuggling cocaine into the US and laundering the profits by buying used cars stateside and shipping them to Africa for resale, Politico reports.
But the departments of Justice and Treasury delayed and rejected prosecution and sanctions requests from the team that had exposed the Iran-backed criminal network because the Obama White House feared “rocking the boat” with Tehran ahead of the deal, the site reports.
“This was a policy decision, it was a systematic decision,” David Asher, who helped found the program for the Defense Department, told Politico. “They serially ripped apart this entire effort that was very well supported and resourced, and it was done from the top down.”
The taskforce, named Project Cassandra, worked for eight years out of a top-secret facility in Virginia with help from 30 American and foreign security agencies, unraveling the global crime syndicate that was funding Hezbollah’s Jihadi operations, the site reports.
Among those the team sought to bring to justice were Abdallah Safieddine, the group’s envoy to Tehran and a shadowy operative nicknamed “Ghost,” who it considered one of the biggest cocaine smugglers in the world.
“Hezbollah operates like the Gambino crime family on steroids, and [Safieddine] is its John Gotti,” ex-DEA agent Jack Kelly, who created the taskforce, told Politico. “Whatever Iran needs, Safieddine is in charge of getting it for them.”
But the administration repeatedly stymied efforts to prosecute Safieddine — even though the team had eyewitnesses willing to testify that he’d overseen big weapons and drug deals — and ultimately shut Project Cassandra down once the nuclear deal was settled, Politico reports.
“They were a paramilitary organization with strategic importance in the Middle East, and we watched them become an international criminal conglomerate generating billions of dollars for the world’s most dangerous activities, including chemical and nuclear weapons programs and armies that believe America is their sworn enemy,” Kelly told the site.
An Obama spokesman denied Project Cassandra was derailed for political reasons, noting several Hezbollah members were arrested on its watch and sanctions put in place.
Other administration officials suggested those involved were blind to the bigger picture.
“I get the feeling people who don’t know what’s going on in the broader universe are grasping at straws,” one anonymous official told Politico.
“The world is a lot more complicated than viewed through the narrow lens of drug trafficking. So you’re not going to let CIA rule the roost, but you’re also certainly not going to let DEA do it either.”
Source>https://nypost.com/2017/12/18/obama-protected-hezbollah-drug-ring-to-save-iran-nukes-deal/
Posted by theodore miraldi at 5:05 PM