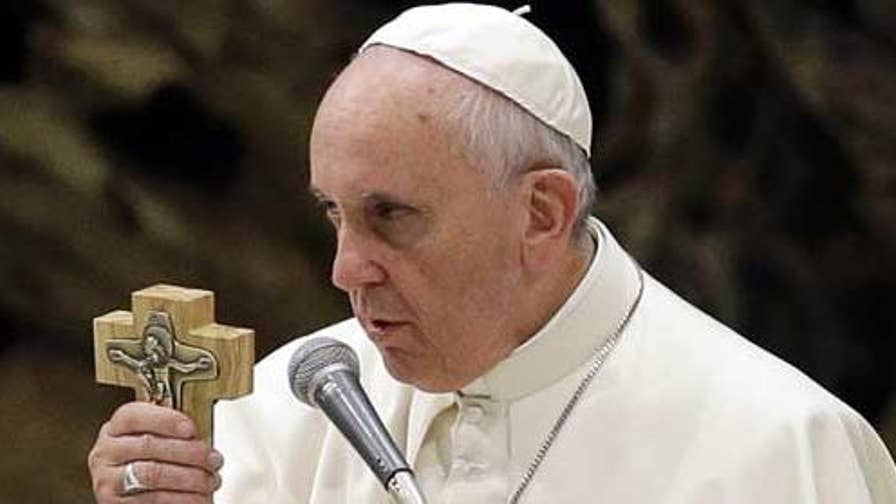 Pope Francis has suggested he wants to make a change to The Lord's Prayer, widely known among the faithful as the “Our Father.”
Specifically, the Catholic leader said in an interview Wednesday he would prefer to adjust the phrase “lead us not into temptation,” saying that it too strongly suggested that God leads people to sin.
“That is not a good translation,” the pope said, according to Reuters.
The phrase “do not let us fall into temptation,” which the Catholic Church in France has previously decided to use, would be a more appropriate alternative, Francis said.
He added that the phrase used by the French, or similar wording, should then be implemented around the globe.
The prayer originated from Jesus’s language of Aramaic. It was then translated to ancient Greek, and later to Latin.
The pope earlier this week weighed in on President Trump's announcement that the U.S. recognized Jerusalem as the capital of Israel and would aim to move its embassy there from Tel Aviv.
Francis said he was “profoundly concerned” and appealed that “everyone respects the status quo of the city.”
The Associated Press contributed to this report.
SOURCE>http://www.foxnews.com/world/2017/12/07/pope-francis-wants-to-change-line-our-father-prayer.html
Posted by theodore miraldi at 8:15 AM