Trump Puts His UN MONEY Where His Mouth Is 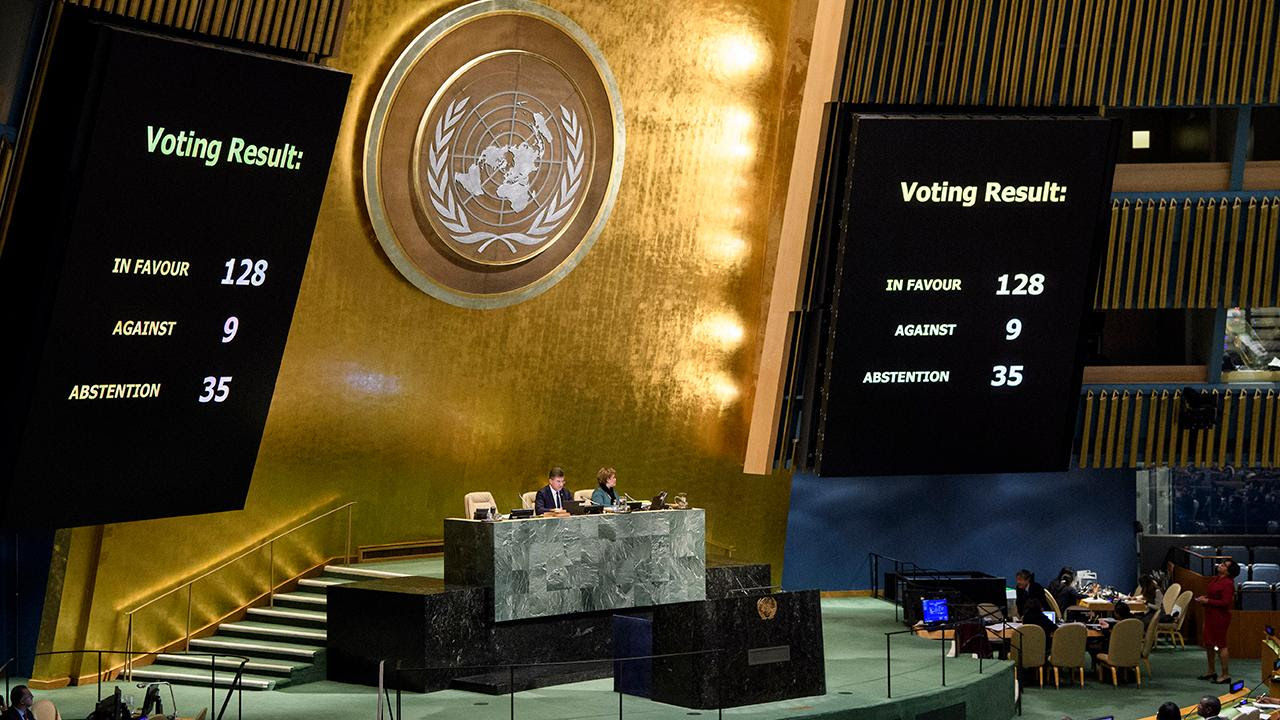 Ever encounter a panhandler, and, motivated by kindness, hand over a dollar? Only to have the beggar berate you for not giving more? That’s the situation the United States finds itself in with the United Nations.
President Trump’s not-so-subtle threat to remember which nations voted to condemn his recognition of Jerusalem as Israel’s capital was the ultimate case of speaking truth to power.
The largest – by far – donor to the United Nations, and a provider of foreign aid to dozens of other U.N. member states, America holds a unique, though decidedly not privileged position in the so-called world body.
Yet for decades, it has been stymied by its rivals (China and Russia), by rogue regimes (Iran), and by a U.N. leadership that views America as a source of demonic, not democratic values.

Like a spoiled child who complains its allowance has not be paid on time, recipients of U.S. aid forget that those dollars are largesse, not earned income.

Well and good. But why, then, should the U.S. continue to ante up 22 percent of the U.N.’s budget, and fully 28 percent of its peacekeeping effort? When Ambassador Nikki Haley said the U.S. would be “taking names,” and Trump said “we’ll be watching,” liberal news outlets reacted as if a Mafia chieftain had just set the price for a kidnapping victim’s release.
Why the moral outrage? We know our friends. Guatemala, Honduras, the Marshall Islands, Micronesia, Nauru, Palau and Togo joined the U.S. voting against the resolution of condemnation. Another 35 countries, including our closest neighbors, Mexico and Canada, as well as Argentina, Australia, the Czech Republic, Poland, and Romania, abstained.
And now we know who cannot depend on. Egypt, to whom we provide $1.6 billion in aid each year, voted against the U.S. Turkey, which gets $155 million, went against us, with its president Recep Tayyip Erdogan boldly declaring, “What is the cradle of democracy doing? They are looking for people they can buy with their dollars.” Fine, Mr. President, fine.
Like a spoiled child who complains its allowance has not been paid on time, recipients of U.S. aid forget that those dollars are largesse, not earned income. News outlets like Sky News in the United Kingdom – which voted to condemn Trump’s move – had on-air apoplexy about the president’s statement.
Of course, the U.N. is a toothless, almost furless tiger. Its resolutions of outrage and disapproval count for precisely nothing. Trump is not the first president to speak aloud about the ingratitude of the U.N. He may, however, be the first to do something about it.
Source>http://www.foxnews.com/opinion/2017/12/21/trump-puts-his-un-money-where-his-mouth-is.html
Posted by theodore miraldi at 9:47 AM