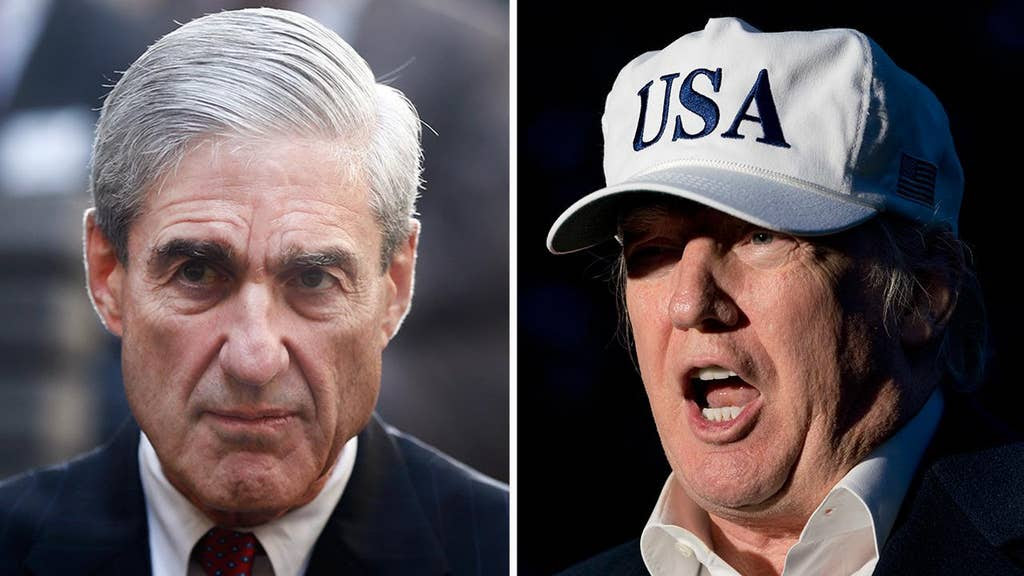 
You would’ve thought they were preparing for the apocalypse.
Former Obama White House Ethics Chief, Walter Shaub, tweeted that he was “stocking up” on gear to “take the streets.” In his words, it was supposed to be a “defining moment for the Republic.”
Actor-turned-activist George Takei tweeted that Americans should “shut the country down.”
Cenk Uygur, the founder and CEO of far-left online news show “The Young Turks” prophesied that this should be an “uprising like we’ve never seen in America.”

When asked about the firing on Sunday night, the president shut down all of the rumors (and all of their plans) by simply declaring, “no, I’m not.”

Former Attorney General Eric Holder drew what he called an “absolute red line.”
Their message was clear: if President Trump fires special counsel Robert Mueller, the American people should act as if their 241-year-old experiment in democracy has come to an end.
But unfortunately, when asked about the firing on Sunday night, the president shut down all of the rumors (and all of their plans) by simply declaring, “no, I’m not.” In an instant, he vanquished all the left’s dreams of sparking a “Tahrir square like uprising” and made their hysterics over the potential firing appear foolish.
Make no mistake. The left will soon decide on another issue (or rumor of an issue) to incense their base and stir outrage in our country. Eventually, they’ll decide on a new red line and then pray that the president crosses it. Their dream of widespread panic isn’t going away—it’s just deferred for a little while.
Here’s the problem.
First, regardless of their empty assurances that their uprising will be peaceful—their rhetoric says otherwise. They pay lip service to holding a peaceful protest while using inflammatory language like “stock up on gear” and “shut down the country.” But if there is anything that “Antifa” has taught the United States, it’s that there are plenty members of the far-left with no intentions of keeping the peace.

You can’t spew alarmist, end-of-the-world rhetoric and then expect your base to respond with careful, dignified street protests.

You can’t spew alarmist, end-of-the-world rhetoric and then expect your base to respond with careful, dignified street protests. It doesn’t work that way. Leaders have a unique duty to dial down their followers’ radical impulses. Instead, it seems that some culture leaders prefer to do quite the contrary.
Second, liberals’ selective outrage is appalling. Moveon.org, the organization behind the protests, made their motto “nobody is above the law.” Ostensibly, that’s an idea that both sides of the aisle could get behind. Patriotic Americans would agree that all citizens are equal under the law. But to many who hold progressive political views, that idea only applies to one side of the political spectrum.
Notably, these same activists made no such calls for mass protests after former FBI Director James Comey cleared Hillary Clinton of criminal charges a year ago. And there was no indignation from these folks after it came to light that the FBI softened the language in Comey’s statement in her favor. That’s why it’s difficult to believe that these activists are genuinely motivated to uphold the rule of law, and not just their own political ideologies.
One thing is true: the President’s words may have temporarily halted what the left saw as a “defining moment for the republic.” But they will find new opportunities. New pots to stir. And new calls for chaos.
Source>http://www.foxnews.com/opinion/2017/12/18/trump-shuts-down-ginned-up-liberal-uprising-in-three-words.html
Posted by theodore miraldi at 8:52 PM