What C.S. Lewis Can Teach Us About America’s PRONOUN Wars

While the pronoun wars may be new to America, the writings of C.S. Lewis show that the fight over language as a way of controlling the mind is nothing new. 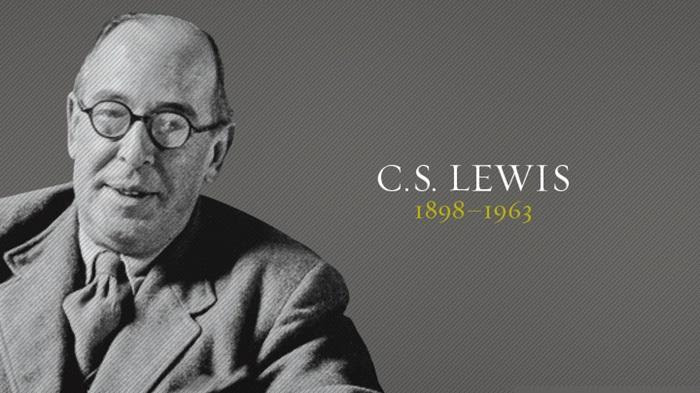 While it may seem that America’s pronoun wars — namely the debate about whether words like “he” and “she” reflective the objective reality of biological sex — are a new and frightening development in human history, the works of C.S. Lewis remind us that in the fight over language, there’s nothing new under the sun. In his book “The Abolition of Man,” for example, Lewis expertly explains the nature and stakes of the battle over whether language reflects objective reality or only subjective experience.
Lewis starts the book by discussing an example from a children’s literature text in which two tourists comment on a waterfall. One says the waterfall is pretty, while the other says it is sublime. The authors of the text then go on to tell the reader that the two tourists are not commenting on the reality of the waterfall itself, but only on their feelings about it. Lewis was so disgusted by the authors’ interpretation of the tourists’ comments, and the interpretation’s implications, that he wrote an entire book excoriating the notion that objective reality is nothing more than a function of subjective emotions.
“What [the schoolchild] will learn [from the literature text] quickly enough, and perhaps indelibly, is the belief that all emotions aroused by local association are in themselves contrary to reason and contemptible,” Lewis dismissively concluded.
“Until quite modern times all teachers and even all men believed the universe to be such that certain emotional reactions on our part could be either congruous or incongruous to it — believed, in fact, that objects did not merely receive, but could merit, our approval or disapproval, our reverence or our contempt,” Lewis wrote.
For those who want to learn more about Lewis and his writings but may not have time to read through even a fraction of his collective works, Hillsdale College offers a a fantastic (and free!) online course on Lewis taught by Dr. Larry Arnn. The course is offered in both video and audioformats, so you can listen to them in the car on your commute to and from work each day. You can sign up for the free course here.
In the introductory lecture on Lewis, Arnn specifically tackles the first chapter of “The Abolition of Man.”
“The book is one long, sustained argument,” Arnn notes in his first lecture. It start with the textbook example “and it ends with a statement that one sentence in that little book will result in something more than the loss of freedom and civilization, which go together. It will result in the abolition of man. And so to understand the book is to understand that argument. Why does he say that?”
Then Arnn outlines the one argument readers need to understand to unlock Lewis’s profound, although small, book.
“The book denies that there’s a correspondence between the reaction in these tourists and these things outside,” Arnn says. “So this correspondence between reality and the feelings, to break that, Lewis says, breaks something vital.”
The natural correspondence between reason and reality, the correspondence denied by the authors of the literature textbook Lewis derides, is the same correspondence between simple things like pronouns to the physical reality of sex. Once reality becomes a function of one’s feelings, though, rather than vice versa, the concept of objective reality itself is destroyed. According to Lewis, as soon as society discards the ideas of reason, rationality, and self-awareness — the very traits that distinguish humanity from all other life on earth — mankind itself is abolished. Hence the title of Lewis’s book.
By reading Lewis and listening to Arnn’s analysis and explanation of Lewis’s writings, you begin to understand that these raging 2017 cultural battles are nothing new at all. In fact, they’re a mere continuation and extension of the same battles of thoughts, words, and deeds mankind has fought since its creation.
To understand them better, and especially how to fight them more effectively, we must have a deep understanding of history. Thankfully, Hillsdale’s nine-part course on the works of C.S. Lewis makes that task a lot easier. You can sign up for Hillsdale’s free C.S. Lewis course here.
SOURCE>http://thefederalist.com/2017/12/08/what-c-s-lewis-can-teach-us-about-americas-pronoun-wars/
Posted by theodore miraldi at 10:41 AM