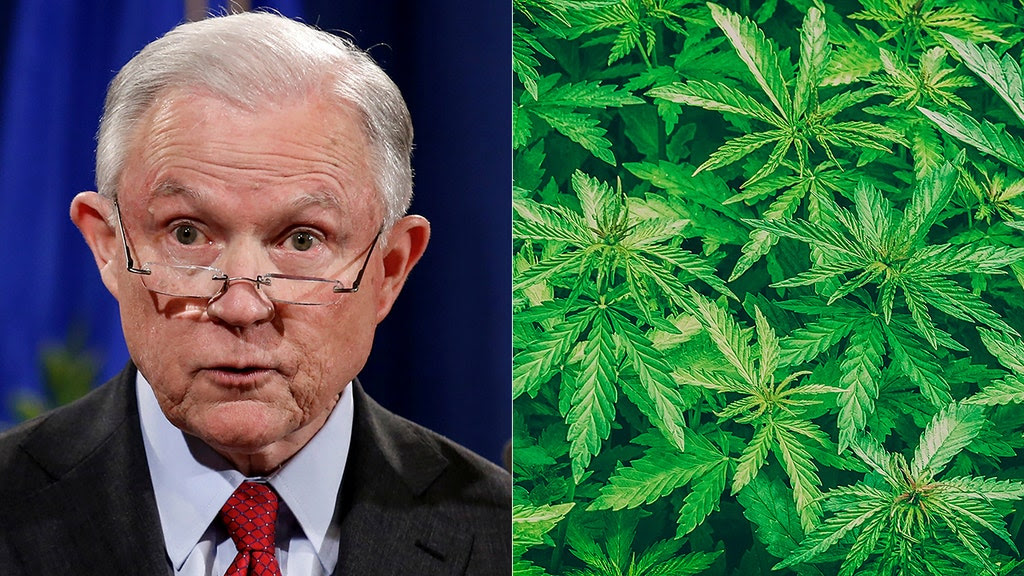 Attorney General Jeff Sessions plans to roll back an Obama-era policy that had allowed legal marijuana to thrive without federal intervention, Fox News confirmed Thursday.
The Obama administration back in 2013 announced via a memo from then-Deputy Attorney General James Cole that it would not obstruct states that legalized marijuana, on the condition the drug was not allowed to move to states where it was illegal and it was kept away from children and gangs.
Sessions is expected to announce that he will rescind that memo and instead leave it to U.S. attorneys in states where the drug is legal to decide to what extent they will enforce federal laws.
The Associated Press reported that the move will likely add to confusion among users and suppliers about whether they can grow, buy and sell marijuana in states -- as federal law bans it.
The government regards marijuana as a controlled dangerous substances, grouped together with drugs such as heroin. Sessions has blamed its increased use for spikes in violence in the U.S.
Sessions’ announcement will come just days after California joined states such as Colorado in permitting pot for recreational purposes. The drug will be legal for adults 21 and older, and residents will be allowed to grow up to six plants and possess up to an ounce of marijuana.
Twenty-nine states have adopted medical marijuana laws, while seven other states have legalized the drug for recreational purposes.
Fox News’ Jake Gibson and The Associated Press contributed to this report.
Source>http://www.foxnews.com/politics/2018/01/04/attorney-general-jeff-sessions-to-end-policy-that-let-legal-pot-flourish.html
Posted by theodore miraldi at 9:49 AM