Marr during their interview when he admitted that had

France held a referendum on membership of the EU after

Brexit, the French people would vote to leave. 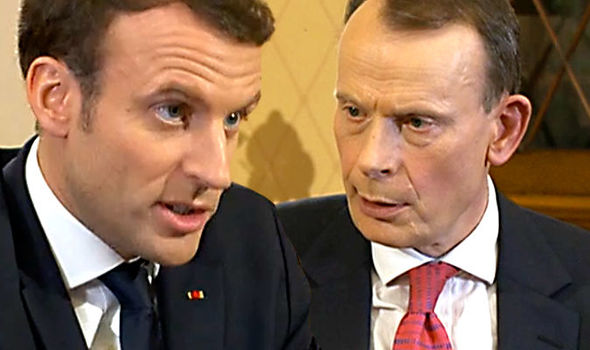 
Emmanuel Macron has sent shockwaves throughout Europe after he conceded that French voters would quit the EU if France held an in/out referendum on the Brussels-led bloc.
No other European Union country has risked putting membership of the bloc to a public vote since Britain surprised member-states by voting to leave the bloc in 2016, 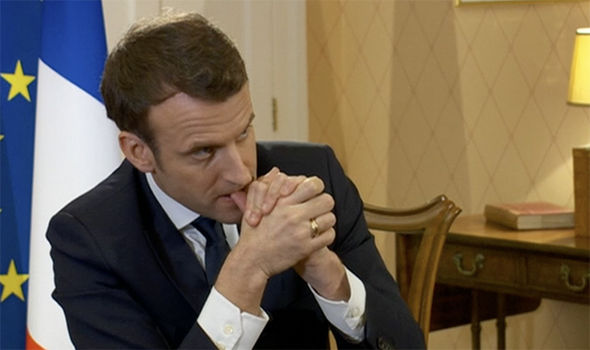 had the same result?

Andrew Marr
He added: "I wouldn’t take any bet though - I would have fought very hard to win.
"My understanding is that middle classes and working classes and the oldest decided that the recent decades were not in their favour, and the adjustments made by the EU were not in their favour.
"I think the organisation of EU went too far with freedom without cohesion, free markets without rules."
The French leader hit out at David Cameron for holding a referendum with a simple yes / no response on membership, instead of asking how to improve the situation.
Twitter lit up after the interview was aired, with many questioning if the French leader had just admitted that he "does not listen to his own people" since he has refused to hold a referendum on the EU.
Source>https://www.express.co.uk/news/uk/907719/Macron-France-vote-to-LEAVE-EU-referendum-Brexit-Brussels-Marr