After all their talk about its importance, it was Democrats who left a 6-year funding package for the Children's Health Insurance Program on the table, not Republicans. 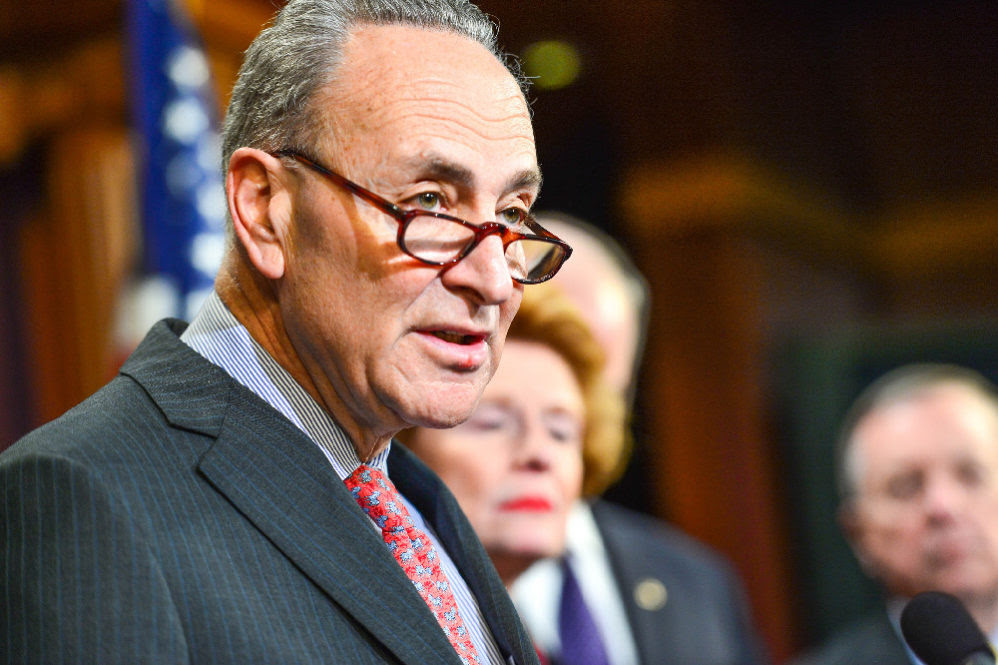 
In the budget negotiations on Friday Democrats faced two options. The first was to fully fund the Children’s Health Insurance Program for 6 years, keep the government open and keep negotiating on DACA. The second was to not fund CHIP, shut down the government and keep negotiating on DACA. The Democrats chose the greater of two evils. In the hope of gaining political traction, they shot down funding for a program they have said is crucial.
Just days ago, Democratic spokes-celebrity Jimmy Kimmel was making impassioned pleas to fund CHIP. Think of the children, he said. Well, that’s going to have to wait until we see the polling on who gets blamed for the government shutdown. For the meager price of a one-month extension of the government, Democrats drove the bus over the sick kids they have been moralizing about for a year.
Yesterday President Donald Trump invited Senate Minority Leader Chuck Schumer to the White House to hash it out. For a few hours it looked promising. Two reasonable men tried to work out an agreement. But it was not to be. Some reporting suggests that Chief of Staff John Kelly killed the deal, but whatever happened, the House-approved Continuing Resolution that funded CHIP was always an option on the table for Schumer.
Let’s be clear that the worst-case scenario for Democrats under this CR was that a month from now we would be back at the drawing board with CHIP fully funded. One less — pardon the pun — chip for the GOP to play.
The Democrats refusal to take this deal is not only cynical; it’s dangerous. They claim this is about protecting Dreamers, but Dreamers are not protected by a government shutdown, they are put at greater risk. An agreement to fund the health care of children and keep the government running would have created the canvas for good faith negotiations on the Dreamers, the Wall, and immigration reform. Instead we are in all out warfare.
The good old days of a recent Democratic president who urged us not to make the perfect the enemy of the good are long gone. The new mantra for the party of Jefferson and Jackson is to embarrass Trump at any cost. Perhaps that is fair play, after Republican obstruction of Obama. But it doesn’t make it good policy. Millions of kids had their health care put at risk for a perilous political play.
There was a very good deal on the table. The kind of deal Trump wants to be known for. He learned a hard lesson on Friday. The Democrats won’t meet him halfway. They won’t even meet him more than halfway. The prize the Democrats have their eyes on is not health care for kids, its not protection of Dreamers, its winning more power.
They better hope voters don’t see through their cynicism.
They might get their wish. They might not. But in the mean time an extremely sensible Continuing Resolution that got Democratic votes went down in flames. This isn’t a win for anyone. It was funding for a month. A month that the CR was asking for. One month in which DACA could be debated, a month in which things could be fine-tuned. How foolish it is to abandon the serious progress this deal represented.
What do the Democrats think will happen now? In a few days Trump will fold? Maybe a few weeks? A few months? What leverage is being exerted beyond a base-thrilling statement of resistance? Much of what Democrats were demanding was being offered for one slim month of government funding. That wasn’t good enough. Trump was willing to take a hit with the anti-immigration hardliners in his base and find a fix for DACA in the month after he fully-funded CHIP. Nobody knows now if that is still on he table.
Will Trump fold under the pressure of being embarrassed by not getting the deal he wanted? That doesn’t seem terribly likely. It seems more likely his position will harden. Having not been met halfway, why would he give Democrats, who are good at everything except winning elections, what they want? I fear the result will be quite the opposite.
Hopefully the public will have no stomach for this shutdown. They will see it for the miserable political play that it is and reject it. Hopefully, the Democrats will return to the table in good faith. It’s a shame they didn’t act on Friday. A lot of kids would have more secure health care had they done so.
The lesson learned is that Democrats are first and foremost interested in fighting Trump. It’s what the angriest of their base want. But its not what America wants, it’s not what’s good for America. There was a good deal offered, one that should have been taken. It wasn’t.
What happens now? Nobody knows, and as long the polls tick their way, the Democrats don’t really care.
Source>http://thefederalist.com/2018/01/21/democrats-threw-childrens-health-care-under-the-bus/
Posted by theodore miraldi at 4:57 PM