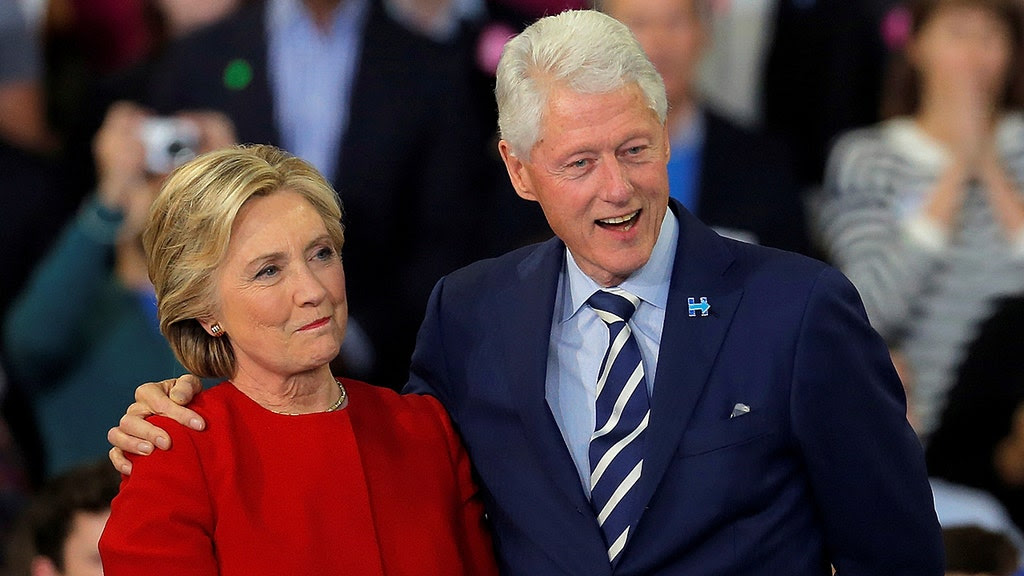 
The Justice Department has launched a new investigation into allegations the Clinton Foundation used "pay to play" politics while Hillary Clinton was U.S. secretary of state, Fox News has confirmed.
A source familiar with the investigation told Fox News late Thursday the investigation is being led by the U.S. Attorney’s office and the FBI in Little Rock, Ark.
Fox News also has learned investigators are looking into whether the Clinton Foundation violated tax law. Accusers of "pay to play" have claimed the foundation promised favors in exchange for donations or pledges of cash or gifts.
The Hill, which broke the story Thursday evening, added that FBI agents have taken the lead in the investigation and have interviewed at least one witness in the last month.
JUDICIAL WATCH: EMAILS SHOW CLINTON FOUNDATION 'PAY FOR PLAY' SCHEME
The witness said that agents inquired specifically about donations to Clinton entities and official government actions during Clinton's leadership of the State Department under President Obama, according to the Hill.
The Hill reported that law enforcement officials said there will be "additional activities" relating to the investigation in the coming weeks.
In a statement to Fox News, Clinton Foundation spokesman Craig Minassian suggested that the organization had done nothing improper.
“Time after time, the Clinton Foundation has been subjected to politically motivated allegations, and time after time these allegations have been proven false," Minassian said. "None of this has made us waver in our mission to help people."
Clinton spokesman Nick Merrill told Fox News that the investigation is an attempt by the Trump administration to distract the public.
"Let’s call this what it is: A sham," Merrill said. "This is a philanthropy that does life-changing work, which Republicans have tried to turn into a political football.  It  began with a long-debunked project spearheaded by Steve Bannon during the presidential campaign.  It continues with Jeff Sessions doing Trump’s bidding by heeding his calls to meddle with a department that is supposed to function independently. The goal is to distract from the indictments, guilty pleas, and accusations of treason from Trump’s own people at the expense of our justice system’s integrity. It’s disgraceful, and should be concerning to all Americans."
Late last year, Attorney General Jeff Sessions told prosecutors to evaluate “certain issues” raised by congressional Republicans cocerning alleged unlawful dealings related to the Clinton Foundation, leading to speculation about the potential appointment of another special counsel.
In September, the conservative watchdog group Judicial Watch said that emails from Clinton aide Huma Abedin's account showed Clinton Foundation donors requesting and receiving favors from the State Department.
Federal investigators are also reviewing Clinton's use of a private email server when she was secretary of state, according to The Daily Beast.
Fox News' Lukas Mikelionis and Gregg Re contributed to this report.
Source>http://www.foxnews.com/politics/2018/01/05/justice-department-investigating-clinton-foundation-over-pay-to-play-allegations.html
Posted by theodore miraldi at 8:36 AM