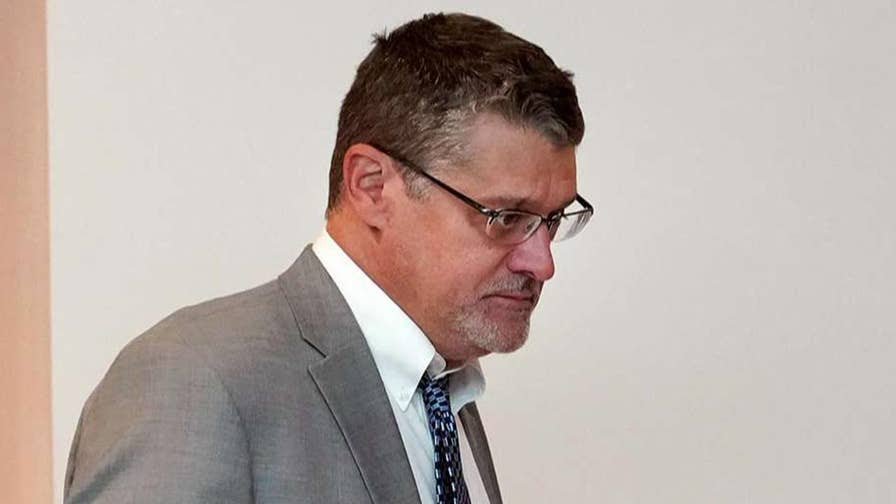 
The House Intelligence Committee unanimously voted Thursday to release hours of private testimony from an interview with the co-founder of the firm that compiled the infamous anti-Trump dossier, Fox News has learned.
The Committee voted to make public the transcript of the November interview with Fusion GPS’ Glenn Simpson, who testified behind closed doors. The transcript will be posted to the committee’s website Thursday afternoon.
“Democrats and Fusion GPS supporters will get some unwelcome surprises if this is published,” a Republican source told Fox News ahead of the vote.
Simpson and Fusions' co-founder Peter Fritsch penned an Op-Ed for The New York Times earlier this month calling for the release of transcripts.
Ranking Committee Member Adam Schiff, D-Calif., also called for the release of Simpson’s testimony on Monday.
“In light of the selective leaks of Mr. Simpson’s testimony and misleading manner in which Fusion GPS’ role has been characterized, I support releasing the transcript,” Schiff said in a statement.
Democrats have tried to play down the dossier amid questions about its veracity.
The vote comes just a week after Senate Judiciary Committee Ranking Member Dianne Feinstein, D-Calif., unilaterally released a 312-page transcript of Simpson’s August interview with committee investigators.
The release provoked controversy on Capitol Hill. The hundreds of pages of Simpson’s responses were rich with revelations about Fusion GPS, its work and its investigation of Trump, which began in September 2015.
One passage, in particular, drew heavy attention. Simpson’s lawyer claimed someone had been killed over the dossier’s publication.
“He wants to be very careful to protect his sources,” Simpson’s attorney Josh Levy said during the Aug. 22 committee interview. “Somebody’s already been killed as a result of the publication of this dossier and no harm should come to anybody related to this honest work.”
Levy did not elaborate on who was killed, and congressional investigators did not follow up with any questions to his claim.
Neither a spokesperson for Grassley nor Feinstein responded to Fox News’ request for comment on why investigators did not follow up with questions on the serious charge made by Levy.
The dossier was written by former British MI6 agent Christopher Steele. Fusion GPS, which hired Steele, was funded by the Clinton campaign and the Democratic National Committee. The findings eventually made their way to the FBI. The dossier was published on BuzzFeed News in January 2017.
The decision on whether to release Simpson’s testimony from his meeting with the House Intelligence Committee would reveal different answers to hours of different questions on the House side of Capitol Hill.
Source>http://www.foxnews.com/politics/2018/01/18/house-intelligence-committee-votes-to-release-transcript-interview-with-fusion-gps-boss.html
Posted by theodore miraldi at 1:33 PM