The Justice Department has given various congressional committees nearly 400 pages of additional text messages between two FBI officials who were removed from Special Counsel Robert Mueller's investigation into alleged collusion between the Trump campaign and Russian officials.
One of the newly discovered messages, lawmakers said, appeared to indicate that Peter Strzok and Lisa Page knew that charges would not be filed against Democratic presidential candidate Hillary Clinton as a result of the investigation into her email server -- before Clinton was interviewed by the bureau.
Strzok and Page were pulled off the probe last summer after it emerged that some of their messages to each other included anti-Trump content. Strzok, an FBI counterintelligence agent, was reassigned to the Bureau's human resources division after the discovery of the exchanges with Page, with whom he was having an affair.
According to a Saturday letter to FBI Director Christopher Wray from Sen. Ron Johnson, R-Wis., the chairman of the Senate Homeland Security Committee, the Justice Department provided 384 pages of messages to lawmakers on Friday. However, Johnson noted that additional texts sent between Dec. 14, 2016 and May 17 of last year were not preserved by the FBI's system. 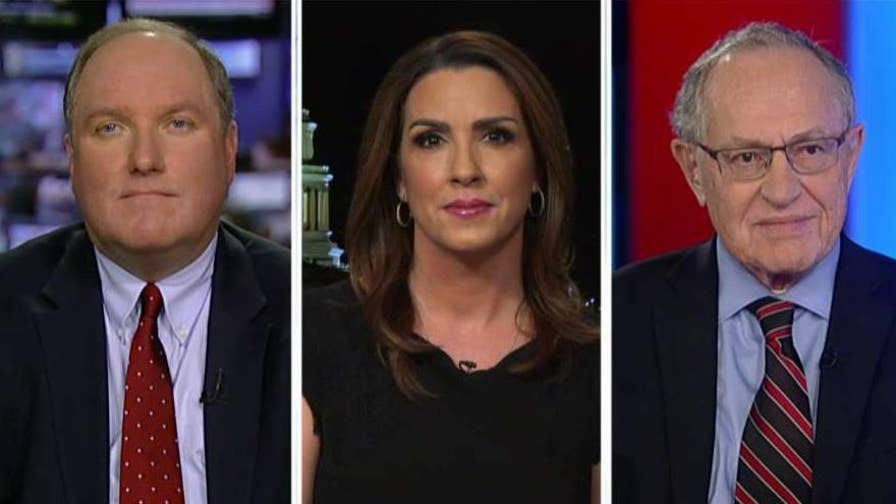 One exchange between Strzok and Page, dated July 1, 2016, referenced then-Attorney General Loretta Lynch's decision to accept the FBI's conclusion in the Clinton investigation. Lynch's announcement came days after it was revealed that the attorney general and former President Bill Clinton had an impromptu meeting aboard her plane in Phoenix.
"Timing looks like hell," Strzok texted Page.
"Yeah, that is awful timing," Page agreed. In a later message, she added: "It's a real profile in couragw [sic], since she knows no charges will be brought."
Four days later, then-FBI Director James Comey announced that no charges would be brought against Clinton, even though -- as he put it -- her actions in regard to the private server were "extremely careless."
Another exchange from the day before referenced a change to Comey's statement closing out the investigation. While an earlier draft of the statement said Clinton and President Barack Obama had an email exchange while Clinton was "on the territory" of a hostile adversary, the reference to Obama at first was changed to "senior government official" and then omitted entirely in the final version.
'F TRUMP': TEXTS BETWEEN EX-MUELLER TEAM MEMBERS EMERGE, CALLING TRUMP 'LOATHSOME HUMAN,' 'AN IDIOT'
Last month, the Justice Department released hundreds of text messages that the two had traded before becoming part of the Mueller investigation. Many focused on their observations of the 2016 election and included discussions of the Clinton investigation. Republican lawmakers have contended the communication reveals the FBI and the Mueller team to be politically tainted and biased against Trump — assertions Wray has flatly rejected.
In Johnson's letter to Wray, he asked whether the FBI had any records of communications between Strzok and Page during that five-month window and whether the FBI had searched their non-FBI phones for additional messages. He also asks for the "scope and scale" of any other records from the Clinton investigation that have been lost.
A source on the committees receiving the texts told Fox News it was "outrageous" that the FBI had not previously indicated that the five-month gap in the messages existed. The source said it was incumbent on the FBI to prove that the missing texts do not constitute "obstruction" of congressional oversight or "destruction of evidence."
The source added that congressional investigators want to know if the Justice Department's inspector general has copies of the messages.
Fox News' Jake Gibson and Catherine Herridge contributed to this report, along with The Associated Press
Source>http://www.foxnews.com/politics/2018/01/21/newly-released-texts-between-ex-mueller-team-members-suggest-knew-outcome-clinton-email-probe-in-advance.html
Posted by theodore miraldi at 8:33 AM