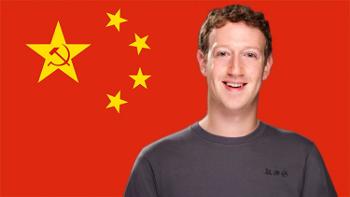 As you already know FACEBOOK is no better than the people who brought us the Steele Dossier and FAKE NEWS! This platform is a serious Abuser of FIRST AMENDMENT RIGHTS. This fact is widely accepted, yet nothing is being done. The recent fact FB has lost credibility with its users is beginning to hurt Zucker-bucks in his pocketbook. His recent lengthy statement regarding interaction is another ruse to promote only the PROPAGANDA is Socialist friends want us to know.
So as a result, I am seriously considering not returning to posting real news stories on this LEFTY owned platform.
HOWEVER, anyone can Go Directly to my BLOG: socio-political-journal.comand interact without ZUCKERBERG'S COMRADES shutting you down. And if my words mean anything, this Platform will be the next 'SHITHOLE' real Patriots will run from. Everyday more evidence comes out regarding the TECH GIANTS wanting to remove human interaction for 0's and 1's.
Their efforts to control your thoughts and decisions will give them the power these Ego-maniacs want. No longer do they feel there is a necessity to promote the TRUTH, their only goal is amassing enormous sums of money made from your work to hurt you.
FACEBOOK doesn't even have the common decency to explain to its users why they are being censored. Sounds like Communism to me!
This notice appeared after my VERY FIRST POST this Morning!
You're temporarily restricted from joining and posting to groups until January 21 at 10:18am.
RESTRICTION ON Ends January 21 at 10:18am
Posted by theodore miraldi at 11:01 AM