Trump Jokes Shutdown is a ‘PRESENT’ From Democrats 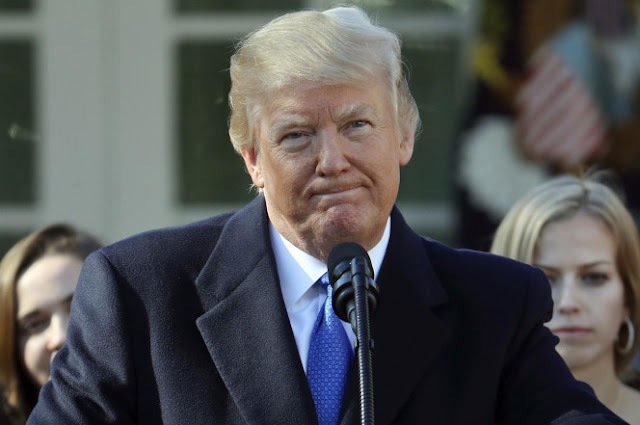 The federal government shutdown is a gift from Democrats, President Trump joked amid a string of early Saturday tweets, pinning blame for the stalemate on Democrats and pushing for more Republicans to be elected.
“Democrats are far more concerned with Illegal Immigrants than they are with our great Military or Safety at our dangerous Southern Border. They could have easily made a deal but decided to play Shutdown politics instead. #WeNeedMoreRepublicansIn18 in order to power through mess!” he tweeted at 6:17 a.m.
He followed up with a joke on the first anniversary of his inauguration.
“This is the One Year Anniversary of my Presidency and the Democrats wanted to give me a nice present. #DemocratShutdown,” he tweeted at 6:33 a.m.
The tweets continued, with Trump citing the midterm elections as crucial for his party’s success.
“For those asking, the Republicans only have 51 votes in the Senate, and they need 60. That is why we need to win more Republicans in 2018 Election! We can then be even tougher on Crime (and Border), and even better to our Military & Veterans!” he wrote at 6:44 a.m., followed by the catchphrase “#AMERICA FIRST!”
Late Friday night, the Senate failed to approve a temporary spending bill forcing a government shutdown on the anniversary of President Trump’s inauguration.
Vice President Mike Pence talking to reporters early this morning also attributed the shutdown to the Democrats after stopping in Ireland while en route to the Middle East.
“We have soldiers that are headed down range to Kuwait for six months in a critical theater to serve the country, and yet because of Democrats in the Senate, they have anxiety about their pay.”
Source>https://nypost.com/2018/01/20/trump-jokes-government-shutdown-is-present-from-democrats/
Posted by theodore miraldi at 10:14 AM