Ancient VIRUS Could be the REASON Humans Can THINK 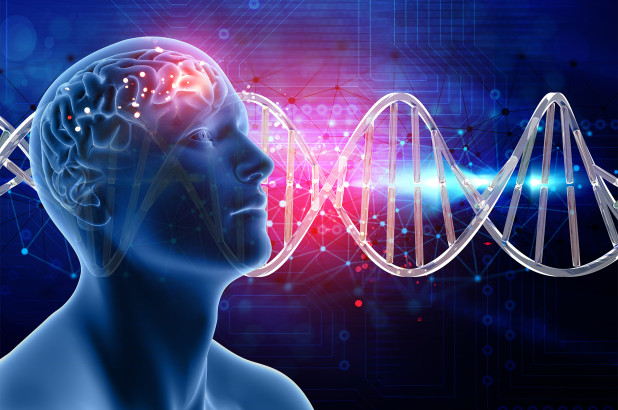 
An ancient virus could be responsible for human consciousness, giving you the ability to think for yourself.
New research has linked a human gene responsible for conscious thought to a virus that was spread in the early days of humanity.
Two papers published in the Cell journal discuss the origins of the Arc gene, which packages up genetic information and sends it around nerve cells in little virus-style capsules.
These packages of information are believed to be critical to how our nerves communicate and could be responsible for our thoughts.
Elissa D. Pastuzyn, who authored one of the studies, said: “Evolutionary analysis indicates that Arc is derived from a vertebrate lineage of Ty3/gypsy retrotransposons, which are also ancestors to retroviruses.”
It’s believed that between 40 percent and 80 percent of the human genome was developed thanks to ancient viruses.
Unlike bacteria, which simply live in the body, viruses make active changes to your cells, injecting their own genetic code.
This can often be entirely useless — and sometimes causes harm, including through the reproduction of more viruses — but occasionally we end up with useful modifications.
And it seems an ancient virus may have given rise to all human thought — thanks to the Arc gene.
Pastuzyn said that the virus was “repurposed during evolution, to mediate intercellular communication in the nervous system.”
James Ashley, who authored one of the studies, said: “The neuronal gene Arc is essential for long-lasting information storage in the mammalian brain, mediates various forms of synaptic plasticity and has been implicated in neurodevelopmental disorders.”
He added that mutations in the gene have been “linked to autism and schizophrenia,” which suggests that Arc has a pivotal role to play in how we perceive and react to the world around us.
Source>https://nypost.com/2018/02/06/ancient-virus-could-be-the-reason-humans-can-think/
Posted by theodore miraldi at 10:07 AM