Her campaign is linked to at least three separate pieces of information fed to the FBI, including the dossier the FBI used as a pretext to spy on a Trump campaign associate. 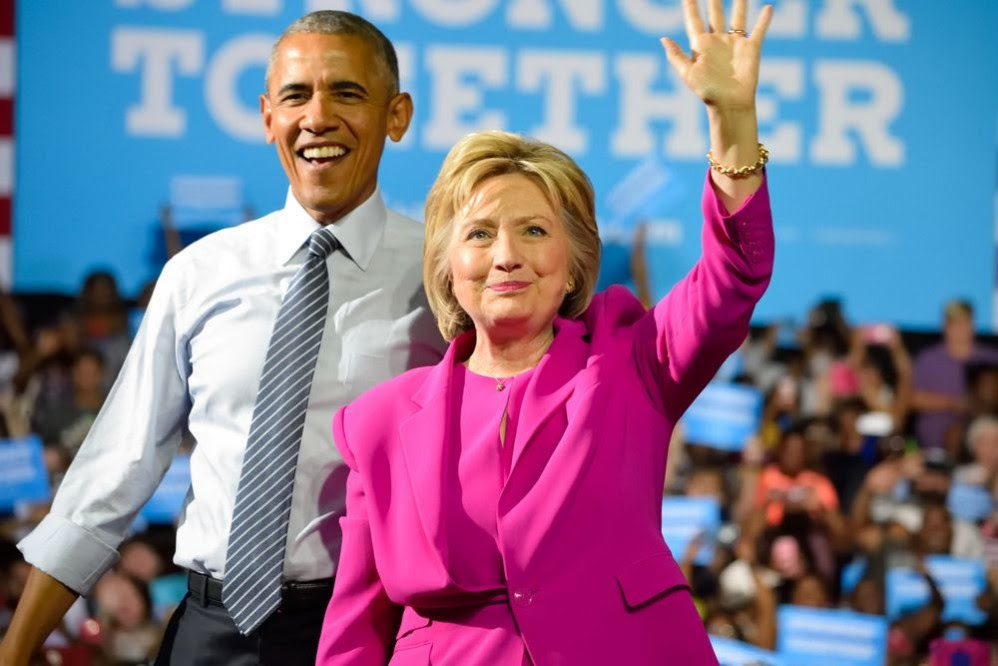 A significant part of the Federal Bureau of Investigation’s basis for investigating the Trump campaign’s Russia ties is looking more and more like a political hit job carried out by the Democratic National Committee and the Hillary Clinton campaign. Her campaign’s fingerprints are on at least three separate pieces of information fed to the FBI, including the Christopher Steele dossier Republicans say formed the basis of a secret warrant obtained to spy on Trump campaign associate Carter Page.
A former State Department official confirmed on the record Thursday that Clinton associates were funneling information to Steele as he was compiling a dossier commissioned and paid for by the Clinton campaign and DNC. That’s on top of the recent revelation that a top Department of Justice official fed the FBI information compiled by his wife, who was working for the firm Clinton and the DNC were paying to dig up dirt on Trump, Fusion GPS.
The dossier was quoted “extensively” in the FBI’s application to obtain a warrant to spy on the Trump campaign, according to a memo released by Republicans on the House intelligence committee. In a January letter to the FBI made public this week, two Senate Republicans also said Steele’s information formed a “significant portion” of the warrant application.
“It is troubling enough that the Clinton Campaign funded Mr. Steele’s work, but that these Clinton associates were contemporaneously feeding Mr. Steele allegations raises additional concerns about his credibility,” Sens. Chuck Grassley, who chairs the Judiciary Committee, and Lindsey Graham wrote in the letter referring Steele to the FBI for a criminal investigation.
Taken together, here’s what we know so far about the extent of Clinton’s involvement in the FBI’s case.

1. Clinton ally Sidney Blumenthal funneled information to the FBI through a contact at the State Department.

In an account published by The Washington Post, former State Department official Jonathan Winer describes how research compiled by a Clinton ally made its way into his hands and then to the FBI. Winer was in charge of combating transnational organized crime at the State Department under Bill Clinton in the 1990s, and returned under the Obama administration to work on international law enforcement. Between his two gigs, he became friends with Steele, who as a result began feeding information to the State Department, and tipped Winer off in Sept. 2016 to the Trump dossier he was compiling.
That same month, Winer met Blumenthal, who provided him with notes on Trump and Russia compiled by another Clinton insider, Cody Shearer. “What struck me was how some of the material echoed Steele’s but appeared to involve different sources,” Winer writes in The Washington Post. He decided to show the notes to Steele, who told him the information could be used to corroborate his dossier. Steele walked away with a copy of the notes, which he provided to the FBI.
Shearer and Blumenthal, known respectively as “Mr. Fixer” and “Vicious Sid” in Clinton world, are staunch allies of the Clintons. Winer notes he didn’t know whether the information Blumenthal fed him was accurate, but says he fed it to Steel anyway because he was “alarmed at Russia’s role in the 2016 election.”
Grassley and Graham express concern in their criminal referral that Steele was “vulnerable to manipulation” while compiling his dossier on Trump, as he has admitted to meeting with at least four different news outlets during that time (in violation of an agreement he had with the FBI), and indicated he received unsolicited and unverified tips on Trump and included them in his dossier. “Simply put, the more people who contemporaneously knew that Mr. Steele was compiling his dossier, the more likely it was vulnerable to manipulation,” they wrote in their letter.
Of course, the Clinton network knew to some extent about the dossier, since Hillary’s campaign and the DNC had commissioned and funded the effort through Fusion GPS. Whether Blumenthal was planting bogus information to manipulate Steele or passing along what he regarded as a legitimate tip is unclear, but it’s certainly not a good look.
Regardless, this second unverified and unsolicited dossier made its way to the FBI thanks to the Clinton camp.

2. Steele was at that same time compiling a dossier paid for by the Clinton campaign and the DNC.

As noted, Steele was already well into work on a dossier paid for by the Clinton campaign and DNC regarding Trump’s Russia ties when Winer approached him. Perkins Coie, a law firm representing the Clinton campaign and the DNC, had hired Fusion GPS to dig up opposition research on Trump prior to the election. Fusion in turn employed Steele, a former British spy, to compile the dossier. His work was entirely funded by Democrats.
The FBI was never able to verify the salacious claims in Steele’s dossier, so relied heavily on his reputation to infuse the document with credibility before the Foreign Intelligence Surveillance Act court, according to the Republican memo and criminal referral. The bureau continued to vouch for him before the court in subsequent applications to renew the warrant, even after learning he was “desperate” to stop Trump from getting elected, had broken the bureau’s trust by dishing to the press in one case, and potentially lied to the bureau outright in several other instances — a criminal offense. The court learned none of this, and continued to grant the FBI permission to spy on a U.S. citizen based in part on Steele’s research.

3. A top DOJ official fed the FBI research on Trump from his wife also paid for by the Clinton campaign and the DNC.

The third piece of information provided to the FBI in connection with Clinton allies is research compiled by the wife of former senior Justice Department official Bruce Ohr, who worked closely with Deputy Attorney General Sally Yates and her replacement, Rod Rosenstein. Ohr was also a friend of Steele.
Ohr’s wife was employed by Fusion GPS to help compile opposition research on Trump. According to the Republican memo, Ohr eventually turned over all of the information she compiled — while working ultimately for the Clinton campaign and the DNC — to the FBI. It’s unclear whether this information made it into the FISA applications, but it’s one more example of evidence received by the FBI that can be traced back to the Clinton campaign.
According to the Republican memo, the FISA court was never informed of the Ohr’s connections to Fusion GPS and Steele.
In sum: To obtain a warrant to spy on a Trump campaign associate, the FBI relied heavily on a dossier that was never substantiated, put together by a former spy “desperate” to stop Trump. That dossier was paid for by powerful Democrats on Trump’s rival campaign, who also paid for opposition research the FBI received from a powerful couple inside President Obama’s DOJ. Separately, two Clinton allies worked together to funnel a second unsubstantiated dossier to the FBI through the State Department.
Rachel Stoltzfoos is managing editor of The Federalist.
Source>http://thefederalist.com/2018/02/10/hillary-clintons-fingerprints-fbis-investigation-trumps-russia-ties/
Posted by theodore miraldi at 3:00 PM