White House communications director Hope Hicks is resigning, it was announced Wednesday.
“There are no words to adequately express my gratitude to President Trump,” Hicks said in a statement. “I wish the president and his administration the very best as he continues to lead our country.”
Hicks, 29, is Trump’s longest serving aide, having worked with him before he announced his candidacy, through the campaign and into the second year of his administration.
“Hope is outstanding and has done great work for the last three years,” Trump said in a statement provided by the White House. “She is as smart and thoughtful as they come, a truly great person. I will miss having her by my side but when she approached me about pursuing other opportunities, I totally understood. I am sure we will work together again in the future.” 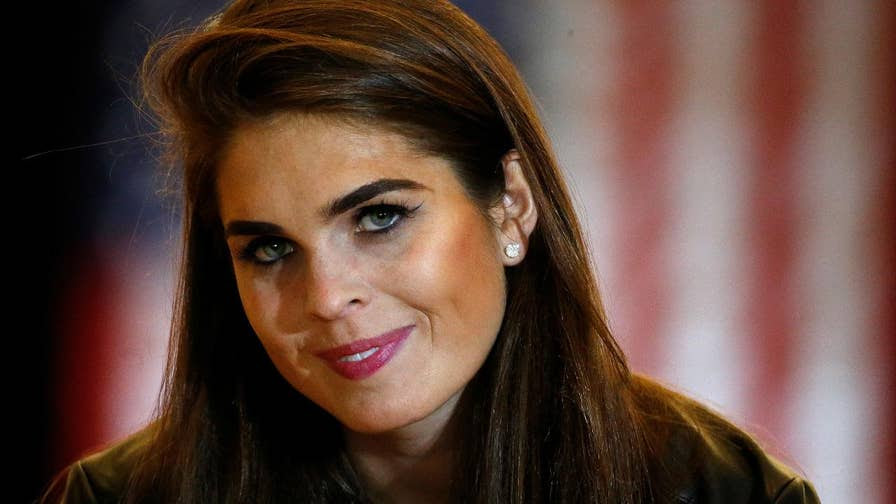 Hicks’ exact departure is to be determined but it will be sometime in the next few weeks, an aide said.
“When I became Chief of Staff, I quickly realized what so many have learned about Hope – she is strategic, poised and wise beyond her years,” chief of staff John Kelly said in a statement. “She became a trusted adviser and counselor and did a tremendous job overseeing the communications for the President’s agenda including the passage of historic tax reform. She has served her country with great distinction. To say that she will be missed, is an understatement.”
Hicks joined the White House after the campaign, and was promoted to communications director over the summer. She is credited by the White House with leading strategic messaging for tax reform effort and working with White House Press Secretary Sarah Sanders to stabilize the press and communications teams.
Hicks’ resignation was first reported by the New York Times.
Source>http://www.foxnews.com/politics/2018/02/28/hope-hicks-resigning-as-white-house-communications-director.html
Posted by theodore miraldi at 5:04 PM