ICE Arrests More Than 150 ILLEGALS After Mayor Warned of Raid 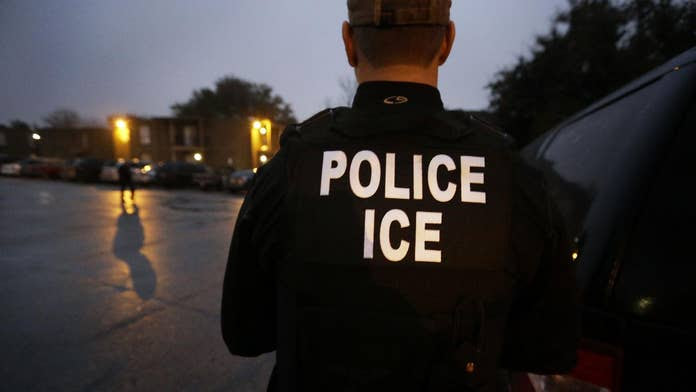 Associated Press
SAN FRANCISCO — Federal immigration agents arrested more than 150 people in California in the days after Oakland’s mayor gave early warning of the raids, it was announced Tuesday.
U.S. Immigration and Customs Enforcement officials announced that agents made the arrests in a three-day sweep starting Sunday that covered cities from Sacramento in the north to Stockton in the Central Valley. About half of those arrested for being in the country illegally had criminal convictions, the agency said.
On Saturday, Oakland Mayor Libby Schaaf warned residents that “credible sources” had told her a sweep was imminent, calling it her “duty and moral obligation” to warn families.
The warning “was meant to give all residents time to learn their rights and know their legal options,” she said in a statement Tuesday night reported in the San Francisco Chronicle.
California lawmakers from Gov. Jerry Brown down to local mayors have resisted a Trump administration immigration crackdown that they contend is arbitrarily hauling in otherwise law-abiding people and splitting up families that include U.S.-born children.
Acting ICE director Thomas Homan lambasted Schaaf and her city in a statement that suggested the sweep targeted so-called “sanctuary cities” that limit cooperation between ICE and local law enforcement.
“Sanctuary jurisdictions like San Francisco and Oakland shield dangerous criminal aliens from federal law enforcement at the expense of public safety,” Homan said. “Because these jurisdictions prevent ICE from arresting criminal aliens in the secure confines of a jail, they also force ICE officers to make more arrests out in the community, which poses increased risks for law enforcement and the public.”
Defenders of sanctuary city practices say they actually improve public safety by promoting trust among law enforcement and immigrant communities and reserving scarce police resources for other, more urgent crime-fighting needs.
ICE said those arrested included several people with convictions for crimes such as assault with a deadly weapon, including a man who had been previously deported to Mexico eight times.
Schaaf defended her decision Tuesday night.
“I do not regret sharing this information,” Schaaf said. “It is Oakland’s legal right to be a sanctuary city and we have not broken any laws. We believe our community is safer when families stay together.”
The ICE sweep was the second since a statewide sanctuary law took effect last month. ICE arrested more than 200 people earlier this month in the Los Angeles area.
Source>https://nypost.com/2018/02/28/ice-arrests-more-than-150-people-after-mayor-warned-of-impending-raid/
Posted by theodore miraldi at 7:21 AM