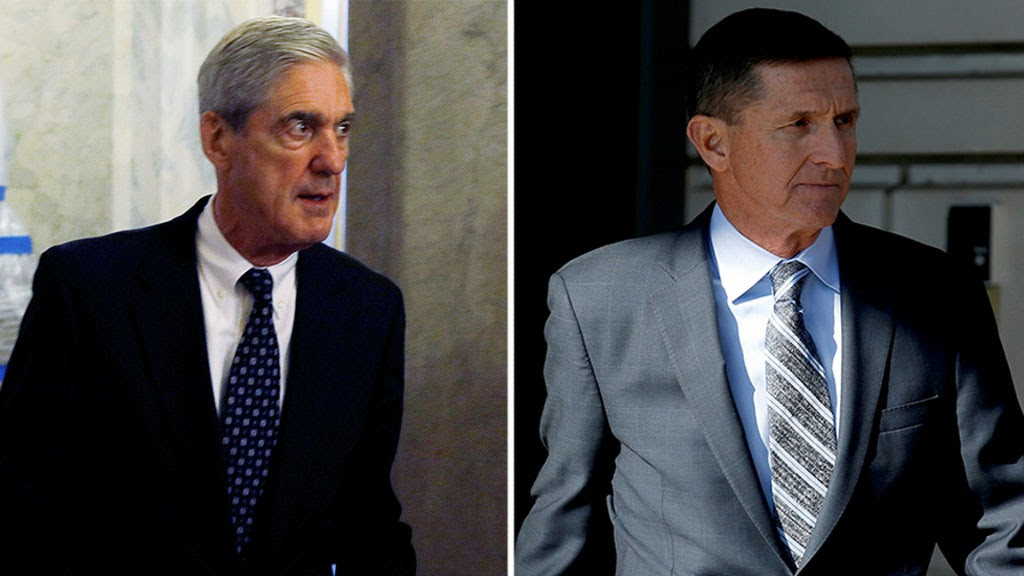 Special Counsel Robert Mueller's team has postponed the sentencing of former national security adviser Michael Flynn due to the “status” of the investigation, raising questions as to what the development means for the direction of the Russia probe.
A one-page "Joint Status Report" filed Wednesday in federal court in Washington gave notice that they would file another such report within 90 days.
“Due to the status of the Special Counsel’s investigation, the parties do not believe that this matter is ready to be scheduled for a sentencing hearing at this time,” the document, signed by Mueller and Flynn attorneys Robert Kelner and Stephen Anthony, said.
“The parties shall file a joint status report by no later than May 1, 2018, stating whether the matter should be scheduled for sentencing or whether a deadline should be set for filing another joint status report,” said a related order signed by Judge Emmet G. Sullivan.

Former National Security Adviser Michael Flynn pleaded guilty to making false statements to the FBI in Dec. 2017 as part of the Special Counsel probe.  (AP)
Flynn pleaded guilty on Dec. 1, 2017 to making false statements to the FBI.
Following his guilty plea, Flynn agreed to “cooperate fully, truthfully, completely and forthrightly” with the investigation, with sentencing delayed until those efforts “have been completed.”
There has been months-long speculation that Flynn was cooperating with Mueller’s team and offering information. He said as much at the time of his plea.
“My guilty plea and agreement to cooperate with the Special Counsel’s Office reflect a decision I made in the best interests of my family and of our country,” Flynn said in December. “I accept full responsibility for my actions.”
The delay could suggest Flynn is continuing to provide information.
Such a delay in sentencing, according to a former high-ranking Justice Department official, is common in federal investigations.
“This is very, very common for a cooperating defendant,” the former official, James Trusty who served under both the Bush and Obama administrations, told Fox News. “They don’t want to tell the judge to sentence Flynn until they can tell the judge that he helped in the case.”
Trusty said that if Flynn were ever asked to testify in a trial, he would be “a better witness” if still facing the prospect of sentencing.
Flynn could be sentenced to federal prison for up to five years for making false statements to the FBI.
“It’s a routine play that federal sentencing gets put off until you’re done cooperating,” Trusty said, adding that this does not give any insight into the “pace” of Mueller’s probe, but rather the “existence of it.”
“They are basically saying ‘we may use Flynn for more information,’ but who knows where they think he fits in the grand scheme of the investigation,” Trusty said. “They obviously think he still has some potential, affirmative work to do.”
But another former U.S. official told Fox News the decision to delay Flynn’s sentencing could be related to the judge presiding over the case.
U.S. District Court for the District of Columbia Judge Rudolph Contreras took Flynn’s guilty plea on Dec. 1, 2017 – but just days later, Contreras recused himself from the case.
A court spokesperson told Fox News that the courts do not disclose grounds for recusal.
“It may very well be that the guilty plea cannot stand because of all of this,” former federal prosecutor Joseph diGenova told Fox News Thursday, noting that Contreras also is a judge on the U.S. Foreign Intelligence Surveillance Court.
Requests for FISA warrants are made through the court, and target suspected foreign spies inside the U.S. The court has been at the center of controversy over a congressional memo said to detail surveillance abuses tied to the 2016 campaign.
But in reference to Flynn’s guilty plea, a source close to the court told Fox News Thursday that Contreras’ recusal doesn’t affect the status of the plea.
A spokesman for Mueller told Fox News the office would decline to comment beyond the joint status report.
Source>http://www.foxnews.com/politics/2018/02/01/mueller-team-seeks-delay-in-flynn-sentencing.html
Posted by theodore miraldi at 4:55 PM