Three members of the notorious Salvadoran gang MS-13 showed no remorse as they laughed and joked while the family of one the Long Island high school teenage girls they are accused of killing grimly looked on.
Enrique Portillo and brothers Alexi Saenz and Jairo Saenz laughed, smiled and joked with each other as prosecutors said they were waiting to hear from the U.S. Justice Department about whether they can pursue the death penalty.
The family of 16-year-old Kayla Cuevas, the Brentwood, N.Y. girl they are accused of slaughtering in cold blood alongside her friend Nisa Mickens, 15, glared at them from the gallery, the New York Post.

Kayla Cuevas, 16, and her friend Nisa Mickens, 15, were killed by MS-13 members in Brentwood, N.Y. in September 2016.  (AP)
The two teenage girls were slaughtered in a residential neighborhood near an elementary school on Sept. 13, 2016 - the day before Mickens’ 16th birthday. Her body was found on a tree-lined street in Brentwood, while Cuevas’ beaten body turned up in the wooded backyard of a nearby home a day later.
The two teens were lifelong friends who friends and family said had been inseparable and shared an interest in basketball.
“We shouldn’t be tolerating this type of behavior, at all what so ever. These are kids [getting killed], kids. This should not be tolerated at all,” Cuevas’ mother Evelyn Rodriguez told “Fox and Friends” last July.
U.S. Attorney Robert L. Capers said the Saenz brothers ordered the killing of Cuevas in retaliation after she called out the gang at school and on social media.
Officials said Mickens was in the wrong place at the wrong time.
Portillo and two other juveniles were also charged with killing the two teenagers.
“For far too long, MS-13 has been meting out their own version of the death penalty,” Capers said at the time of their arrests. 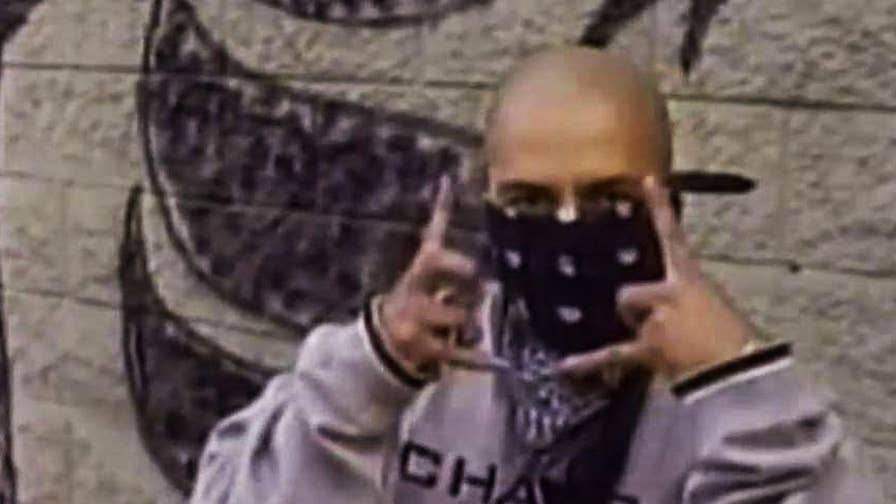 The three suspects were among 13 gang members charged with a serious of crimes including seven murders in March 2017.
'Today marks the beginning of healing for the families and the community," he said. "It's a great day for justice... but the job is not done," Suffolk County Police Commissioner Tim Sini told Fox News at the time of their arrest in March 2017.
U.S. Attorney General Jeff Sessions has emphasized the Trump administration’s commitment to combating MS-13, and has allowed prosecutors to pursue any legal avenue to target the gang – although he has not yet stated whether capital punishment is on the table for Portillo and the Saenzes, the Post reported.
Meanwhile, reputed MS-13 members Mario Aguilar-Lopez and Jose Suarez, who also appeared in court Tuesday, are accused of killing a rival gang member and injuring an onlooker. 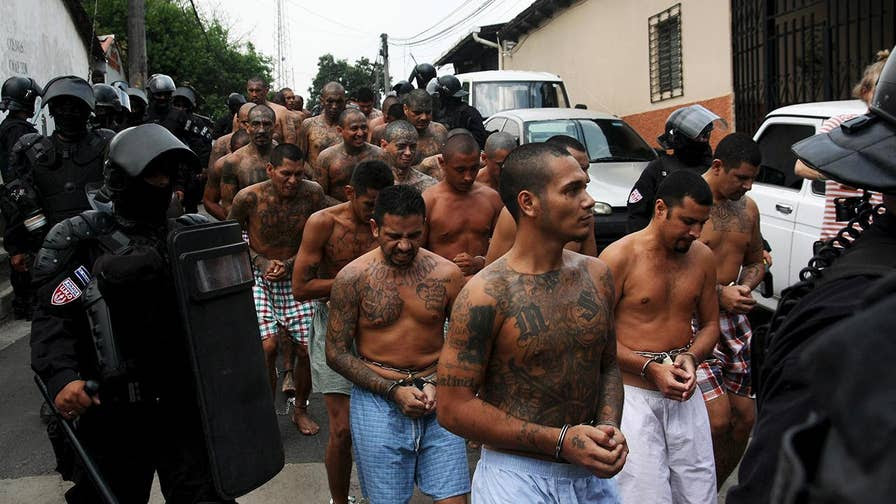 Judge Joseph Bianco offered to hear the case for Aguilar-Lopez and Suarez separately, although their lawyers have yet to file the proper motions to do so. They do not face the death penalty, the paper reported.
MS-13 was started by Central American immigrants, mainly from El Salvador, in Los Angeles in the 1980s, but has since expanded to include several other Central and South American countries. The gang is believed to be responsible for 25 killings in New York City's Long Island suburbs in the past two years.
Fox News' Lucia Suarez contributed to this report.
Source>http://www.foxnews.com/us/2018/02/28/reputed-ms-13-defendants-laugh-smile-as-slain-teens-family-glares.html
Posted by theodore miraldi at 7:58 AM