Students HATE Quotes from Trump’s SOTU , Until REALIZING They Are OBAMA'S

Sorry to say, my Alma Mater is a Left Wing Breeding Ground of Ignorance. They Honor Van Jones and Puerto Rican Terrorists before the President of the United States. This is what you call Lower Learning, where Logic and Reason have left the building. I was proud to go to John Jay, but beyond a doubt most Faculty are Ideologues. 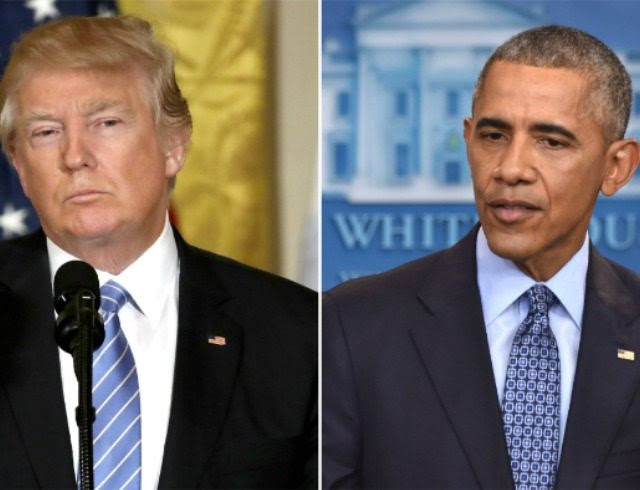 Some students reacted negatively to quotes they believed were from President Donald Trump’s recent State of the Union Address, until realizing they were actually quoting Barack Obama.

Campus Reform’s Cabot Phillips spoke to students outside John Jay College in New York City, who unanimously criticized the supposed Trump quotes, describing them as “warmongering,” “aggressive,” and “immature.”
The quotes, taken from some of Obama’s State of the Union addresses, included threats to destroy the Islamic State, statements of America’s military strength, and attacking China’s economic policy.
“Well, first off, ISIS is fake,” replied one man. “It’s something the government made up so they can continue doing what they want to do, which is world domination.”
“The way that he approaches things is very aggressive, and that’s not the best way to approach situations,” said another woman.
When Phillips revealed that the quotes were in fact from Barack Obama, many of the participants were surprised.
“Some people are quick to judge Donald Trump just because of a few things he’s said, but I think if they paid attention to his whole presidency, maybe they will have a better outlook on him and perspective in general,” added one thoughtful respondent.


Reaction to Donald Trump’s real State of the Union address was overwhelmingly positive, with a recent NBC News poll revealing that 60 percent of Americans approved of its content.
Source>http://www.breitbart.com/big-government/2018/02/03/students-hate-quotes-from-trumps-state-of-the-union-until-realizing-they-are-obamas/
Posted by theodore miraldi at 2:11 PM