Here are some of the most shocking bombshells outlined in the memo, which summarizes information compiled by congressional Republicans. 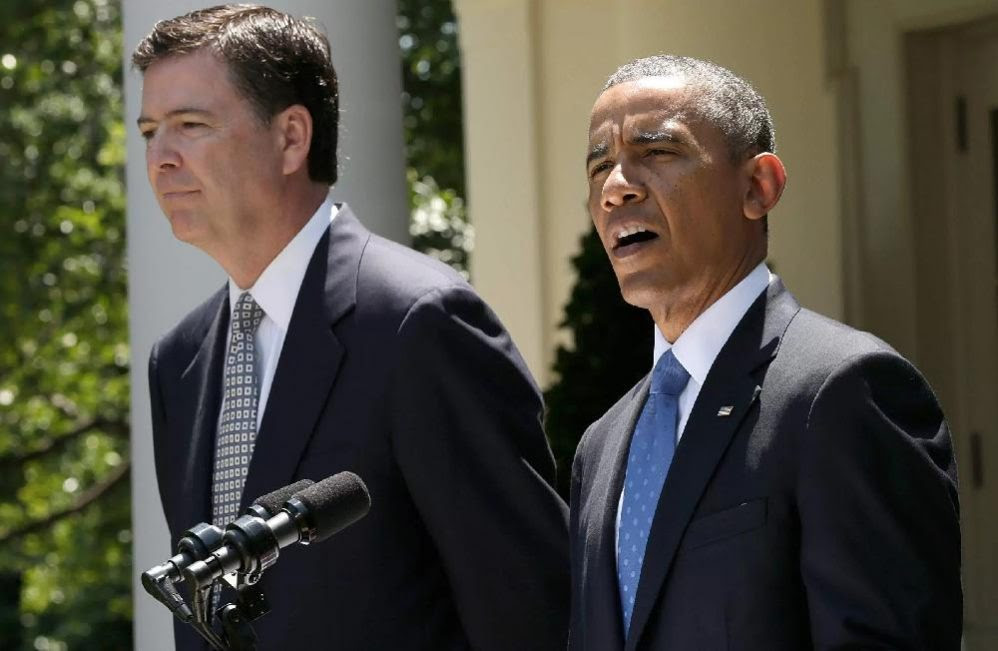 
A four-page memo compiled by House Intelligence Committee Republicans says the FBI relied on information collected by an unreliable source, whose work was funded by the Democratic National Committee and Hillary Clinton’s presidential campaign, to obtain a warrant to surveil a Trump campaign associate named Carter Page.
Here are some of the most shocking bombshells outlined in the memo, which summarizes information compiled by congressional Republicans.

In September 2016, ex-British spy Christopher Steele–who compiled an infamous dossier filled with unfounded claims about President Trump–told Yahoo News about Page’s visit to Moscow. Yahoo News subsequently published a story about this trip. The FBI then cited this Yahoo News report, sourced entirely by Steele, as evidence in its initial FISA warrant application to corroborate information the ex-British spy compiled in his dossier. The FBI incorrectly asserted to the court in its application that Steele did not provide information to Yahoo News about Page’s Moscow trip. British court filings, however, show Steele admitted he met with Yahoo News in September 2016, two months before the FBI got its initial warrant, to discuss the trip at the direction of Fusion GPS.

2. FBI Knew Steele Was Being Paid By DNC, Hillary Clinton, Chose Not To Tell The Court

The FBI did not tell the court that information cited in its warrant application was gathered by an individual who was being paid by Trump’s political opponents.
The bureau was aware that Steele was working for Fusion GPS, a research firm that was hired by Perkins Coie, a law firm Hillary Clinton and the DNC were making payments to. The DNC and Clinton campaign paid Steele $160,000. The FBI knew about these financial connections and chose not to reveal that to the court when seeking the warrant.

3. Without The Steele Dossier, FBI Wouldn’t Have Sought the Warrant To Spy On Carter Page

In December 2017, FBI Deputy Director Andrew McCabe testified before the House Intelligence Committee that the FBI wouldn’t have sought a warrant without Steele’s dossier.

4. FBI Spied On Trump’s Associate For Nearly a Year

The FBI obtained the initial FISA warrant to surveil Page on October 21, 2016 after he visited Moscow and reportedly spoke to a Russian official who had expressed support for Trump in July 2016. The warrant was renewed three times for the full extent allowed of 90 days each, totaling 360 days under surveillance.
Former FBI director James Comey signed one of the three renewal applications on behalf of the FBI, and McCabe signed one. Then-Deputy Attorney General Sally Yates, then-acting-DAG Dana Beonte, and DAG Rod Rosenstein each signed at least one or more of these renewal applications on behalf of the DOJ.
With each of these renewals, the FBI choose not to disclose to the court that it had relied on information funded by Trump’s political opponents in its quest to surveil a Trump campaign member.

5. FBI Dismissed Steele As a Source Soon After It Secured The Initial FISA Warrant

The FBI dismissed Steele as a source for violating FBI protocol by bragging about is relationship with the bureau to reporters. On October 30, 2016, just nine days after the bureau obtained a warrant to surveil Page, Mother Jones published a story revealing Steele’s relationship to the FBI. The bureau then dismissed Steele for bragging about his connections to reporters — a clear violation of FBI protocol — which made him an unreliable source.

6. FBI Did Not Tell The Court It Had Dismissed Steele

When the bureau sought the aforementioned 90-day renewals, however, the FBI did not tell the FISC the initial warrant relied on information from a terminated source who flouted his connections with the bureau to media.

7. DOJ Official’s Wife Was Getting Paid By Fusion GPS

Throughout the process of obtaining the initial warrant, then-Associate Deputy Attorney General Bruce Ohr’s wife worked for Fusion GPS, the firm that hired Steele to dig up dirt on Trump. At the firm, she helped conduct opposition research on Trump and his associates. The FBI did not disclose this to the court.
Ohr was demoted within the DOJ in December 2017 after it was discovered he had concealed meetings with Steele and Fusion GPS founder Glenn Simpson. During these meetings, Steele confided in Ohr that he was “desperate that Donald Trump not get elected.” The FBI knew about Steele’s political bias against Trump, but did not make this known to the court.
Source>http://thefederalist.com/2018/02/02/the-7-biggest-bombshells-in-the-house-intel-memo-on-fisa-abuses/
Posted by theodore miraldi at 10:48 AM