Left’s FEVER DREAM of Mueller Indicting Trump Won’t Happen, Even If He Finds Something. 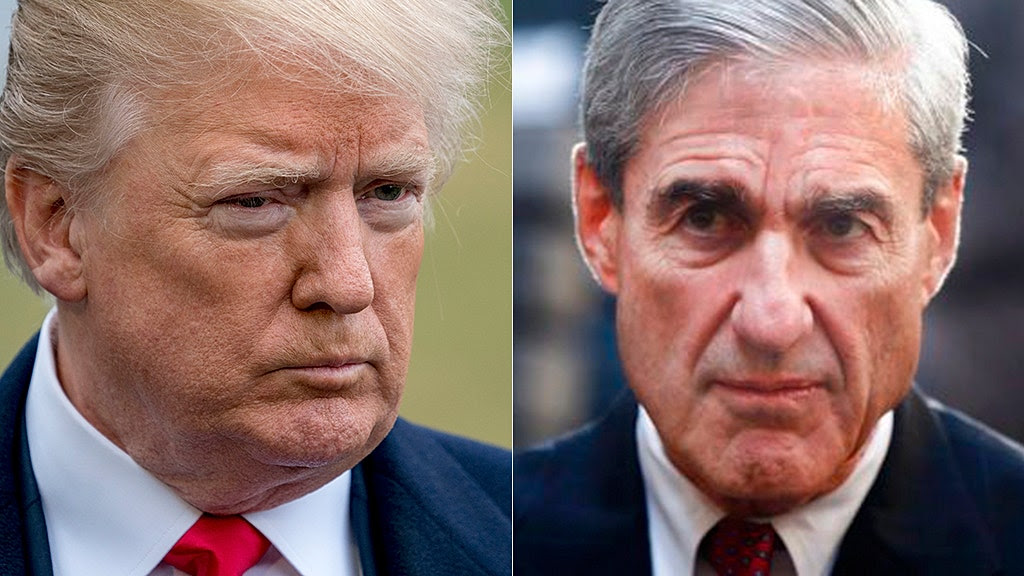 Thus far, Special Counsel Robert Mueller has not alleged any criminal collusion between the Trump campaign and Russian officials. But what if he does?
Well, if he follows past Justice Department legal guidance adopted by the Office of Legal Counsel (OLC), the answer in regard to the president is pretty much: “Nothing.”
Long ago, back in the Nixon era, OLC concluded that indicting or criminally prosecuting a sitting president would violate the Constitution by undermining “the capacity of the executive branch to perform its constitutionally assigned functions.”
The progressive left knows they don’t have the political power inside Congress to impeach President Trump. But they openly fantasize that Mueller will one day indict him on charges of criminal conspiracy.  This, they think, would lead either to his conviction and removal from office, or so severely handicap his presidency that he would be forced to resign.
Unhappily for the left, Mueller, as a special counsel at Justice, is obligated to follow departmental policies.
In 1973, OLC issued an opinion on whether the president, vice president, and other civil officers of the federal government can be subjected to criminal prosecution while in office.  It concluded that, while the vice president and other officers (such as cabinet officials) can be criminally prosecuted, the president cannot due to his “unique position under the Constitution.”

The bottom line is that no matter what evidence Mueller turns up, he can’t indict the president if he follows DOJ policy unless that policy is changed by the Deputy Attorney General or the Attorney General.

The “necessity to defend a criminal trial and to attend court…would interfere with the President’s unique official duties, most of which cannot be performed by anyone else,” the opinion stated. OLC further noted that a criminal proceeding would “hamstring the operation of the whole governmental apparatus, both in foreign and domestic affairs.”  In fact, the “spectacle of an indicted President still trying to serve as Chief Executive boggles the imagination.”
The president is “selected in a highly complex nationwide effort that involves most of the major socio-economic and political forces of our whole society.” According to OLC, it would be “incongruous to bring him down, before the Congress has acted, by a jury of twelve, selected by chance ‘off the street.’”
The 1973 opinion was reinforced by a second opinion issued by OLC in 2000.  It concluded that our constitutional structure “permits a sitting President to be subject to criminal process only after he leaves office or is removed therefrom through the impeachment process.”  Where the president is concerned, “only the House of Representatives has the authority to bring charges of criminal misconduct through the constitutionally sanctioned process of impeachment.”  Therefore, “it would be inconsistent” with the Constitution “to permit an unelected grand jury and prosecutor effectively to ‘remove’ a President by bringing criminal charges against him while he remains in office.”
Not surprisingly, some legal scholars disagree with these opinions.  For example, Hofstra University law professor Eric Freedman does not believe that an incumbent president has immunity from criminal prosecution.  Chapman University law professor Ron Rotunda, when he was working for Independent Counsel Ken Starr, reached a similar conclusion in 1998.  However, the differing opinions of other legal experts don’t really matter in this instance.
Mueller was appointed as a Special Counsel by Rod Rosenstein in May 2017 pursuant to Rosenstein’s authority as Acting Attorney General.  In the appointment order, Rosenstein states that Mueller is subject to the regulations governing special counsels.  One of those regulations, 28 CFR §600.7 (a), specifies that the special counsel must “comply with the rules, regulations, procedures, practices and policies of the Department of Justice.”
Therefore, Mueller must comply with the policies of the Justice Department – and the policy of the department according to the opinions issued in 1973 and 2000 is that a sitting president cannot be criminally indicted or prosecuted.
The bottom line is that no matter what evidence Mueller turns up, he can’t indict the president if he follows DOJ policy unless that policy is changed by the Deputy Attorney General or the Attorney General.   According to the Justice Department, the only way a president can be removed from office is through impeachment, and that process has never once ousted a president.
Source>http://www.foxnews.com/opinion/2018/02/26/left-s-fever-dream-mueller-indicting-trump-won-t-happen-even-if-finds-something-here-s-why.html
Posted by theodore miraldi at 8:44 AM