The Pol Who Won’t SHOW UP For Work

Maybe we can get some of the other criminals who occupy the Halls of Government to stay home as well...tmiraldi 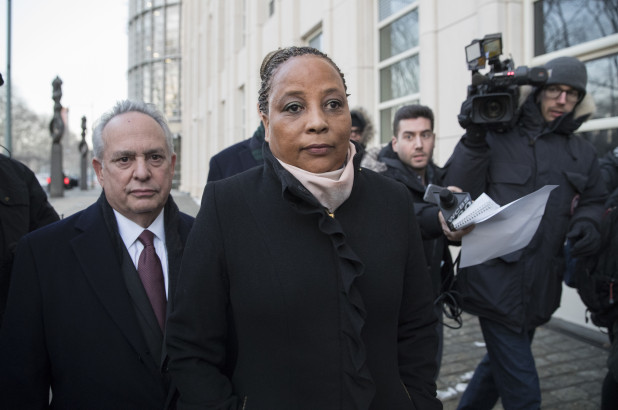 Assemblywoman Pamela Harris has gone missing in action: It seems no one in Albany has seen hide nor hair of the Brooklyn Democrat since her arrest last month on a host of fraud charges.
Problem is, she’s still collecting a healthy paycheck to represent Coney Island and other communities in the Legislature.
Federal prosecutors hit Harris with a whole slew of charges dating back to before she took office — including ripping off a nonprofit she ran and stealing Hurricane Sandy money — as well as witness tampering, obstruction of justice and conspiracy.
She’s not worried she’d break her bail agreement if she shows up for work: The judge in her case specifically acknowledged she’d have to go to Albany “to take care of some things.”
So she’s free to show (and collect a hefty per diem check) in the state Capitol unless and until she’s convicted of a felony, and the trial won’t start until July 23.
Now, she could argue that few New York legislators don’t really do much, beyond waiting around to vote on bills they don’t even have a chance to read. But telling that truth would make her a pariah in local politics.
So, if Harris is going to keep her seat and salary, she really should start showing up.
Don’t cash your check if you won’t show up at your desk.
Source>https://nypost.com/2018/02/12/the-pol-who-wont-show-up-for-work/
Posted by theodore miraldi at 5:49 PM