Using Medicaid to Help the POOR Out of Poverty 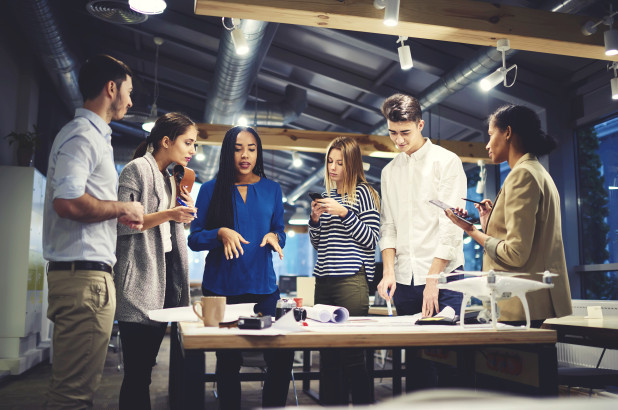 
Americans are among the most generous people in the world. While this nation was founded on the pursuit of a shared dream, the moral pledge of the American people has been to never leave behind our most vulnerable fellow citizens.
When we created Medicaid in 1965 as part of President Lyndon B. Johnson’s War on Poverty, we formalized that commitment and wove a fabric of care that has provided health services for seniors in need, pregnant mothers, low-income children and parents and people with disabilities.

It stayed that way until 2010, when the Affordable Care Act fundamentally changed Medicaid by shifting predominantly low-income adults — often without children, healthy and working-age — into the program.

Our nation should always give our utmost attention and care for Americans most in need. As such, we must allow states, who know the unique needs of their citizens, to design programs that don’t merely provide a Medicaid card but provide care that allows people to rise out of poverty and no longer need public assistance. As Ronald Reagan once put it, the aim of a government program for the poor “should be to eliminate, as far as possible, the need for its own existence.”
Our aim is to restore a strong state-federal relationship while also modernizing the program to deliver better outcomes for all the populations served. The first step is to recognize that Washington does not know what is best for states. To the contrary, we should empower states to work with their communities, providers and citizens to design innovative programs that meet their diverse needs, while holding them accountable for achieving results.
Many states had been clamoring for the flexibility to add work and community-engagement incentives for able-bodied, working-age Medicaid beneficiaries, a group substantially expanded by the ACA. The states’ compassion spurred officials to design a system to help the new able-bodied, working-age Medicaid population unlock their fullest potential.
Despite the evidence that work and community engagement can have a major positive impact on health and wellness, the previous administration rejected these requests.
We believe that if Medicaid is going to be used as the vehicle to offer substantial taxpayer benefits to healthy, working-age Americans, the program must be more flexible, and states are closer to the people they serve and can better help recipients rise out of poverty.
Today, 11 states represented by governors of both major political parties have submitted work and community-engagement proposals for their non-disabled, working-age populations. We applaud their efforts to strengthen Medicaid and are supportive of testing approaches to end poverty and improve outcomes.
The guidance we released last month intends to help states as they develop and evaluate their programs. It provides for state flexibility but also details the necessary protections states must include for people with disabilities or other health issues that may prevent them from participating in a community-engagement requirement, including those with opioid addiction and other substance-use disorders.
Our guidance also requires states to address local economic conditions that may impact an individual’s ability to find work.
The administration anticipated this would be met with criticism from those who believe requiring community engagement as a condition of federal support is a barrier to care.
It’s unfortunate that some automatically assume low-income Americans are incapable of contributing to their communities, especially when many of them already do or want to do so. It’s even more shameful that they’d dress up this unflattering view of their fellow citizens in the guise of compassion.
True compassion is lifting Americans most in need out of difficult circumstances. The new flexibility requested by states will allow them to partner with us to help program beneficiaries live healthy, fulfilling lives as independently as possible.
This administration stands for a policy that makes Medicaid a path out of poverty by empowering states to tailor programs that meet the unique needs of their citizens. We owe it to these Americans to try whatever may help them achieve the dignity and self-sufficiency they deserve.
Seema Verma is administrator of the Centers for Medicare & Medicaid Services.

Special To The Washington Post
Source>https://nypost.com/2018/02/06/using-medicaid-to-help-the-poor-out-of-poverty/
Posted by theodore miraldi at 7:42 AM