The falsehoods or misleading statistics offered by gun-control advocates makes it virtually impossible to have a genuine discussion about violence. 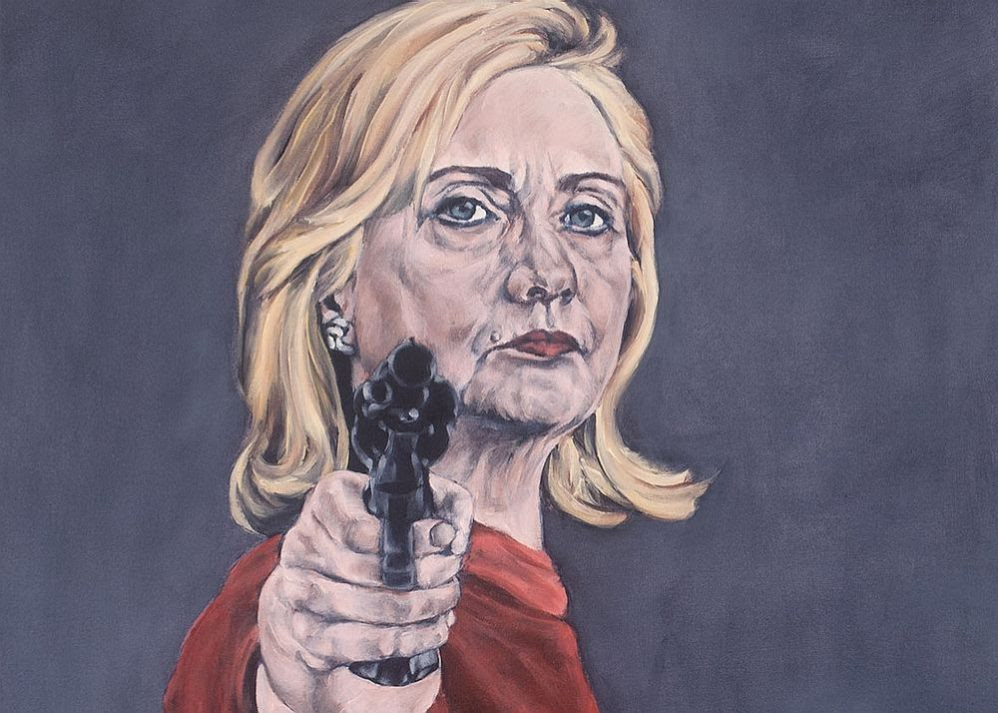 There’s always a lot of emotion after a horrific school shooting, and that’s completely understandable. There is also an immediate push for vague “do-something” gun-control legislation often wholly untethered from the incidents it is purporting to stop, which is less understandable. Worse, most of these efforts are bolstered by falsehoods and half-truths that make it virtually impossible to have a genuine discussion about the problem.
It’s an endless task, but let’s just take Joe Scarborough’s Washington Post column on the Parkland shooting as an example, since he uses a couple of the most fraudulent talking points about modern gun ownership.
The former GOP congressman, who once voted to repeal the “assault weapons” ban and never once “stood up” to the boogeyman NRA when there was any political risk, tells us he’s a “reasonable” conservative who believes in the Second Amendment. “I was relieved the court confirmed that citizens have a constitutional right to possess handguns at home for the purpose of protection,” Scarborough writes about the 2008 Heller decision.
That’s nice. But while Scarborough’s exceptionally narrow definition of Heller — possess handguns at home for the purpose of protection – might be convenient for a political argument, it’s misleading. The Heller decision found that the Second Amendment was an individual right to keep and bear arms for any “lawful purpose,” not merely home protection. It found that the Second Amendment “guarantee[s] the individual right to possess and carry weapons in case of confrontation.” (Italics mine.) And it specifically struck down a portion of a DC law that required rifles and shotgunsbe kept “unloaded and disassembled or bound by a trigger lock.”
It is not just about home protection or “handguns.”
Scarborough then offers this paragraph:

If Trump and the NRA try to tell you it is your God-given, constitutional right to stockpile weapons of war, they are lying. But don’t take my word for it. In District of Columbia v. Heller, Supreme Court Justice Antonin Scalia ruled that the regulation of gun ownership was compatible with the Second Amendment. That “important limitation . . . is fairly supported,” Scalia wrote, “by the historical tradition of prohibiting the carrying of ‘dangerous and unusual weapons.’ ”

No one is stockpiling weapons of war, unless they’ve illegally gotten their hands on fully-automatic M-16s. Moreover, Scarborough takes Scalia out of context. Of course there are limitations on gun ownership — there are over 10,000 gun laws being ignored by criminals as we speak. Many of these laws ban or put severe restrictions on “dangerous and unusual weapons.”

Heller, though, found that the Second Amendment protected weapons “in common use by law-abiding citizens.” The AR-15 clearly meets this criteria. If Scarborough and others are proposing banning all semi-automatic handguns and rifles, that’s their right. But their contention that AR-15s are “weapons of war” or especially “dangerous and unusual” compared to other widely-owned guns, they are mistaken. The idea that Scalia would support bans on semi-automatic weapons is risible.
The “assault weapon” or “assault rifle” mostly means “scary looking.” The AR-15 functions like any other semi-automatic. It is largely the cosmetics of the rifle that make it a useful political target. The lapse of the assault weapons ban in 2004 did not precipitate an uptick in gun violence. In fact, gun violence had soon fallen to historic lows (there is plenty evidence to suggest that crime rates have far more to do with social trends and economics than a rise or fall in gun ownership, but that’s another story.)
Moreover, though there are probably around 15 million AR-15s in civilian hands today, they are responsible for a small number of gun deaths — around two percent of gun homicides in 2016 were perpetrated by rifles, and not all of them AR-15s. The vast majority of gun homicides and suicides are committed using the kind of handguns that Scarborough believes Americans should be able to own.
Nor do murderers need AR-15s to shoot up schools. From 1999 to 2013, “assault rifles” were used in 27 percent of mass shootings — defined as four or more murder victims in one shooting. Seung-Hui Cho killed 32 people at the gun-free zone of Virginia Tech using two semi-automatic handguns.
Scarborough goes on.

“Maybe the gun lobby is panicking because history is not on its side. Since 1994, the number of hunters in the United States has fallen to about 15 percent. As Kurt Andersen noted in his book ‘Fantasyland: How America Went Haywire,’ just 3 percent of Americans own roughly half of the country’s guns. Three out of four Americans do not even own a gun.”

It’s true that today only 15 percent of adults live in households in which they, or their spouse, were hunters — it is an all-time low, the highest level was 31.6 percent in 1977. The second statistic offered by Scarborough, though, conveniently moves from households to individuals which makes the number of gun owners seem far smaller than it is. Sure, gun collectors will own a large percentage of individual guns. And yes, infants and the elderly don’t typically collect Sig Sauers. But according to Gallup 42 percent of households still feature a firearm (though I’m skeptical that many Americans answer this question honestly.) That number has fluctuated from 49 percent in 1961, down to 34 percent in 1998. Overall, those are still consequential numbers and they’ve changed little.
This attempt to artificially diminish the number of Americans who own guns works in concert with efforts to blame one organization, the NRA, which apparently has a mint in its basement and a supernatural power to make politicians complicit in mass murder. All of it is meant to create the perception that only a few people stand in the way of “common sense” gun legislation. It’s a myth.
“Poll after poll proves I am not the one out of touch,” Scarborough writes after listing a bunch of nebulous regulations he claims Americans support. (Let’s not forget that the last time Scarborough told us the GOP was going to pay dearly for failing to adopt restrictive gun legislation, the Republicans won a wave election.) Now, principled people don’t let the vagaries of polling dictate their positions, but they also tend to wait for specifics. Everyone wants safer gun ownership. What many don’t want are laws that inhibit legal ownership and do nothing to stop criminality. That’s basically all the Democrats have offered.
A big part of the problem is that gun-control advocates have a singular obsession with guns — especially, a particular style of gun — and very little concern for proper enforcement or warnings systems or cultural trends that have led to mass shootings or mental health risks or how we cover these shootings. This rejection of holistic solutions exemplifies their real intentions and makes Second Amendment advocates rightfully suspicious.
Source>http://thefederalist.com/2018/02/16/we-cant-have-a-debate-about-guns-if-liberals-keep-lying-about-them/

Posted by theodore miraldi at 5:09 PM