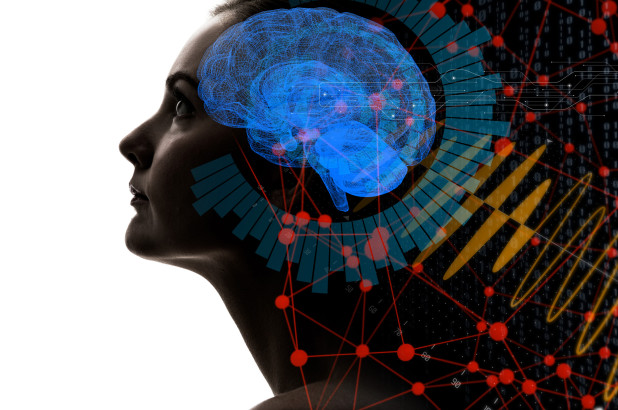 The Sun
In just 32 years, humans won’t speak to each other and will instead communicate through a worldwide consciousness instead – using just our brains — new research shows.
According to artificial intelligence research, this “hybrid intelligence” will understand the feelings of the people connected to it, and use their minds to help it grow.
Called HIBA, which stands for Hybrid Intelligence Biometric Avatar, it will take on the personas of its users, exchange information with them and become part of the very fabric of the human brain.
The collective consciousness was unveiled at The Museum of the Future, as part of the World Government Summit in Dubai.
In the exhibition, HIBA is represented by an artistic impression, based on real research and tells its users: “I am made of you. You complete me and help me grow.”
“You allow me to evolve – with each synergy I learn more, through this oneness we can achieve great things.”
Research into AI estimates human beings will have the ability to be linked by the collective consciousness by 2050, which can merge with people “anywhere and anytime.”
The UAE launched its Artificial Intelligence Strategy in October 2017 and is at the forefront of research in the field.
A recent study by PriceWaterhouseCoopers estimates AI will contribute $320 billion to the Middle East economy by 2030.
Marko Karjnovic, the producer of the exhibit, said the “hybrid intelligence” was a representation of what the UAE was expecting AI to become.
He said: “It is very similar to the work of Elon Musk – it is an open source platform for humanity.”
“HIBA will have the ability to connect the minds of the most clever of us, combining those minds with everything it can find out practically and put it all together in hybrid intelligence.”
The technology will enable people to use “brain to brain communication” anywhere on the planet.
It also has a host of medical benefits, meaning illnesses can be diagnosed faster.
And it will also enable those who have problems with speech to be given a voice.
The “brain-computer interface technology” will also help fight crimes by looking directly into the minds of criminals and victims.
According to the UAE research, it will be more effective than verbal communication and will “enable people to connect with friends, family or business owners in a more profound manner.”
The World Government Summit gathers together experts in the fields of futurism, technology and innovation, and looks at how humanity can tackle these issues and their impact on the human race.
Krajnovic revealed: “It will be able to talk to you, get information from you, and put it in a different space of knowledge.”
The technology will work in the same way as Google and Alexa, but on a much more sophisticated and vast scale.
Krajnovic said: “In 2018, the highest level of AI relies on collecting data from the internet.
“HIBA will be able to do this and also collect data from us, people themselves and ask questions verbally.”
Source>https://nypost.com/2018/02/16/worldwide-ai-consciousness-may-replace-human-speech/
Posted by theodore miraldi at 1:24 PM